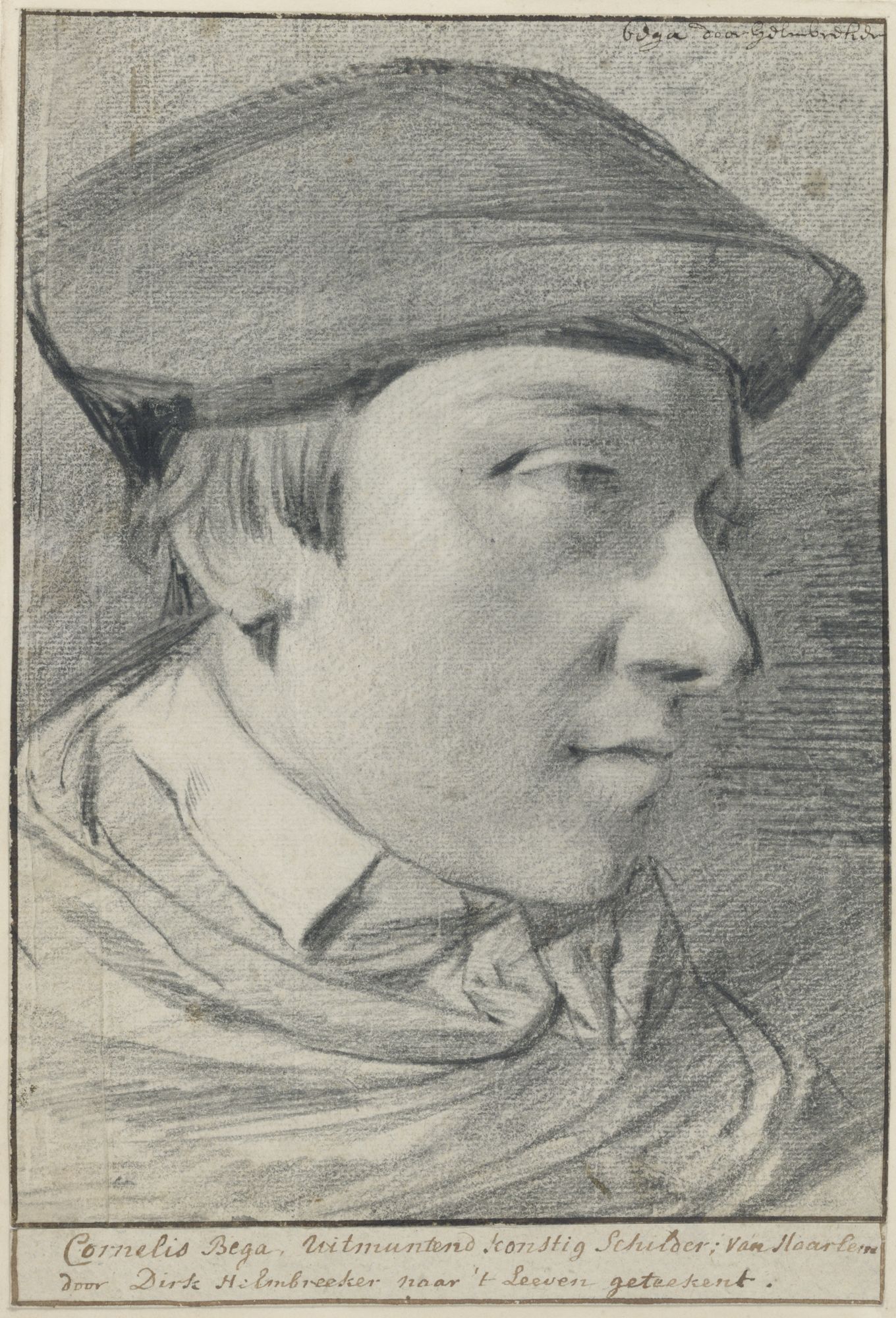 According to the inscription at the bottom of this drawing, Helmbreeker’s model was the artist Cornelis Bega (1631/1632-1664). The two young men from Haarlem, along with others including Leendert van der Cooghen (1632-1681), Gerrit Adriaen Berckheyde (1638-1698), Salomon de Bray (1597-1664) and his son Jan de Braij (see cat. 12) formed a close-knit group of artists who influenced one another and used red and black chalk in a similar way. The cross-pollination between Bega, Helmbreeker and Van der Cooghen is particularly striking. We know of countless portrait drawings and studies of male heads by all three artists, including self-portraits. They also often used each other as models,1 as in the case of this drawing. It is difficult to distinguish between their work and in it we find the same regular hatching lines in different directions.2

The young artists would meet to draw together and practise capturing one another’s features.3 This drawing was probably made at one such gathering. Bega’s averted head, not deliberately posing, may be explained by the fact that he too was busy drawing, perhaps capturing his own likeness. It is doubtful that this resulted in the self-portrait in Leiden; although Bega wears a similar hat in it, the shirt collar is different and he does not have a shawl draped around his shoulders.4

This drawing was probably made around 1650, shortly before the two artists left Haarlem in the company of Vincent Laurentsz van der Vinne (1628-1702) and Guillam Du Bois (c. 1623/1625-1680) in 1653, and travelled to Germany, Switzerland and France – only Helmbreeker was to reach Italy.5 In Rome, where he settled in 1654 and spent most of his life,6 he concentrated on painting religious subjects and genre scenes. He made excursions to Lyon, Paris, Naples and Turin, but only once went back to the town where he was born.

3There is also a head on the back of this sheet, in red and black chalk, probably the impression from another drawing (which may not have been drawn by Helmbreeker but by one of his friends).