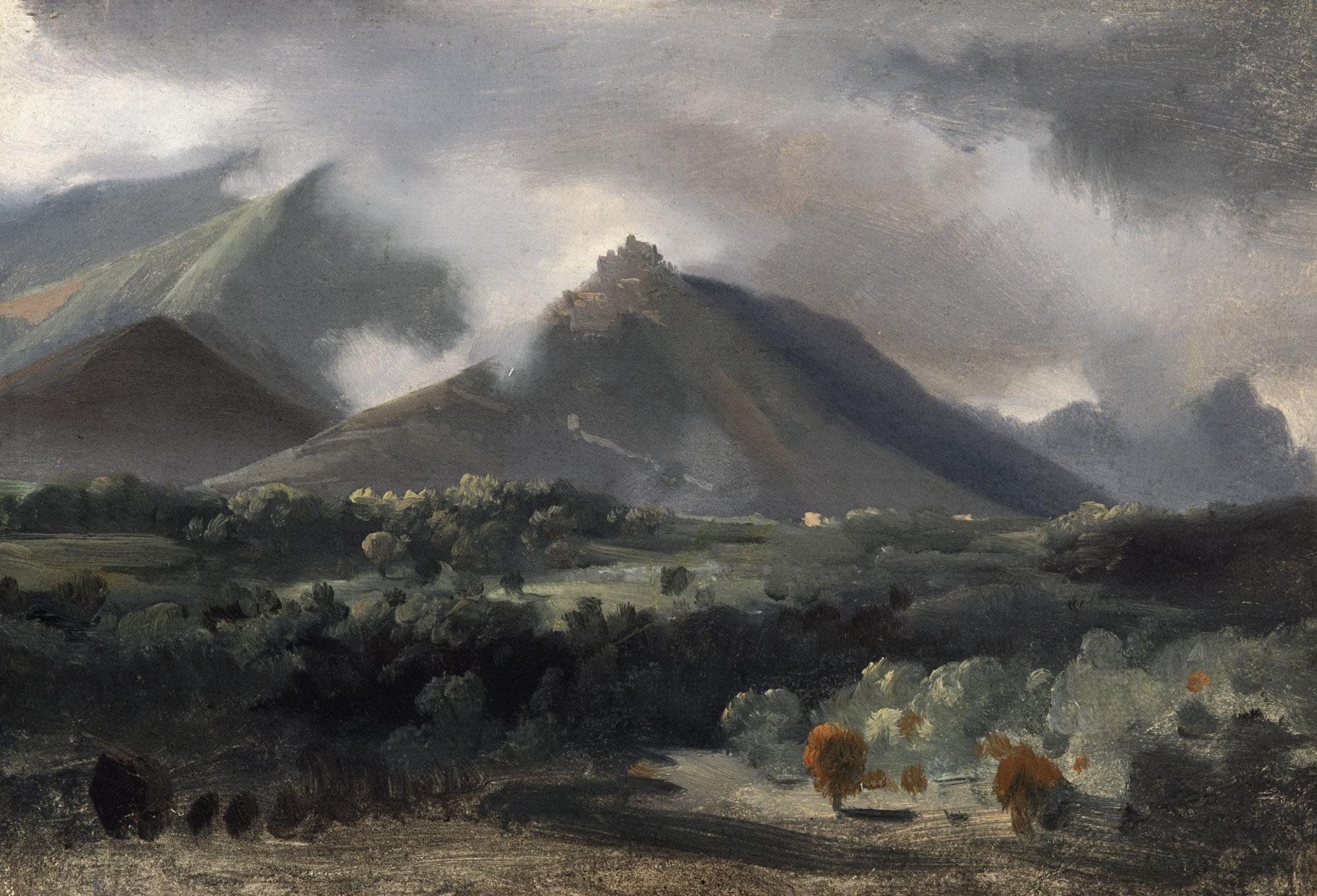 Rémond studied alongside Michallon (cat. 21) at the École des Beaux-Arts and, after winning the Prix de Rome for historical landscape, lived as a pensionnaire at the French Academy in Rome between 1822-25. Upon his return to France he published a series of lithographs based on his Italian studies and set up a successful studio which was attended by Rousseau (cat. 139, 140 and 141), among others. Committed to painting directly from nature, Rémond continued to travel and produced a large number of oil sketches in Italy, Switzerland and France, many of which he sold at auctions during his lifetime. According to an inscription on the back of its stretcher, this view of misty mountains near Tivoli was painted in 1829. The artist must have been struck by the dramatic atmosphere created by the heavy clouds behind the hilltop village of Monticelli. Painted with a spontaneous brush, the sombre palette is restricted to tones of grey and green, with touches of brown lightening up the foreground.