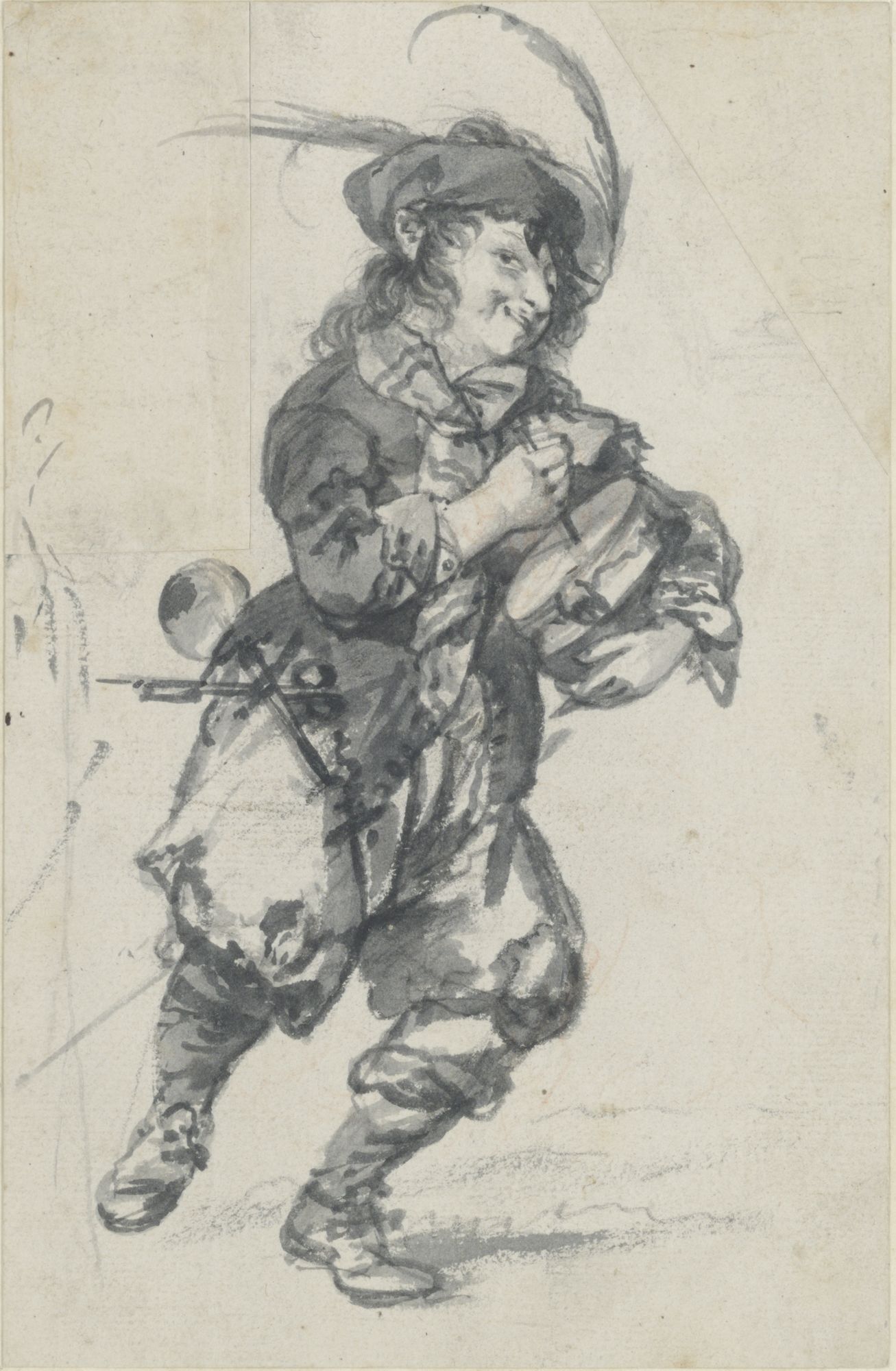 It is easy to see what it was about this boy that appealed to the artist. With his roguish look he shares his pleasure with the viewer. The boy is delighted with his rommelpot, which he clutches firmly under his left arm so that he can dance to the sounds it produces, even though this does not require much musicality from him. The old folk instrument, which is also called a foekepot, was made of a pig’s bladder stretched over an earthenware pot, with a reed poked through it. The distinctive sawing or grinding sound was produced simply by turning the stick with a damp hand. On St Martin’s Day, New Year’s Eve, Twelfth Night or Shrove Tuesday, boys and girls went through the streets with their rommelpots to sing at doors for sweets and pocket money.1 That this happy boy was probably involved in such an activity can also be seen from the scarf which is knotted around his neck, and would not have been a luxury during a winter procession. The wooden spoon – a symbol of folly – might indicate that it was carnival time.

Frits Lugt thought that Adriaen van der Werff, court painter to the Elector Johann Wilhelm von der Pfalz (1658-1716) between 1697 and 1716, had drawn this little rommelpot player. This attribution (De ridder Van der Werff) seems to have been made as early as 1769. It is very likely that this is the same drawing that was described in the sale of J. G. Kramer’s collection as ‘A Boy dancing and playing a rommelpot, in a comical costume, with black chalk, and Indian ink wash.’2 Nonetheless, the drawing was also ascribed to Caspar Netscher (1635/1636-1684)3, an attribution probably linked to three drawings of children’s heads – also drawn with loose, grey brushstrokes – in the collection of the musée du Louvre.4 It is interesting to note that it was Lugt who attributed those to Netscher, and no longer considered them to be by Van der Werff. However, there are a number of drawings by Van der Werff of exuberant children with tambourines which are very like the rommelpot player.5 One of those drawings was used in a painting in Munich which shows a group of children playing music outside a door.6 The figure in the lower right certainly refers back to our drawing.

Point of the brush in grey ink and grey wash, over black chalk and some traces of red chalk; new piece of paper added at upper left and right corner. – 169 × 110 mm