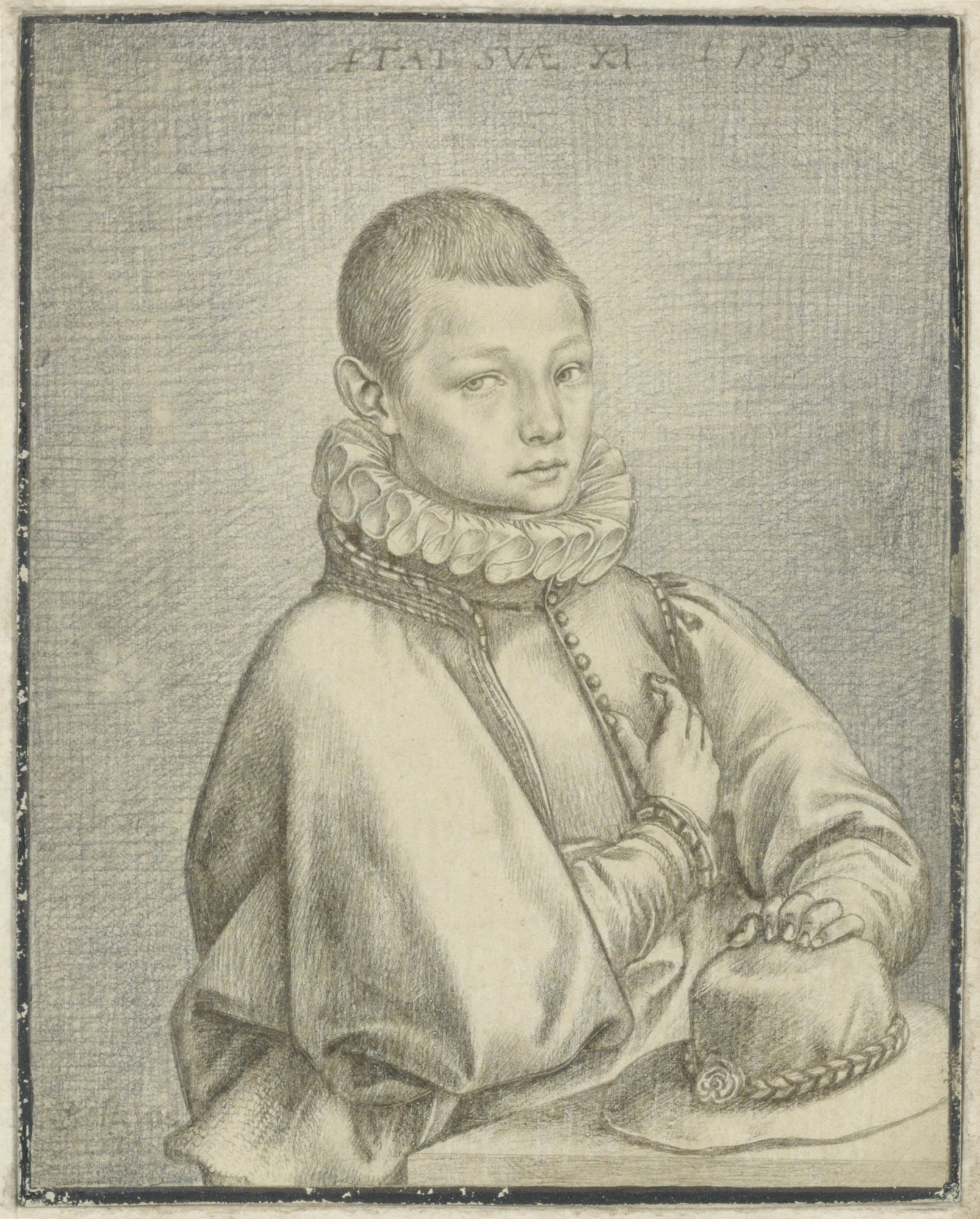 Before Hendrick Goltzius went to Italy in 1590, he concentrated on drawing small portraits in metalpoint. The young artist must have earned a living from this, alongside the work he did for his teacher Dirck Volkertsz Coornhert (1522-1590), whom he had followed to Haarlem in 1577 and made engravings for.1 The dozens of little portraits that have survived are of well-known figures (such as Pieter van Foreest (1521-1597), William of Orange’s court physician),2 but also of friends and acquaintances. Some were designed to be executed in prints (or as medallions), while others were works of art in their own right. This detailed portrait is probably an example of the latter category. Goltzius achieved the variety of grey tonal values and the suggestion of texture – smooth hair, a cotton ruff and a woollen coat – with two different metalpoints so as to vary the hatching. He signed the sheet and noted the age of his model – another indication that he considered it to be an independent work.

We do not know who might have carried this little portrait as a much-loved object in a case or hung it on the wall in their house. Many of Goltzius’s portrait drawings have long-established identifications which, in the best cases, go back to the time of the artist himself and are therefore credible.3 There is no clue to the identity of the sitter in this drawing. We only know that the boy – who looks at the viewer with a sweet but slightly timid expression – was eleven years old when Goltzius captured his features on parchment. He may have been the son of friends or a nephew.4 Goltzius portrayed his stepson Jacob Matham (1571-1631) several times, including in a silverpoint drawing when he was thirteen.5 Although the boy in this drawing was roughly the same age as Matham (eleven in 1583 as opposed to thirteen in 1584), there is no physical similarity between the two. The metalpoint drawing of a twelve-year-old in Berlin also seems to be of another boy.6

4An Van Camp, ‘Metalpoint Drawings in the Low Countries in the Sixteenth and Seventeenth Centuries’, in Stacey Sell and Hugo Chapman (eds.), Drawing in Silver and Gold. Leonardo to Jasper Johns, exh. cat. Washington D.C.(National Gallery of Art) and London (British Museum) 2015, p. 150.