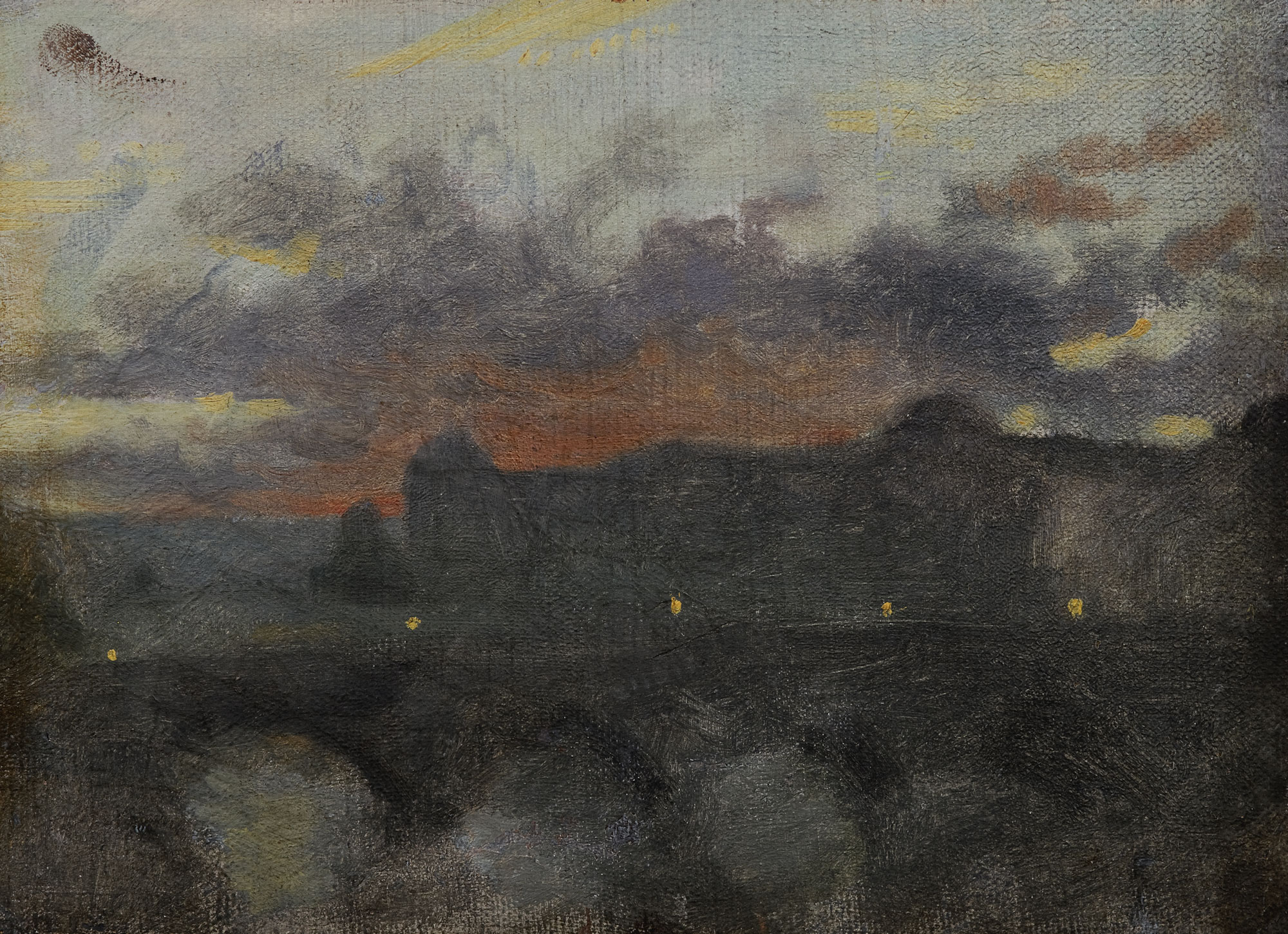 Mostly known as a photographer, Charles Nègre features among the pioneers of the technique and is seen as a precursor of street photography. In describing photographs he took in the south of France in August 1852, Nègre wrote that, being a painter himself, he kept painters in mind and: “Wherever I could dispense with architectural precision, I have indulged in the picturesque; I have sacrificed a few details, when necessary, in favour of an imposing effect […]”.1 This brilliantly atmospheric study in oils captures the artist’s painterly sensibility. The silhouettes of the Pont du Carrousel and the Louvre merge into a dark mass, broken up by the yellow dots of the street lanterns and set against a sky of glowing red and purple clouds. Nègre’s studio was located at 21 Quai Bourbon, just a short walk away on the Île Saint-Louis. The painting has never been varnished, which enhances the dryness of the execution. It was part of a group that remained with the artist’s family and only appeared on the market in 2014, alongside three other studies painted from almost the same spot at sunset.