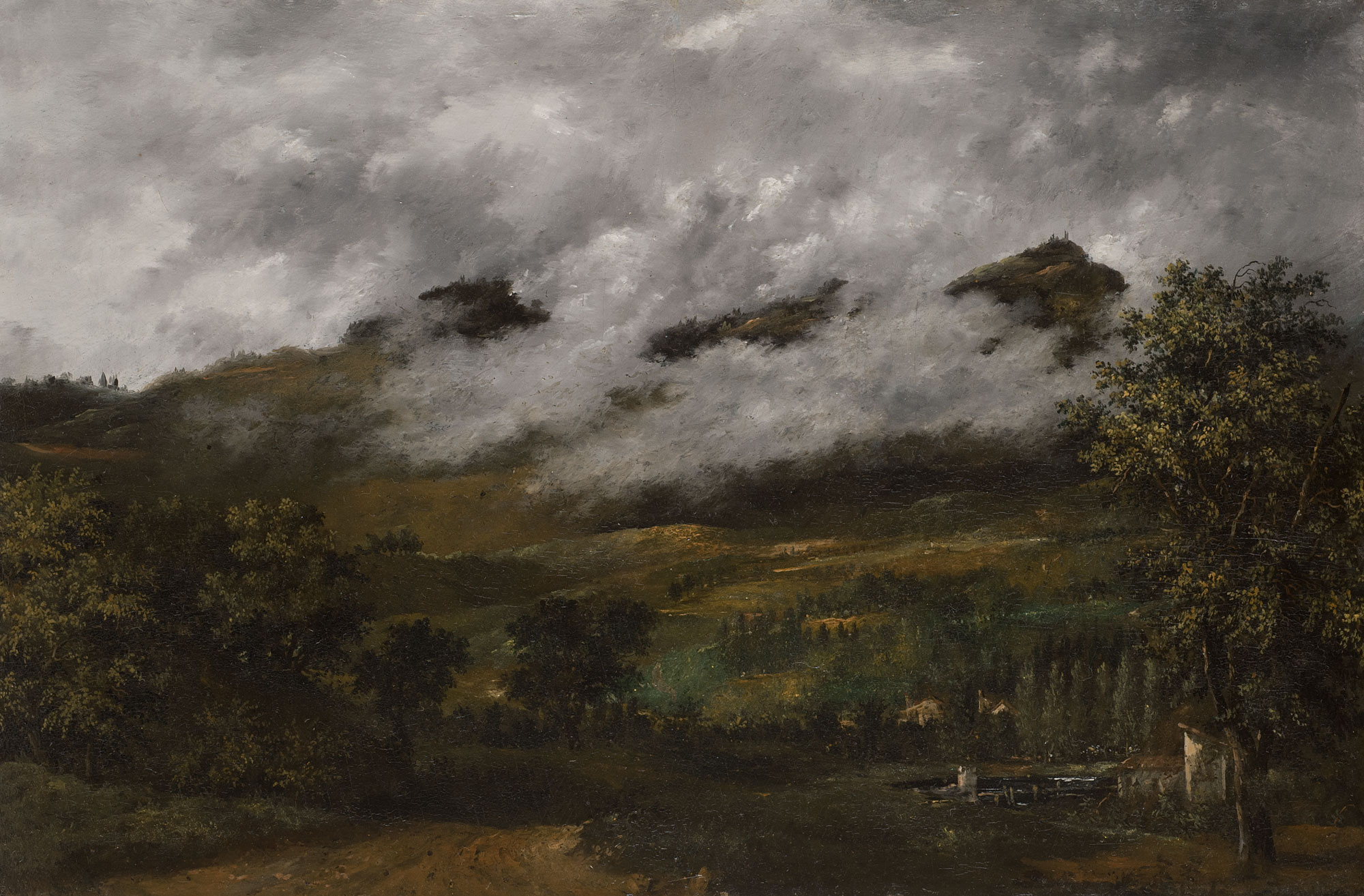 Alongside his contemporaries Valenciennes and Bidauld, Alexandre-Hyacinthe Dunouy was a member of the first generation of painters of paysages historiques who regularly worked in the open air. In France, he painted in Paris and its surroundings, Lyon, the Auvergne and the Savoy. He travelled to Italy in the 1780s, and throughout the following decade exhibited views made in and around Rome and Naples at the Paris Salon. He would return to Naples between 1810-15 as official court painter to Joachim and Caroline Murat, overlapping with the Belgian pleinairiste Simon Denis (cat. 87). This view of a misty mountainous landscape, painted on a grey dreary day, has been dated to Dunouy’s first trip to Italy. The meticulous level of detail is typical of the artist. It may be one of the rare works to have survived a fire that destroyed nearly all of the early Italian oil studies in his Paris atelier on 23 February 1803. Its intriguing wooden frame, with carved plant motifs, is dated to the late eighteenth century.