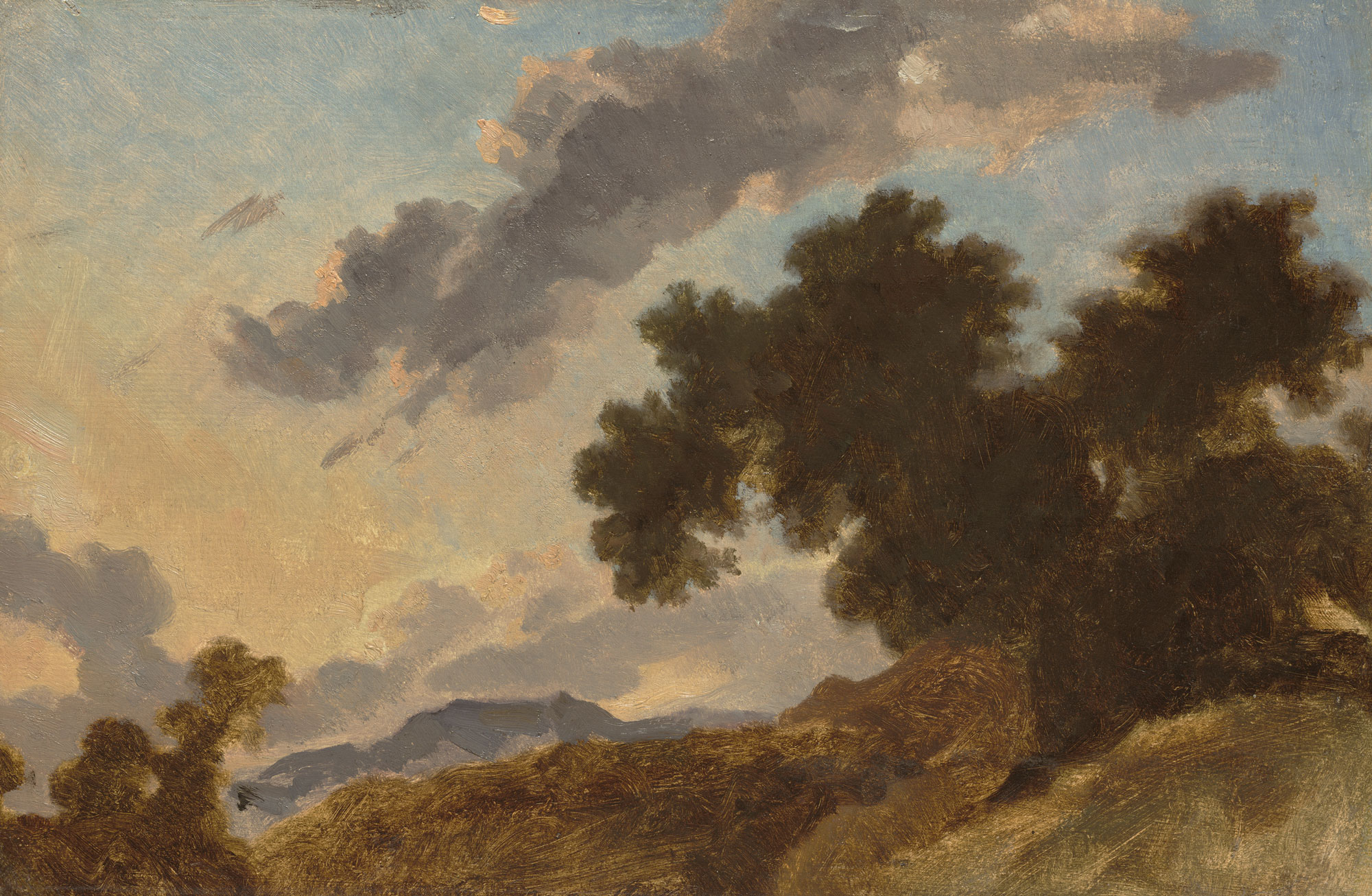 One of the earliest works in the exhibition, Mountain Landscape at Sunset is among the rare surviving oil studies by Fragonard that could plausibly have been painted in the open air. There is an evident speed and spontaneity to the brushwork, and a recent author described it as having the characteristics of “a quick response to nature, as if the artist were recording an impression glimpsed from a carriage window as it rolled through the countryside.”1 The paint is applied thinly in the foreground and the trees, with thicker touches adding volume and character to the foliage, while the opaque purplish-grey of the mountain range at lower centre is echoed in the contours of the clouds above. The low viewpoint of the study is common to the landscapes Fragonard painted in the 1760s. Though the artist made drawings from nature throughout his career, including a spectacular series of landscapes in red chalk produced during his time as a pensioner of the French Academy in Rome between 1756-61, sketches in oils remained relatively unusual during this period.

1Richard Rand, in Philip Conisbee et al., French Paintings of the Fifteenth through the Eighteenth Century. The Collections of the National Gallery of Art Systematic Catalogue, Washington, D.C., 2009, p. 158.