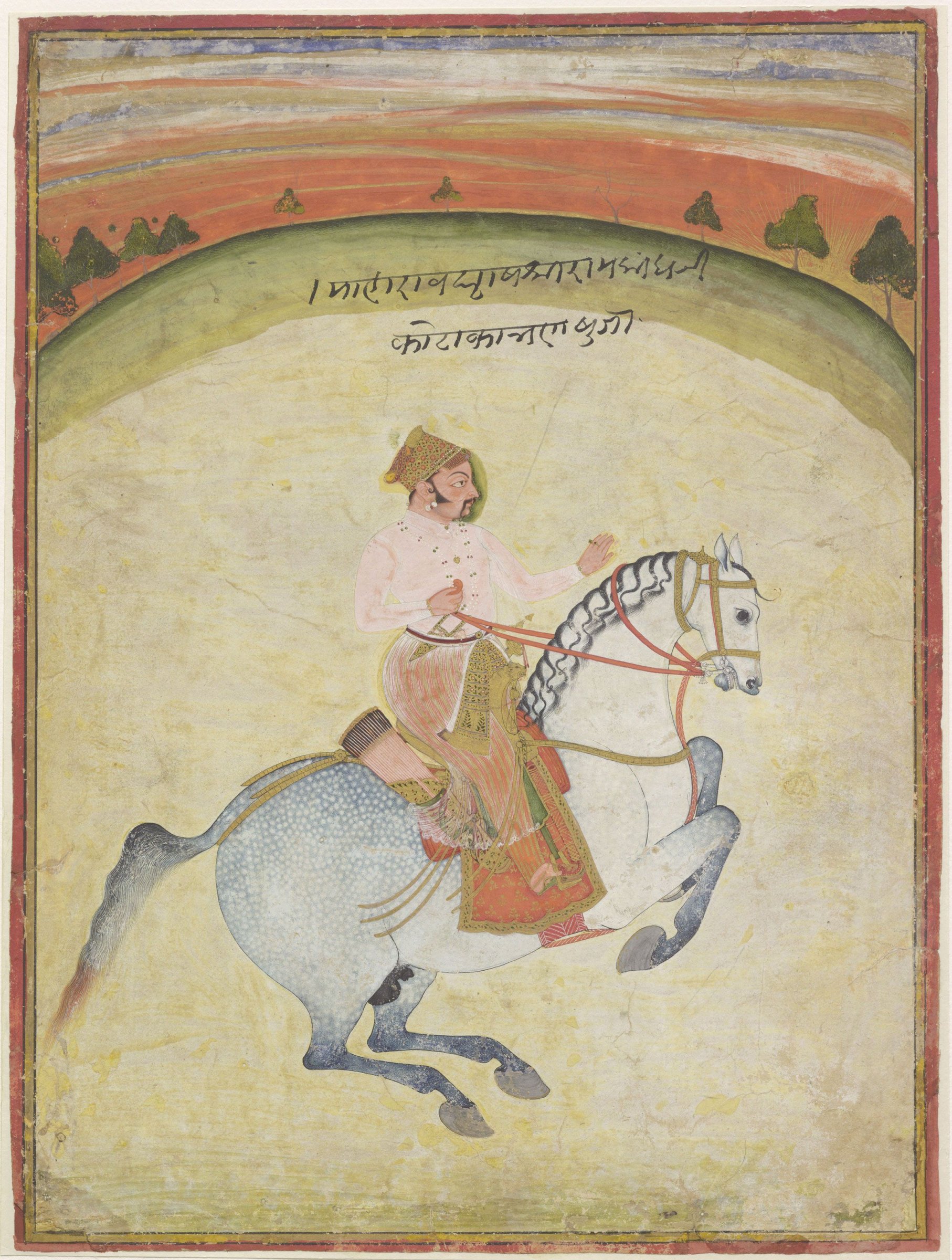 The Fondation Custodia holds some 220 Indian miniatures.1 Frits Lugt purchased the first in 1921, probably inspired by the example of Rembrandt who, in his day, copied at least 25 Mughal miniatures. Lugt possessed one of these copies after a portrait of the Mughal emperor Shah Jahan (reg. 1628-1658).2 But it was his successor, Carlos van Hasselt (1929-2009), director of the Fondation Custodia as of 1970, who undertook a more active and forthright policy of acquisitions, with the assistance of the art collector and dealer Sven Gahlin (1934-2017). As a result, the collection is rich with examples of the Mughal School, but also holds a fair number of works of various provincial Schools. In the past few decades the Fondation Custodia has sought to acquire pieces from Schools that are less well represented in the collection, so as to offer a more complete view of Indian painting.

Recently, three portraits entered the collection. The Mughal School was enriched with a portrait of the emperor Farrukhsiyar (1683-1719), who reigned from 1713 to 1719, and of whom the Fondation Custodia did not yet possess a representation (see cat. no. 10). The gouache is attributed to the artist Kalyan Das, known as Chitarman II, active between circa 1700-1745, whose style it does indeed recall.3 He is reputed for using a subdued palette; his greys and whites are applied with few half-tones, giving the composition an aspect devoid of depth. Chitarman II, probably a court portraitist, depicted the emperor Farrukhsiyar on several occasions.4 The latter is seen here richly garbed in white, accompanied by a servant holding a morchal (peacock feather fly whisk). His face stands out against a golden halo behind his head. The artist concentrates on the two figures, while the background is left entirely vacant.

The second miniature (see cat. no. 85), painted at Kotah in Rajasthan around 1700, is an important acquisition for the Fondation Custodia, which until now held only later sheets from this School, mainly represented by works from the second half of the eighteenth and nineteenth centuries.5 This one is a portrait of Rao Ram Singh, known for his military feats, who ruled over Kotah from 1696 to 1707.6 His portrait, probably done during his lifetime, shows him on horseback in an extensive landscape.7 This type of equestrian portrait belongs to a whole tradition in Kotah, expressed also by the special care the artist gave to the shades of the horse’s coat.8

Lastly, the third portrait belongs to the Tanjore School (Thanjavur), located in the south of India (see cat. no. 86). Until recently the Fondation Custodia did not possess a single example from this region; this portrait of Raja Tulsaji (or Tuljaji) of Tanjore (reg. 1765-1786), entered in 2013, is the latest acquisition.9

It was under the reign of Raja Tulsaji that Tanjore fell under the governance of the British East India Company. The Raja was first imprisoned before being restored to his role by the Company in 1776: he nonetheless remained under British control. This portrait shows him under a canopy surrounded by huge cushions and holding a sweet-smelling jewel. What makes this painting special is the presence of fragments of beetle-wing cases, used to produce the impression of dazzling jewellery. More typical of the Basohli School, in Northern India, this technique was hardly ever used by the other Schools. The same composition, including the presence of elytra, is found in a portrait held in the Clive Collection of Powis Castle.10 RSB

7According to ibid., p. 45, our sheet would be practically contemporary with the reign of Rao Ram Singh, but the inscription above would be more recent.