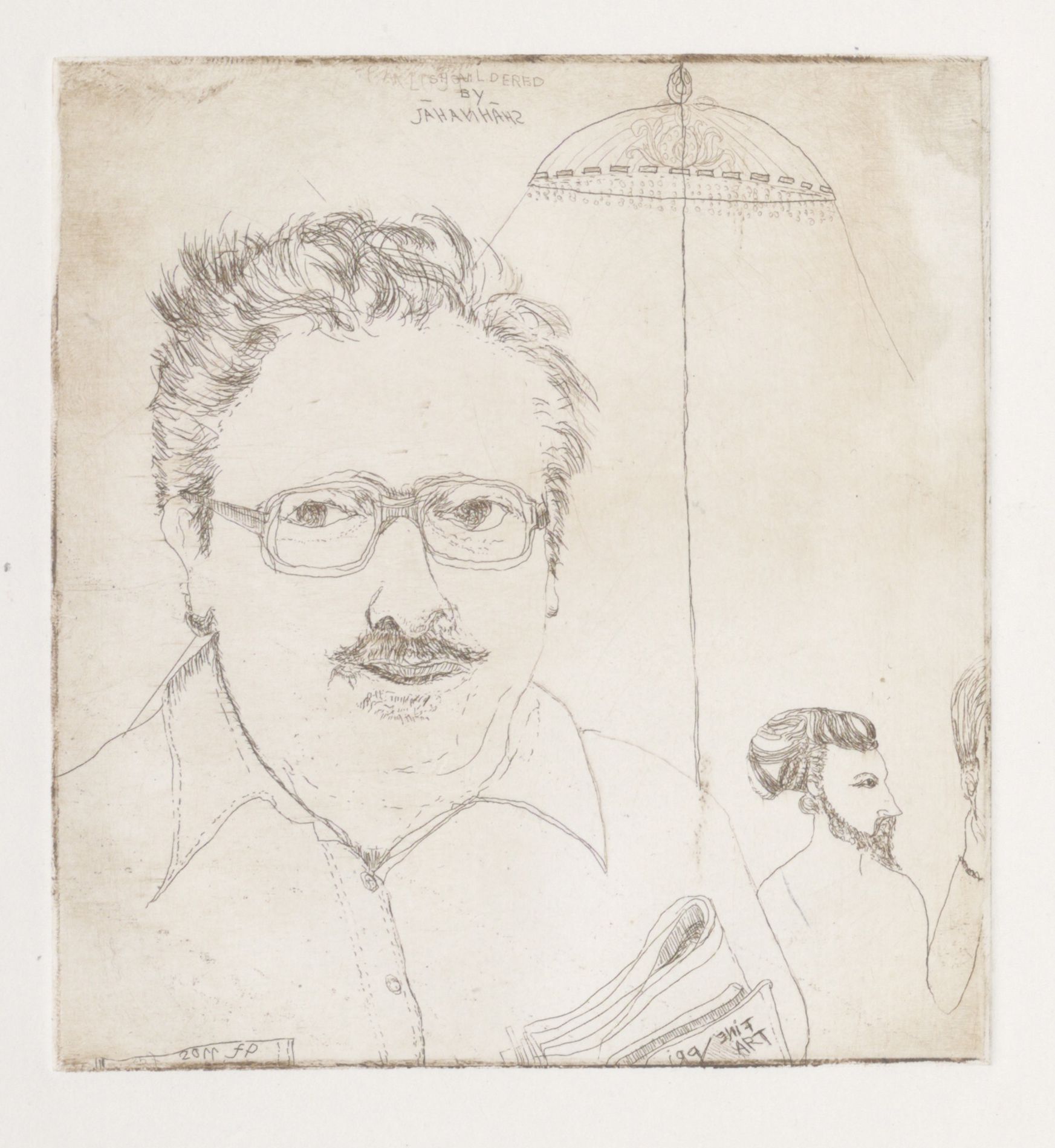 This etching by Frans Pannekoek tells the story of a long friendship and a shared passion for art. It was in February 1970, a few months before Frits Lugt’s death, that the Institut Néerlandais held its first exhibition devoted to the artist. These bonds would be strengthened even further under the directorship of Carlos van Hasselt (1929-2009). Shortly after coming into office, the new Fondation Custodia director proposed a particular patronage, in the form of a monthly income, to guarantee the growth of the Fondation collection with the finest prints specially selected by the artist. When he retired in 1994, Carlos van Hasselt donated more than three hundred prints and a hundred drawings by Pannekoek to the Fondation Custodia. Since then, the collection has continued to grow, most notably with the addition of more than sixty prints in 2011, filling several lacunae.1 In its sheer scope, the ensemble of works by Pannekoek held today at the Fondation is probably the largest outside of the Netherlands, offering a complete survey of the artist’s creations since his first works.

Consisting essentially of still lifes and landscapes, Pannekoek’s printed corpus features a few rare portraits – and even rarer, self-portraits (see cat. no. 59). He apparently limited his forays in this genre to members of his intimate circle, whom he handled with a touching sensitivity. For the portrait of the Patient in a Hospital and those of Marja and Astrix2 he adopted a frontal half-length framing on a neutral ground, but he chose an almost allegorical composition for the portrait of his friend, the Netherlandish writer Gerard Reve (1923-2006),3 and for that of Carlos van Hasselt. In the latter, starting from a photograph of his model, Pannekoek represented him “shouldered” by Shah Jahan, a true icon of the Fondation Custodia. Indeed, in 1920, Frits Lugt had acquired a drawing by Rembrandt4 after an Indian miniature depicting this Mughal emperor (1592-1666), the celebrated builder of the Taj Mahal. In 1972, Carlos van Hasselt, a great connoisseur of Indian miniatures,5 was able to reunite the Dutch master’s drawing with one of his probable inspirations: a miniature depicting the sovereign in a very similar pose, under a baldachin.6 Pannekoek revisited the composition, putting the baldachin slightly off-centre over his model, while the Shah’s congenial silhouette stands out against his shoulder, reversed with respect to the original. The artist humorously and fondly revived the memory of the recently deceased director, in the company of the talisman-figure that continues to be associated with his name. He produced nine states of this print, presenting variations in the inscriptions, as well as several inking effects and heightening in colour pencils applied on certain impressions.7 Attesting the close friendship between the two men, Pannekoek dedicated most of the prints reserved for the Fondation Custodia with the inscription “for Carlos van Hasselt”.8 MNG

5Frits Lugt purchased seven Indian miniatures during his lifetime, but it was under the directorship of Carlos van Hasselt that the collection truly developed, sustained by an active acquisition policy as of 1970. Today with a wealth of over 200 items it is among the first in France.

7In addition to this impression of the first state the Fondation Custodia holds impressions of the second, seventh, eighth and ninth states, inv. nos. 2011-P.116 to 121.