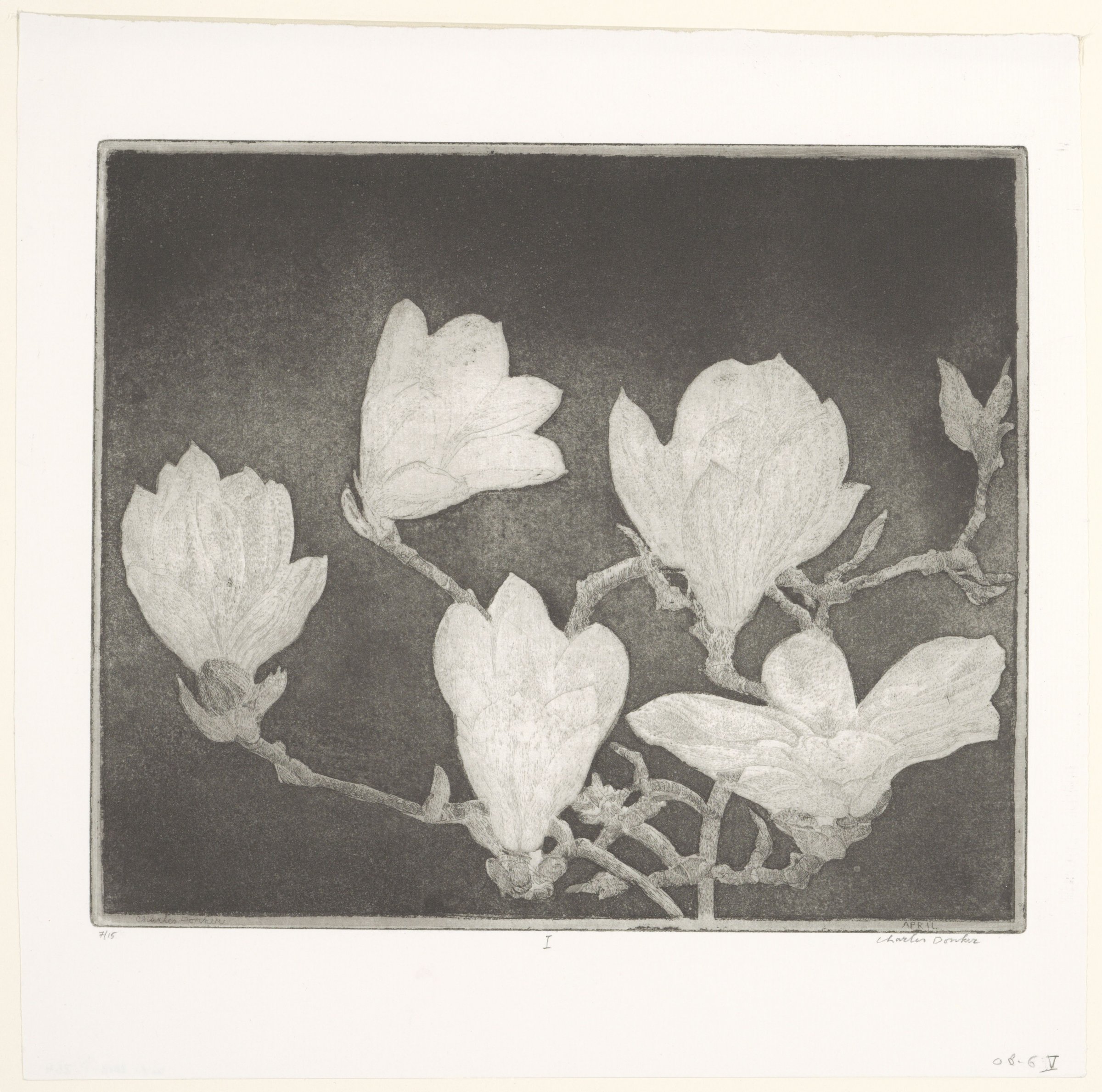 As early as 1973, the Fondation Custodia began collecting the work of the Dutch draughtsman and printmaker Charles Donker.1 In an attempt to assemble a fine selection from his printed oeuvre, a group of 195 etchings was acquired over the last years, including Magnolia and Two Pine Cones. Crab in a Box, a gift from Peter Schatborn, was recently added to the collection. The three prints demonstrate Donker’s lifelong interest in nature. The young artist would often skip class, preferring to wander through the meadows around his hometown Utrecht with his sketchbook and drawing materials in hand. He continued to depict nature throughout his career, travelling not only within the Netherlands, but also to France, England, Spain, Poland, Peru and Israel.

Animals, more often dead than alive, represent a special category in the oeuvre of the artist. They are usually depicted on a blank background with little to no suggestion of their natural habitat.2 Crab in a Box is an exception (see cat. no. 27). The entire copperplate was used up, resulting in a daunting image of a dead crab lying upside down on the bottom of its own coffin. The artist challenged himself with the foreshortened perspective and the complex structure of the crab’s exoskeleton, which is convincingly rendered with fine lines and subtle hatching in different tones of grey.

The structure of things, as well as rhythm and abstraction, are also important in both Magnolia and Two Pine Cones, two relatively recent works by Donker. In the case of the former, the artist seems to have been particularly interested in rendering the robust, gnarly branches on the one hand and the delicate petals or budding leaves on the other. The vulnerability of the white leaves is further accentuated by the dark background, added by the artist with aquatint in the second state. Magnolia (see cat. no. 28) is the first in a series of three etchings of magnolia flowers, executed between 2007 and 2009.3

Inspired by the complex spiral pattern of the scales, Donker also repeatedly depicted pine cones.4 Two Pine Cones (see cat. no. 29) is one of his earliest prints with this subject. It shows the same pine cone, seen from above and from the side. According to the artist, drawing a pine cone is extremely difficult. “The pattern of how they the scales lie obliquely above each other. That is astonishingly difficult to get hold of. Then there is the problem of light and dark: all those scales, catching light, come from a dark core. Together they form a volume, a cone shape with its own gradient of light and darkness”.5 MR