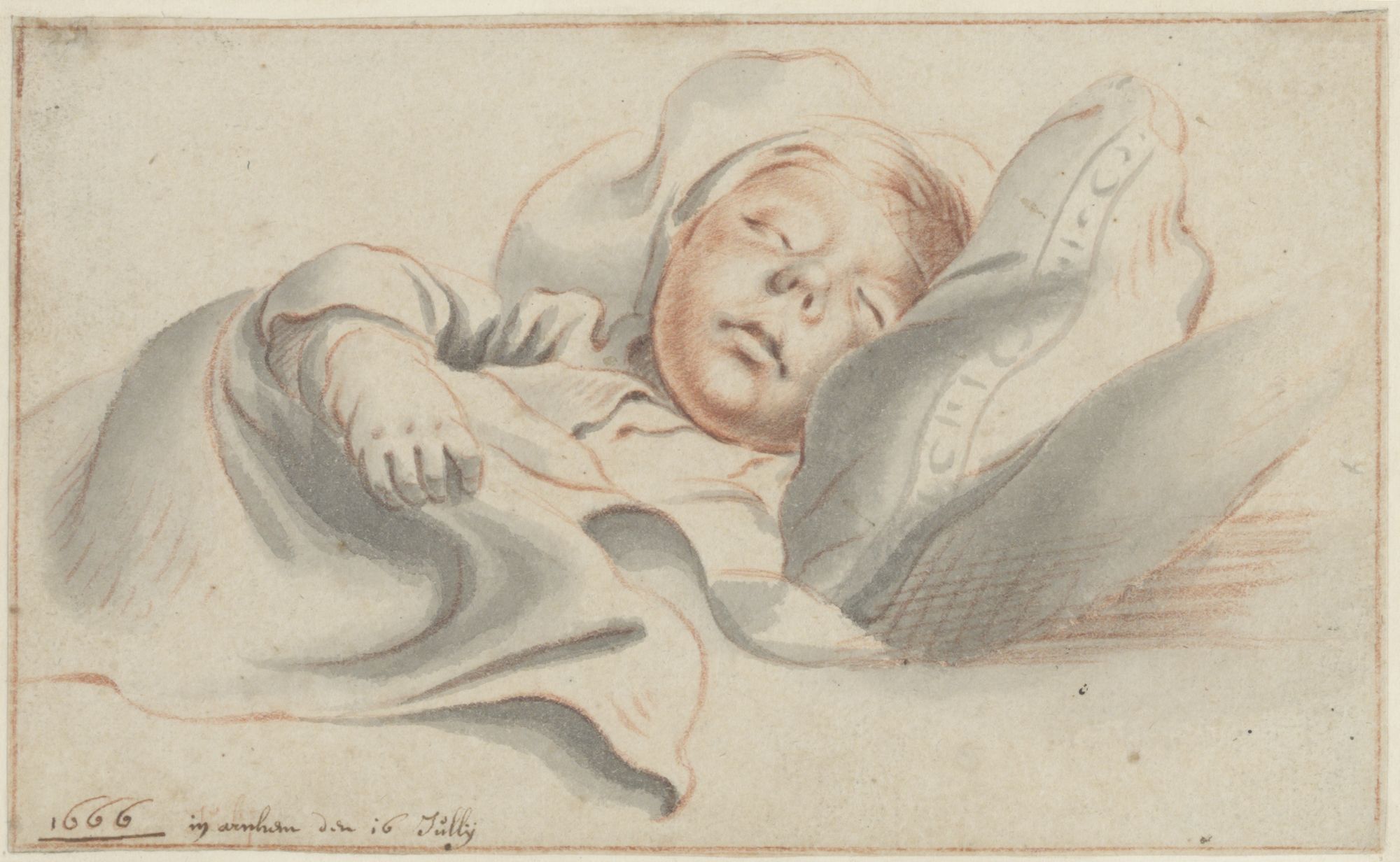 Frits Lugt must have attributed this drawing to Salomon de Bray (1597-1664) by mistake. This sheet of a child peacefully sleeping is dated 1666, whereas the painter had already died in Haarlem in 1664. Furthermore, the dating does not correspond to the way De Bray consistently dated his work: first the year, followed by the number of the month, a small dash and the day below it.1 Arnhem, as the drawing’s place of origin, does not point to Salomon de Bray either; he was a homebody and spent the whole of his life in Haarlem.2

The reason to think of De Bray as the maker of this drawing was surely the technique, a combination of red and grey. Salomon de Bray and his son Jan (see cat. 12), achieved the combination of red and grey solely with two colours of chalk. The origin of this technique appears to lie with Jacob Jordaens (1593-1678) who, through his pupil Leendert van der Cooghen (1632-1681), may have influenced the popularity of drawing in black and red chalk in Haarlem.3 However, in this sheet the grey was applied with a brush and grey ink. There is a drawing by the German artist Johann Andreas Graff (1637-1701), the husband of Maria Sibylla Merian (1647-1717), which comes close to this sheet in terms of technique,4 but he has left few traces as an artist.

The power of observation of the anonymous maker of this drawing was well-developed. The child is fast asleep, its head nestled in the pillow. The attention paid to the knuckle dimples in the baby’s right hand is particularly striking. A precious moment has been recorded here. The artist drew the framing lines in red chalk to contain this dreamy moment.

Inscribed by the artist, in red chalk, lower left, illegible (probably the date); traced by a later hand, in pen and brown ink, 1666 in Arnhem den 16 Jullij. On the verso, inscribed, lower right, in pencil, cp