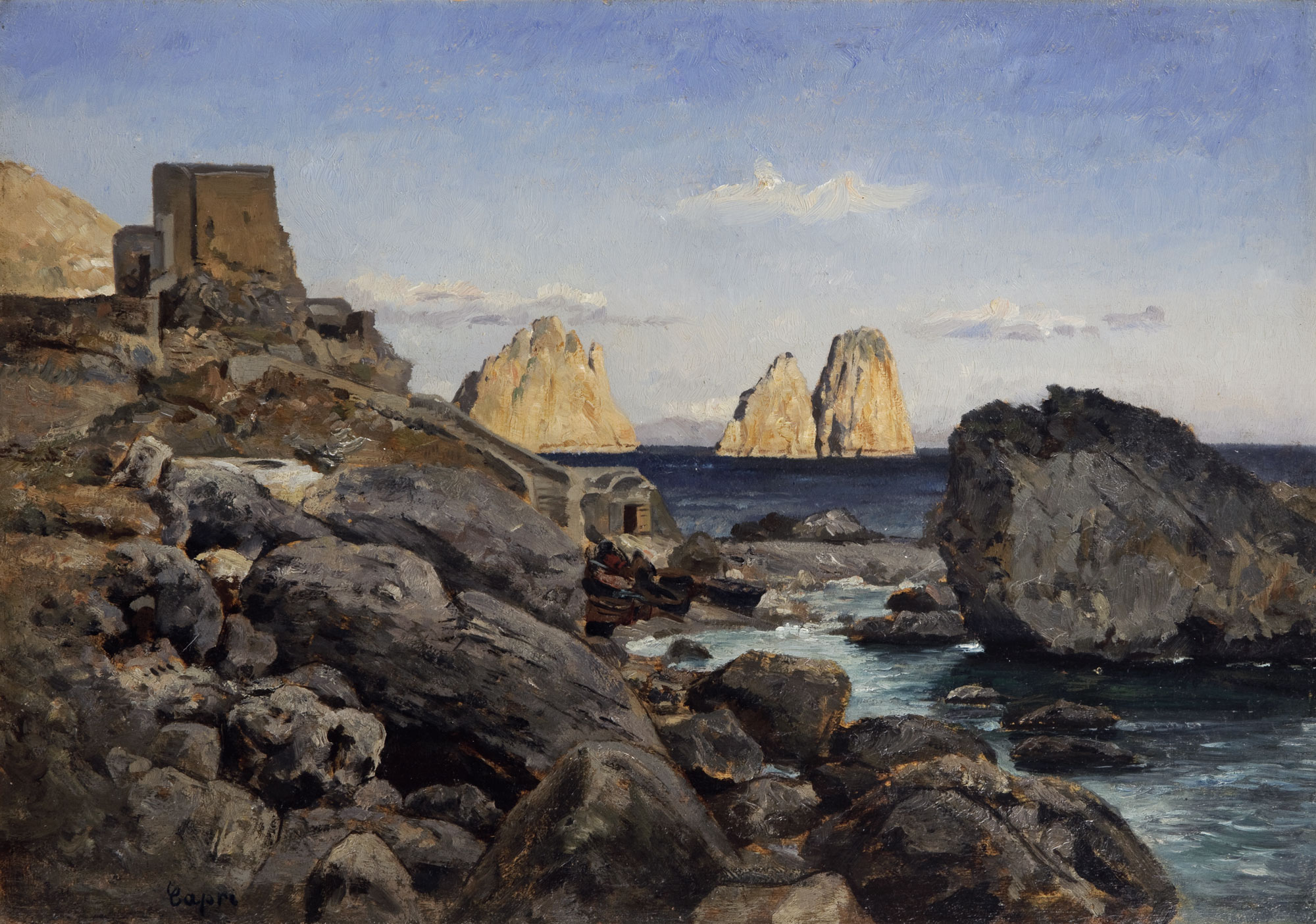 Kopisch’s view of the Marina Piccola is taken from almost the exact same spot as Kyhn’s (cat. 101), yet at a later time of day. Here, the three stacks of the Faraglioni are brightly illuminated and the rocks in the foreground have colder tones. Its pendant shows a cropped view of houses on the island, set against its characteristic inky blue sky (cat. 99). The Prussian poet and painter probably did more than anyone to help establish Capri’s notoriety. During his visit to the island, Kopisch stayed in an inn run by the local notary Giuseppe Pagano, who told him tales of an ancient cave with waters of an indescribable blue. On 17 August 1826, along with the painter Ernst Fries (1801–1833), Kopisch ‘rediscovered’ what became known as the Grotta Azzurra and left a detailed account in Pagano’s guestbook. He would later publish a booklet with this account, which fired up the imagination of the Romantic traveller and stimulated mass tourism to the island.