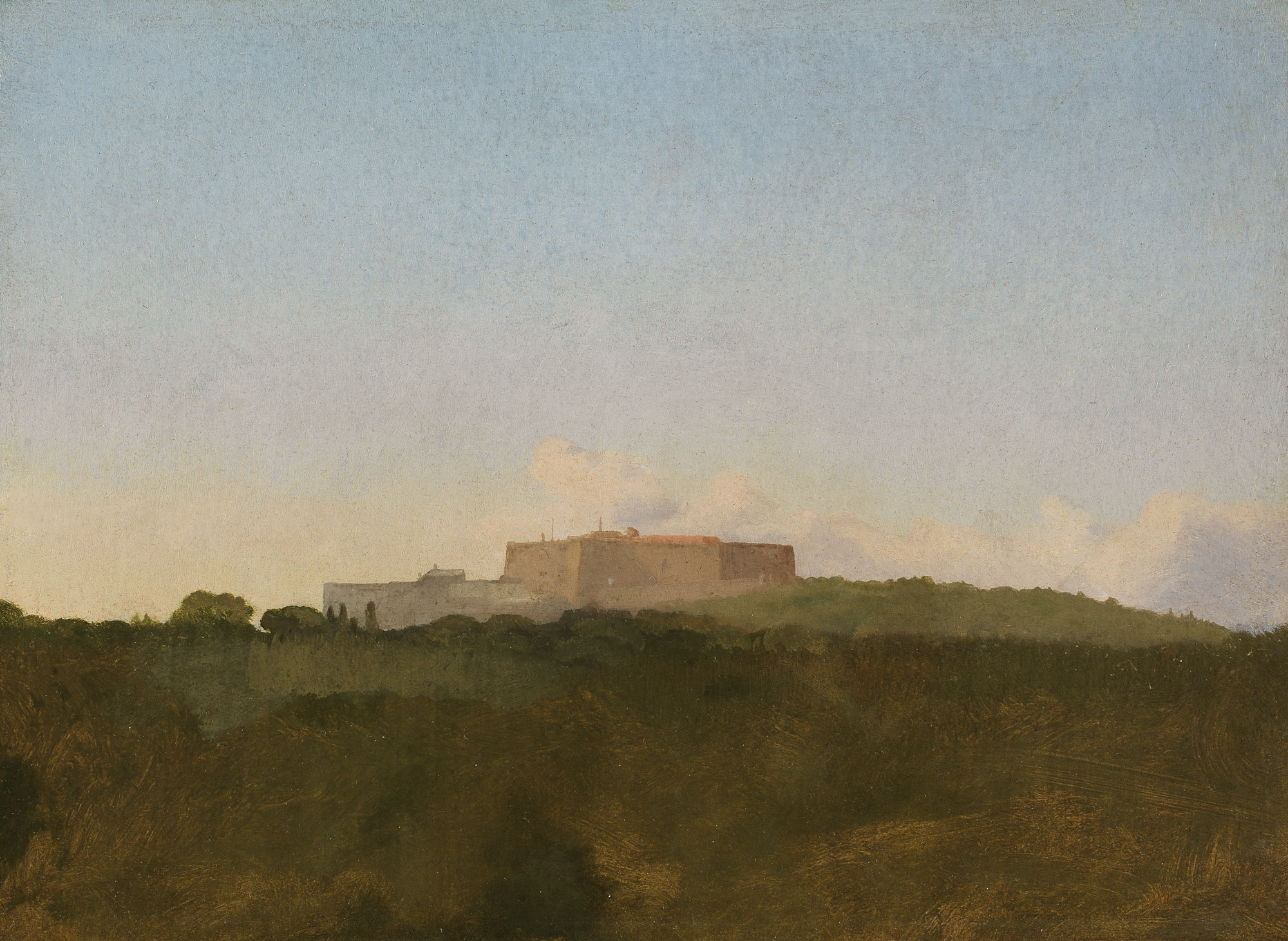 Degas was the only Impressionist painter to make the conventional trip to Italy in his youth. During his three years in the country between 1856-59, he made a small group of plein air landscapes, many of them in Naples. His paternal grandfather had established himself there as a banker after fleeing the French Revolution, and the artist’s father was born in the city. This view of Castel Sant’Elmo was probably painted from Capodimonte, where the family owned a summer villa. Executed in thinned-down oils on prepared paper, this small painting beautifully captures the pearly quality of the Neapolitan sky, described more than once by Degas in notebooks from his Italian journey. Clearly inspired by the motif, the artist also depicted it in watercolour and in a pencil drawing dated 10 September 1856, which he inscribed with a quote from Dante’s Purgatorio: “The heavens call and wheel around you their eternal beauties, and yet your eye is still directed towards the earth.”1

The Fitzwilliam Museum, Cambridge, purchased with the assistance of the Gow, Cunliffe and Perceval Funds, with contributions from the National Art-Collections Fund and the Museums and Galleries Commission/Victoria and Albert Purchase Grant Fund, inv. no. PD.18-2000