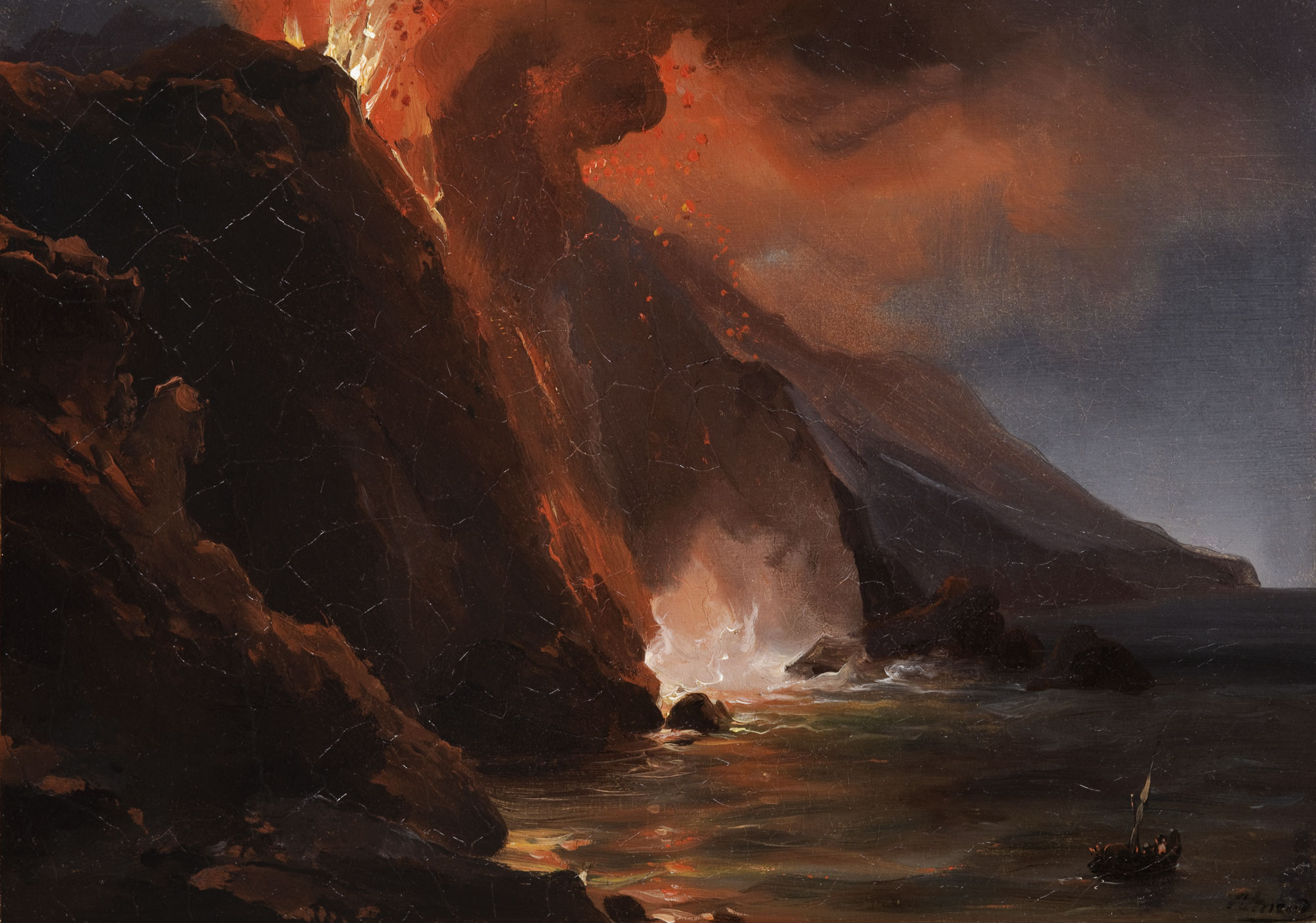 As part of a commission from the Museum of Natural History in Paris, the landscape painter Jean-Charles-Joseph Rémond was tasked with creating a large mural of Stromboli, the most continually active volcano in Italy. In the summer of 1842, he undertook a research trip to Sicily and the Aeolian Islands and recorded an eruption that occurred during the night of 30 August. In this particularly dramatic and detailed oil sketch, which was certainly finished in the studio, the artist captures the intensity of the fire and lava bursting from the crater. Steam rises from the water, and the red heat of the eruption is reflected on the rocky mountain and balanced by the cool blue of the sky. The low horizon emphasizes the monumentality of the volcano, while onlookers in a minuscule boat at lower right serve as a reminder of the powerlessness of man in the face of nature.