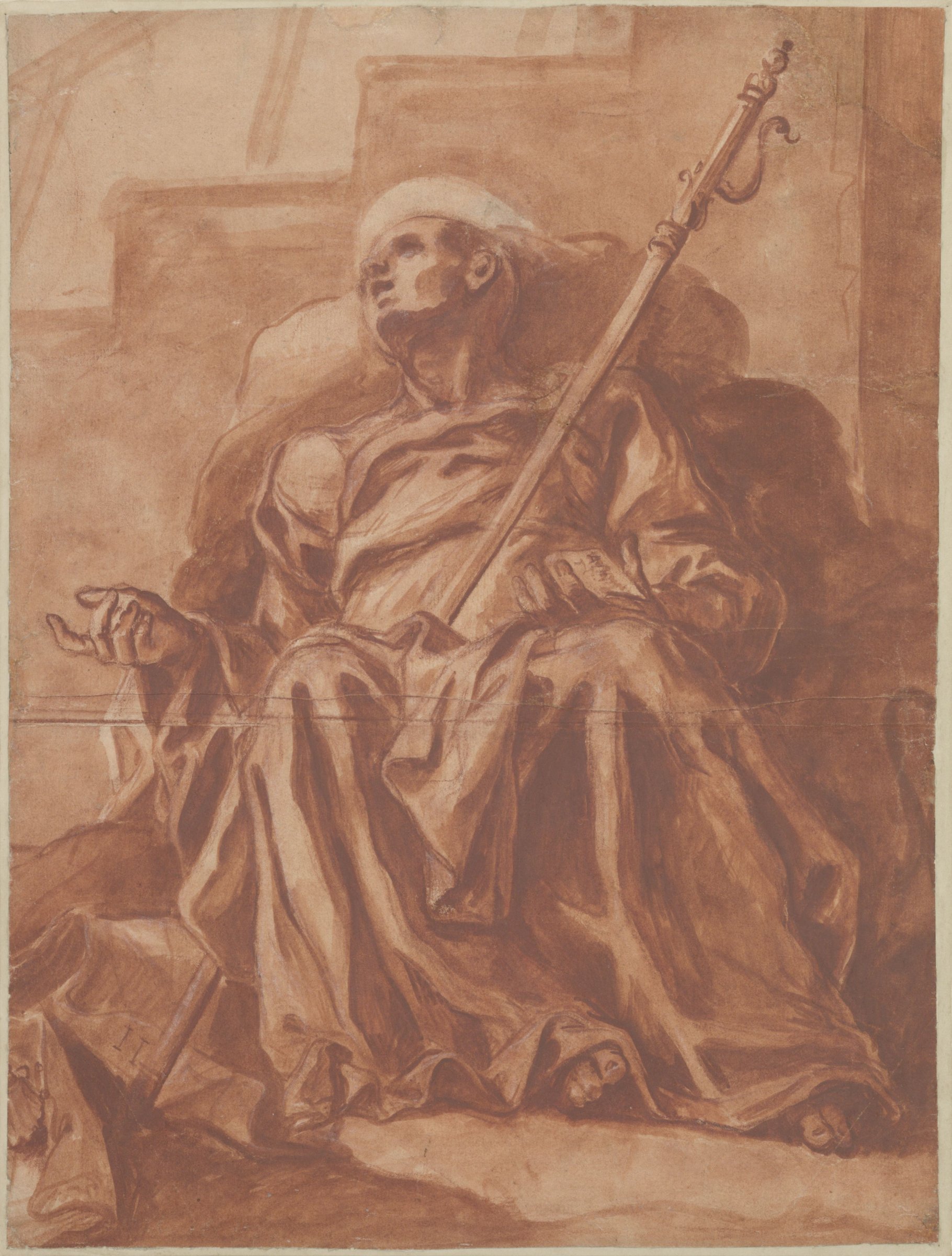 Despite its high quality, doubts persist about the attribution of this drawing. The artist employed a red chalk wash of the same tone as the chalk used to draw the outlines. Using a brush, he constructed full, solid forms and carved out the deep folds of the impressive drapery and the saint’s emaciated face. As well as creating an emphatic chiaroscuro, this technique gives the work a pictorial quality. It also contributes to the monumentality of the figure, accentuated by a viewpoint that is slightly da sotto in su, and adds dramatic force to the drawing, in keeping with the Baroque taste of the Neapolitan school of the second half of the seventeenth century.