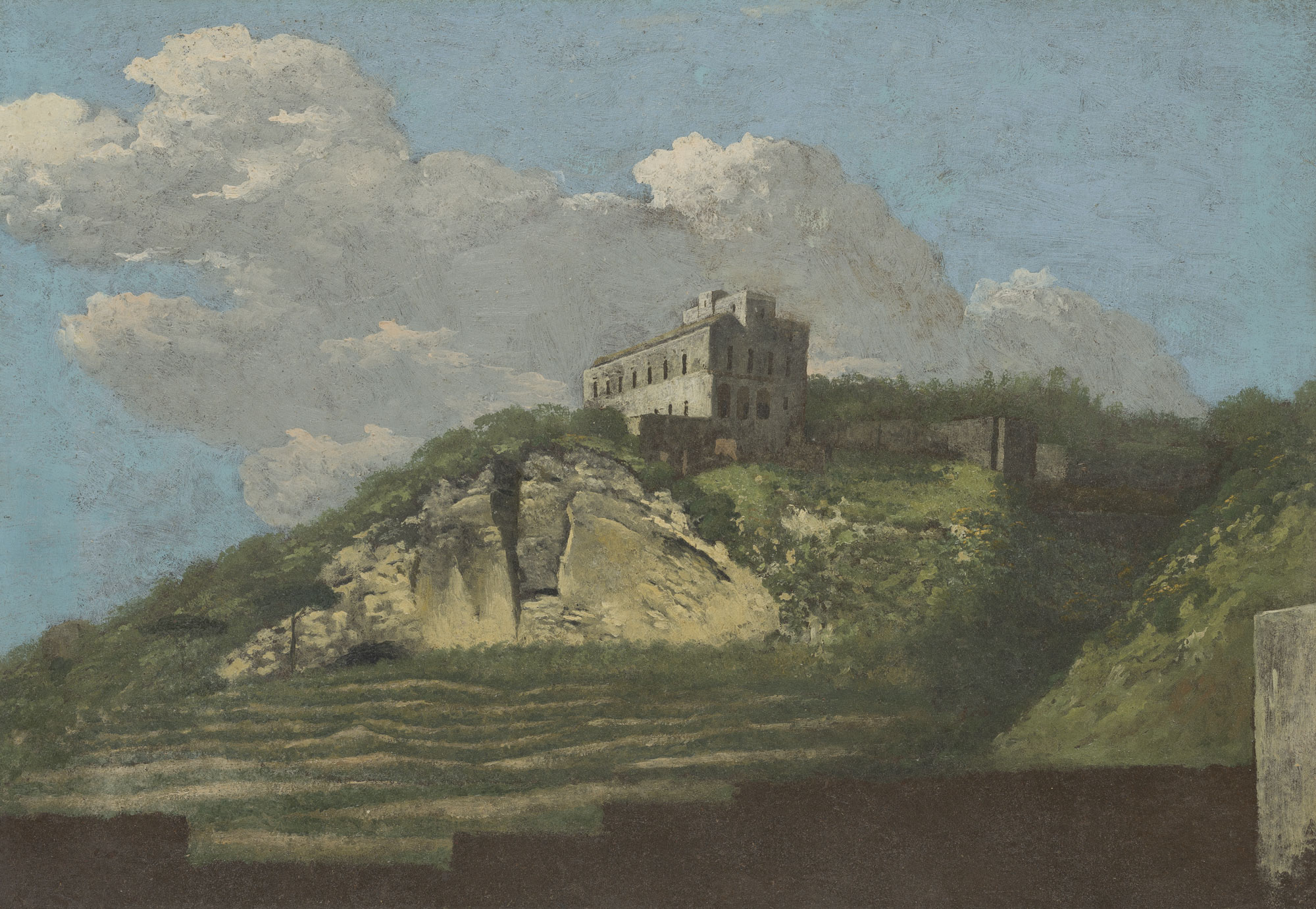 Never intended for exhibition or sale, the oil sketches of Thomas Jones remained with the artist’s descendants until 1954, when a group of them came to auction in London. The group included this view near Naples, which was added to the collection of The Fitzwilliam Museum that very year. Painted in April 1783, it dates from Jones’ last few months in Italy before his return to Britain. The site has not been securely identified, but could be a villa on the hill of Vomero which the artist had painted a year earlier. There is a rough, opaque aspect to the painting, yet it retains a luminous quality and a sense of fresh observation. The oil studies on paper of humble Neapolitan motifs Jones made during his second stay in the city, between May 1780 and August 1783, are among the most admired and original of his works and crucial to discussions of the development of the oil sketch tradition.1

The Fitzwilliam Museum, Cambridge, bought from the Paintings Duplicates Fund, inv. no. PD.21-1954