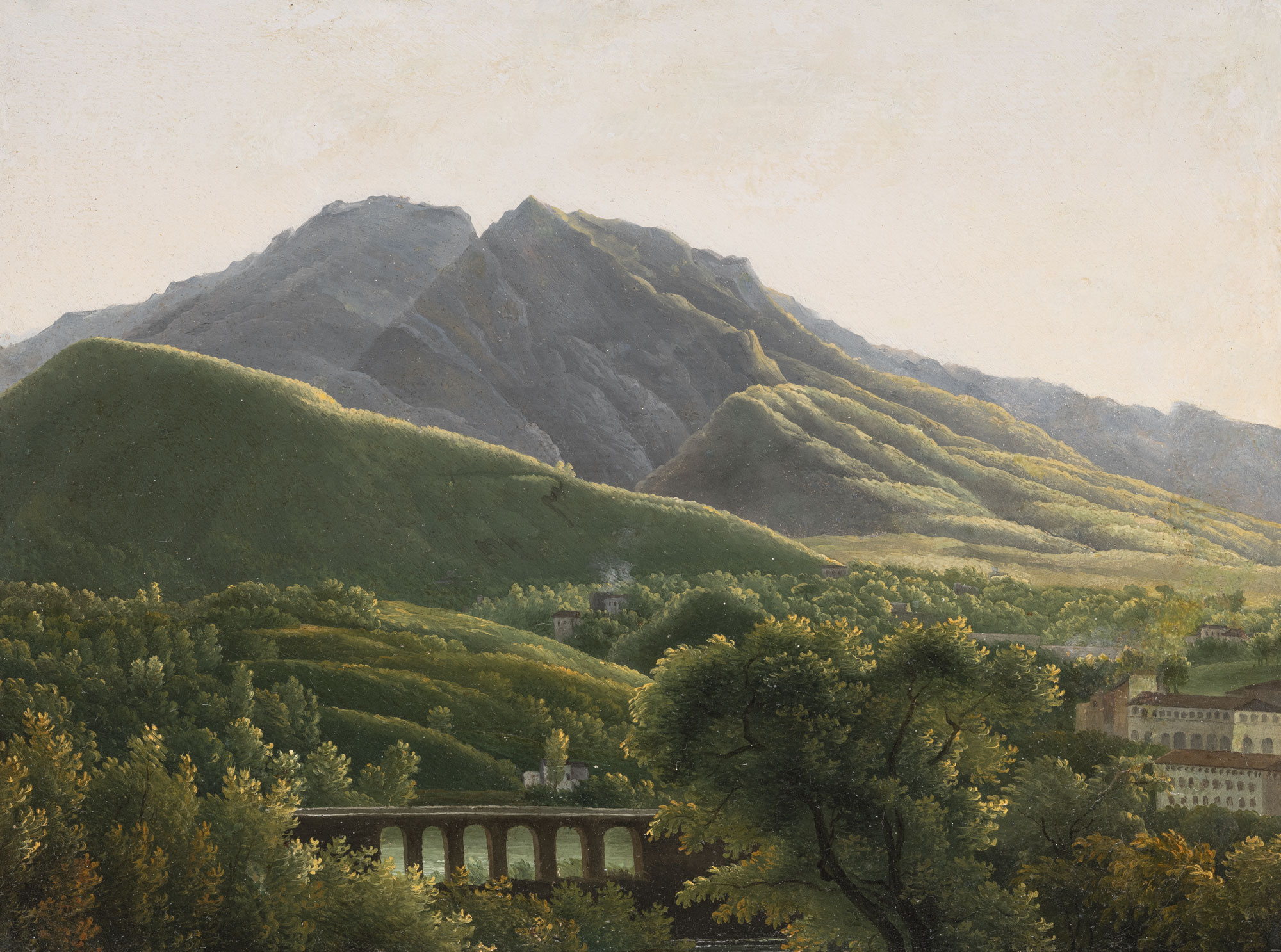 Nestled in the hills on the road between Nocera and Salerno, the town of Cava de’ Tirreni (formerly known as La Cava) had long attracted painters working around Naples. Bidauld made several studies in the region, and clearly delighted in the motif of the sixteenth-century bridge of San Francesco and the effects of light on the jagged peaks of Monte Finestra. He repeated this exact same view at least three times: in an oil sketch preserved in the Getty Museum (Los Angeles), a washed drawing in the Musée Calvet (Avignon), and another drawing, squared for transfer, now in a private collection. The relationship between these works is not clear, and the level of finish the artist brought to his plein air studies makes it especially difficult to distinguish between oil sketches painted entirely before the motif, those finished in the studio with the assistance of preparatory drawings, or those created in the studio after either a drawn or painted model.

The Fitzwilliam Museum, Cambridge, bought from the Gow Fund, inv. no. PD.32-2006