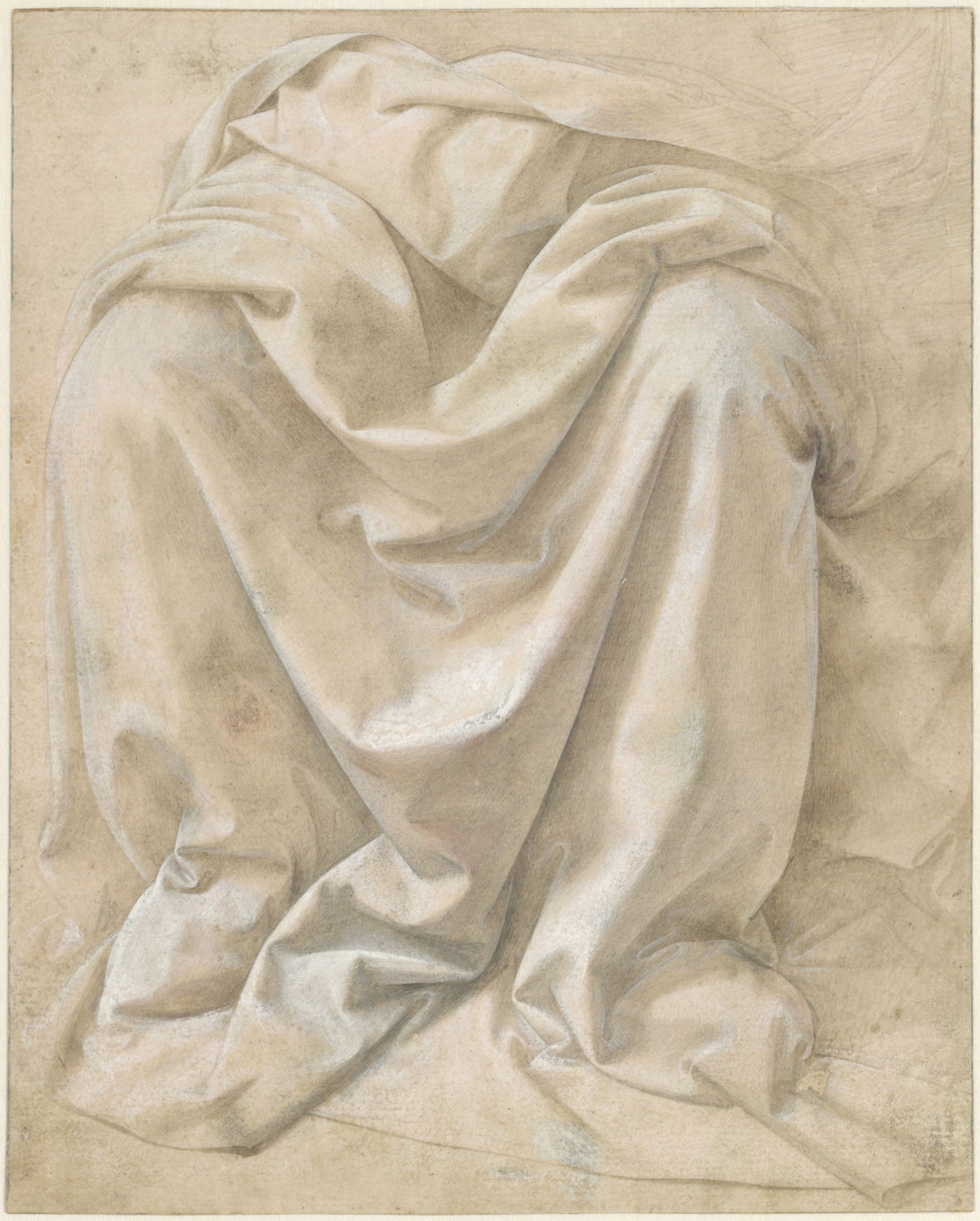 This drawing is one of Lorenzo di Credi’s masterful drapery studies. Like Leonardo da Vinci (1452-1519),* he made them during his training with Andrea del Verrocchio (1435-1488), who ran the most influential workshop of the Renaissance in Florence at the end of the fifteenth century. This exercise in virtuosity – which also served as a model for painted compositions – illustrates the keen eye he had for the observation of light. Here, Lorenzo di Credi covers the traditional silverpoint with a very light grey-brown wash to unify the shaded parts and soften the transitions. Skilfully varying the thickness of the white bodycolour, he succeeded in rendering the plastic qualities of the drapery, carving out the fabric, giving the folds an almost sculptural relief.

* The Fondation Custodia also possesses a remarkable Study of Drapery by Leonardo da Vinci (inv. 6632); it is currently on loan to the Musée du Louvre for the Léonard de Vinci exhibition, until 24 February 2020.