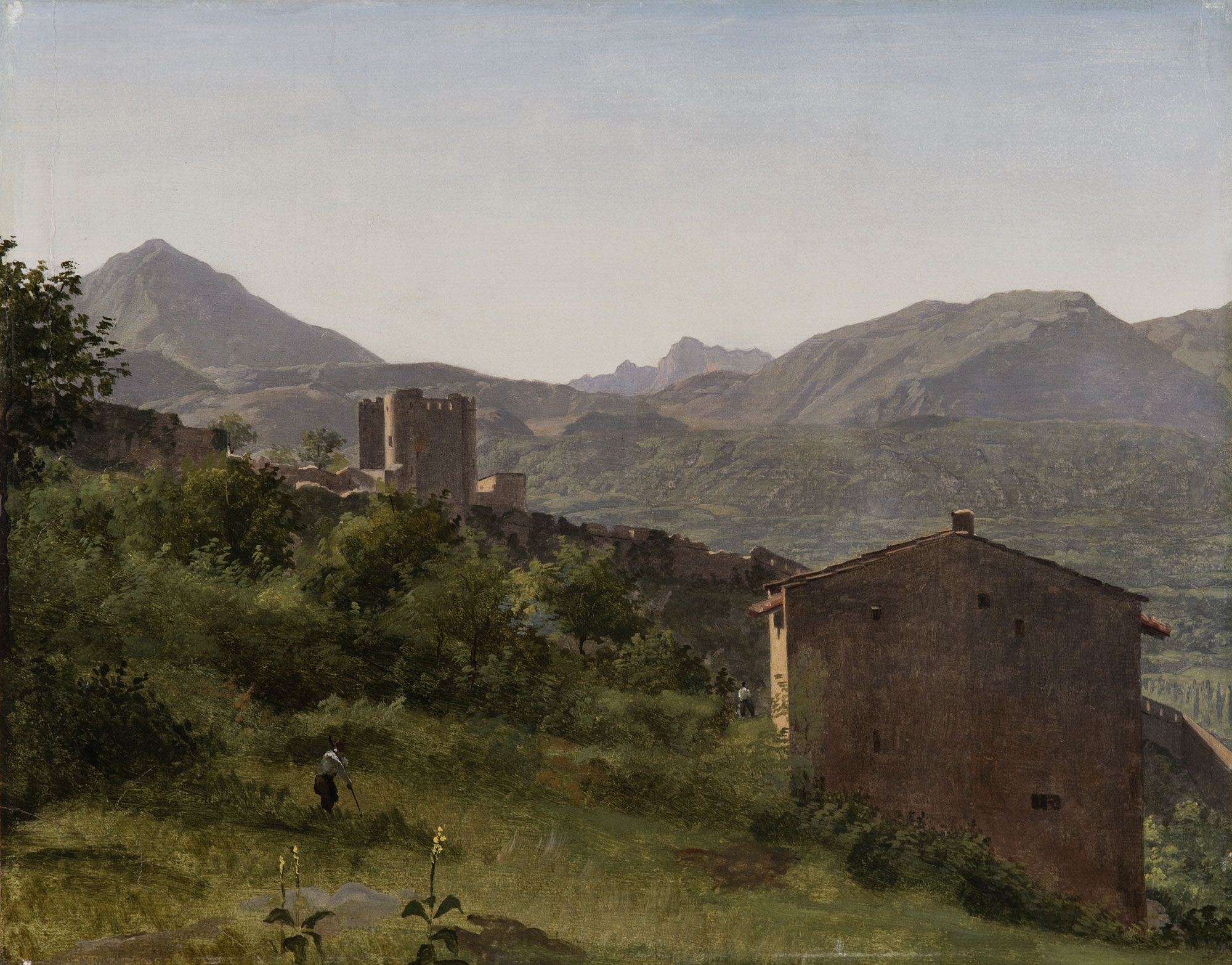 In this study, Bidauld demonstrates his obvious understanding of how light plays across a mountainous landscape. The exceptional clarity of detail he is able to achieve is the result of his fastidious approach to working out-of-doors, which stands in stark contrast to the rapid, sketchy studies produced by his contemporary Valenciennes, for example. Bidauld’s penchant for meticulous brushwork however would contribute to his downfall. By the 1830s his work fell out of fashion, and as a juror for the Salon he was reprimanded for his systematic opposition to the new generation of artists experimenting with a looser, more spontaneous touch, most notably Rousseau (see cat. 139, 140 and 141). Despite the decline of his reputation, he was not without influence, and Corot himself claimed he was a master, one of the finest, and that he admired and respected him “since, you see, I owe him a great deal, if not my very best.”1