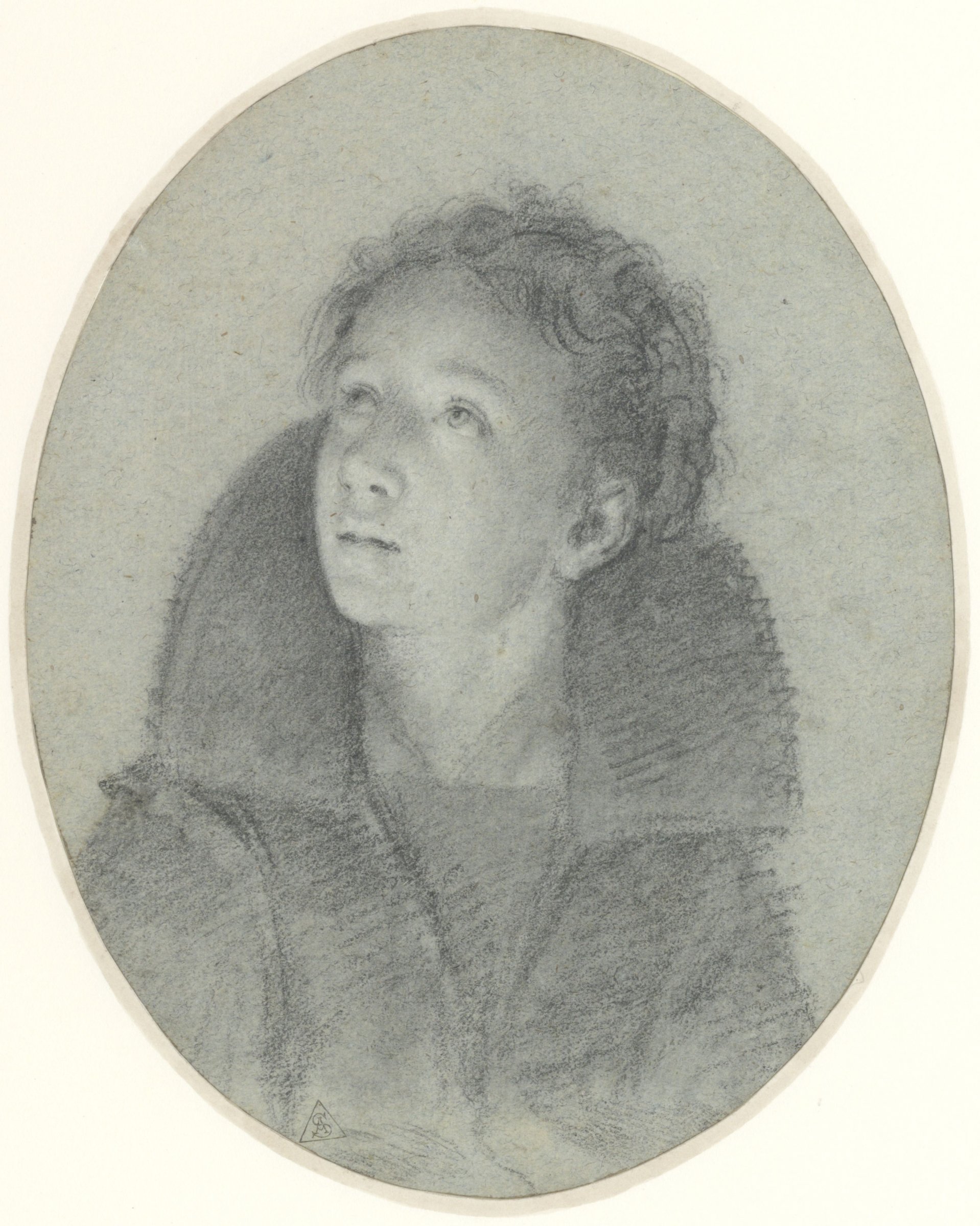 Intimate in nature, this portrait is very different from the many official likenesses produced by Ottavio Leoni in the first decades of the seventeenth century. This young woman is probably Maddalena, one of the artist’s stepdaughters, portrayed by him on several occasions, notably in a drawing now preserved in Providence. At the lower edge of the American drawing, he noted the name of his model, the date (2 February 1617), and also that it was executed di notte (at night) – as was our drawing. Leoni has skilfully conveyed the unusual effects produced by the artificial light of a candle placed below the figure. Taking the bluish tint of the paper as his starting point, he creates the shadows in black chalk and subtly highlights the zones bathed in light with white chalk. In this drawing, the nocturnal effects seem to have been studied for their own sake.