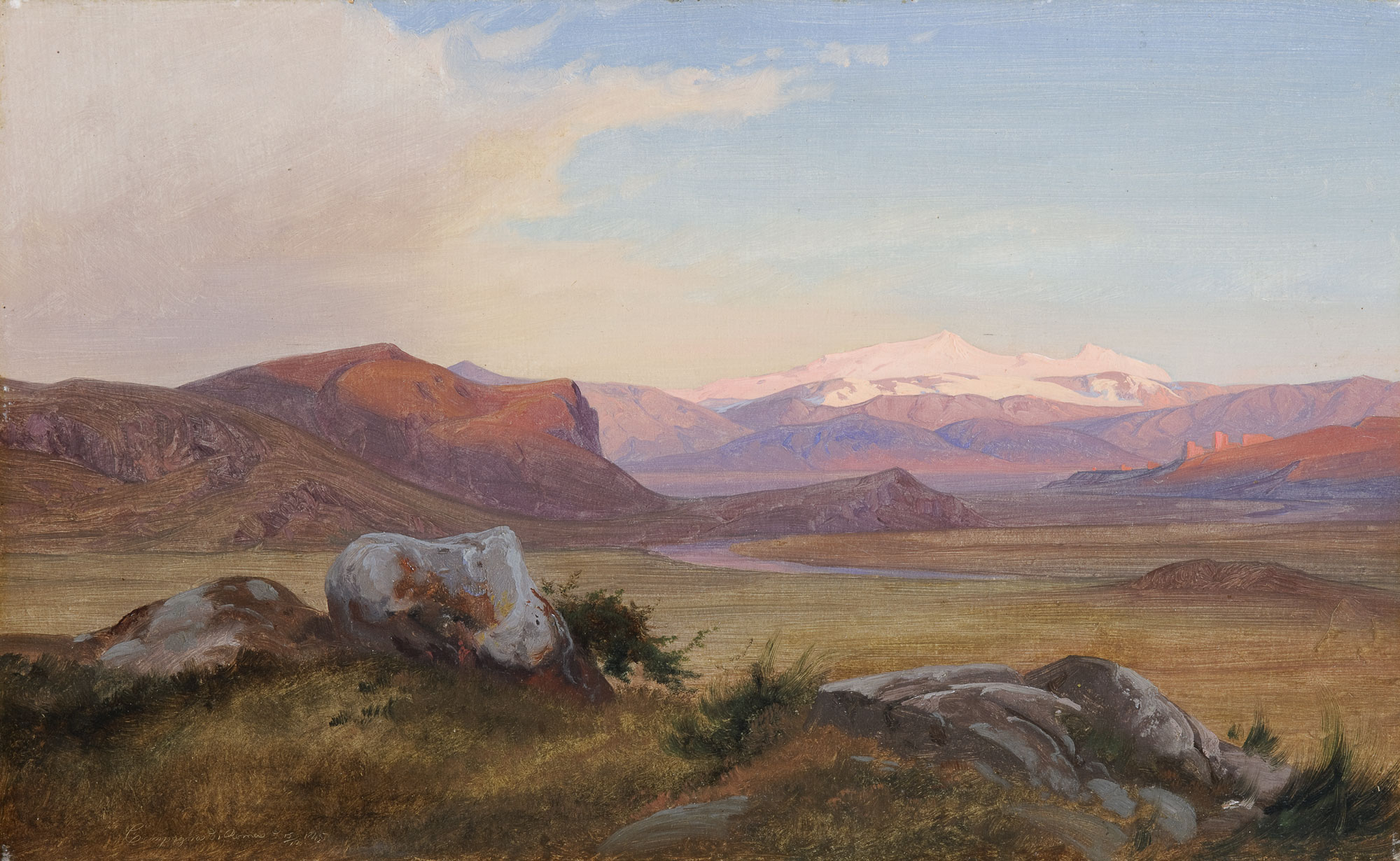 Born into a military family, Lundbye studied at the Academy of Fine Arts in Copenhagen, where he was strongly influenced by the slightly older Eckersberg students and their poetic naturalism. He was a pioneer of the National Romantic landscape movement, which privileged views of the Danish countryside, its light and way of life. Nevertheless, he received a travel grant in 1845 and travelled to Italy via Germany, Switzerland, and France, returning to Denmark through Belgium and the Netherlands after a year and a half. What was for many artists the trip of a lifetime, proved rather disappointing for his melancholic character. Terribly homesick, he sought out desolate places for his sketches. Southern sunlight is nowhere to be seen in this open-air study, inscribed Campagna di Roma 15/12 1845 in the still-wet paint. With a superb sensibility for colour, Lundbye captures an icy sky and wintry glow he could have found in his native Denmark. The monumentality of nature is emphasized by the inclusion of buildings on the right in the distance, bathed in an unreal pink light, which appear engulfed by the inhospitable countryside. In April of 1848, he volunteered to fight in the First War of Schleswig, and died eight days later at the tragically young age of twenty-nine.