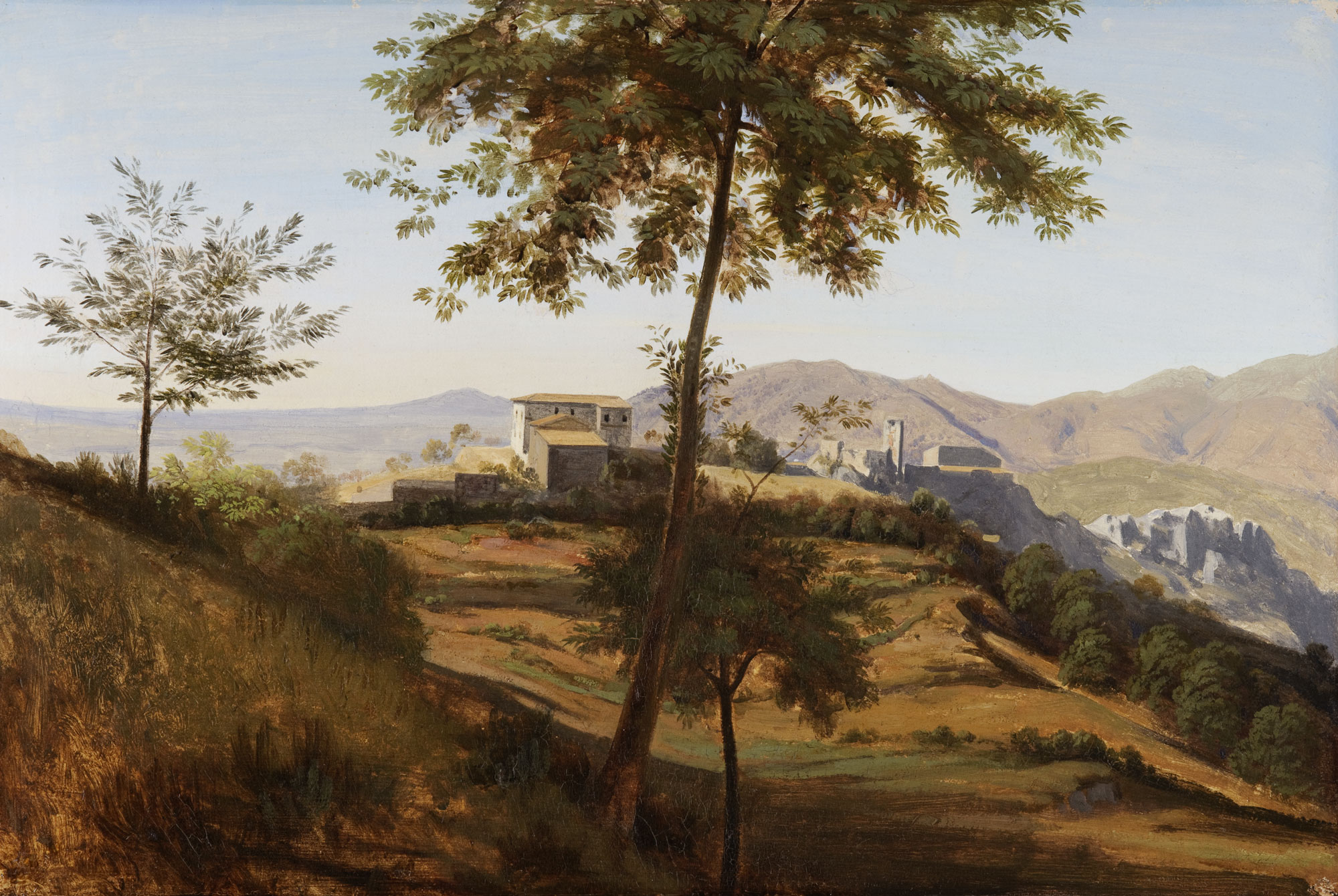 Caruelle d’Aligny arrived in Rome in 1822, and spent the next five years travelling all over Italy. He is joined by Corot in 1825, and the two become fast friends and work companions. The first to recognise his talent, Caruelle d’Aligny is said to have silenced a group of artists who, gathered in a café after a day’s work, were deriding what they deemed a naïve application of paint by exclaiming: “My friends, Corot is our master".1 The two visited Olevano in April 1827, and painted side by side.2 The arid, untamed beauty of the landscape surrounding the small fortified town some 40 km east of Rome made it a popular destination with artists. The composition of Caruelle d’Aligny’s study is surprising, as it subverts the traditional use of a tree as repoussoir by placing it in the centre of the composition and cropping it rather arbitrarily along the top. The landscape is rendered in harmonious shades of warm ochres enhanced by greens, and fades into pale purple shadows in the distance. While the foreground is very roughly indicated, the artist clearly spent considerable time in the depiction of the foliage with a pointed brush.