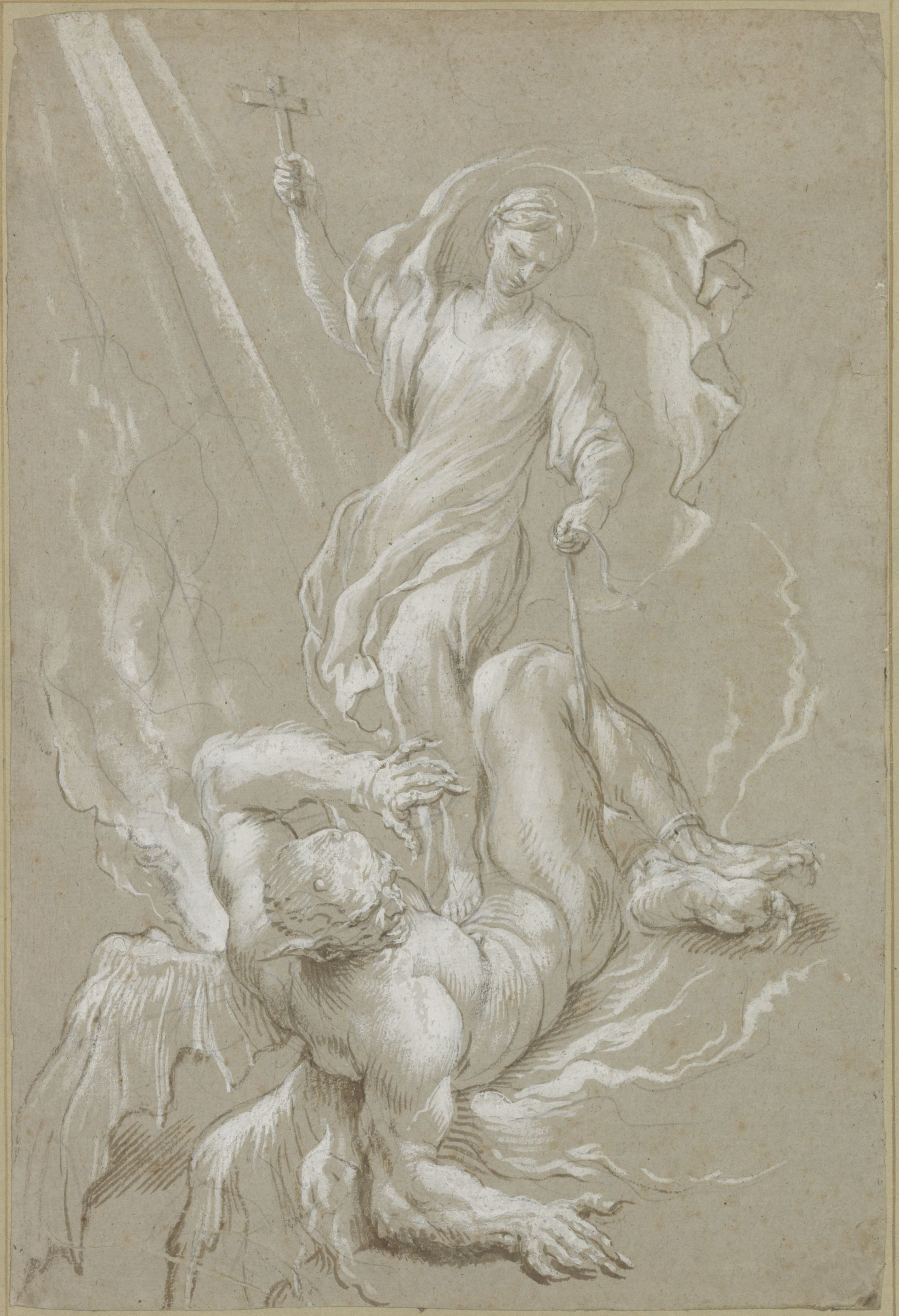 On this sheet, the white bodycolour is applied with such intensity that it no longer simply heightens the drawing, but fully contributes to the definition of the figures, rapidly sketched in black chalk. The brown ink, applied with the tip of the brush, was used by Piola to indicate areas of shadow: it does not outline the figures and disappears from zones on which the light shines. The resulting plastic strength gives these figures and the space they inhabit an impression of three-dimensionality. This drawing cannot be linked to any finished painting. However, its iconography and the vertical thrust of its composition     lead to the conclusion that it is probably a preparatory drawing for one of the frescoed or sculpted church decorations created by Baroque artists from Genoa during the second half of the seventeenth century.

Point of the brush with brown ink, white bodycolour over a sketch in black chalk, on brown paper. – 428 × 290 mm