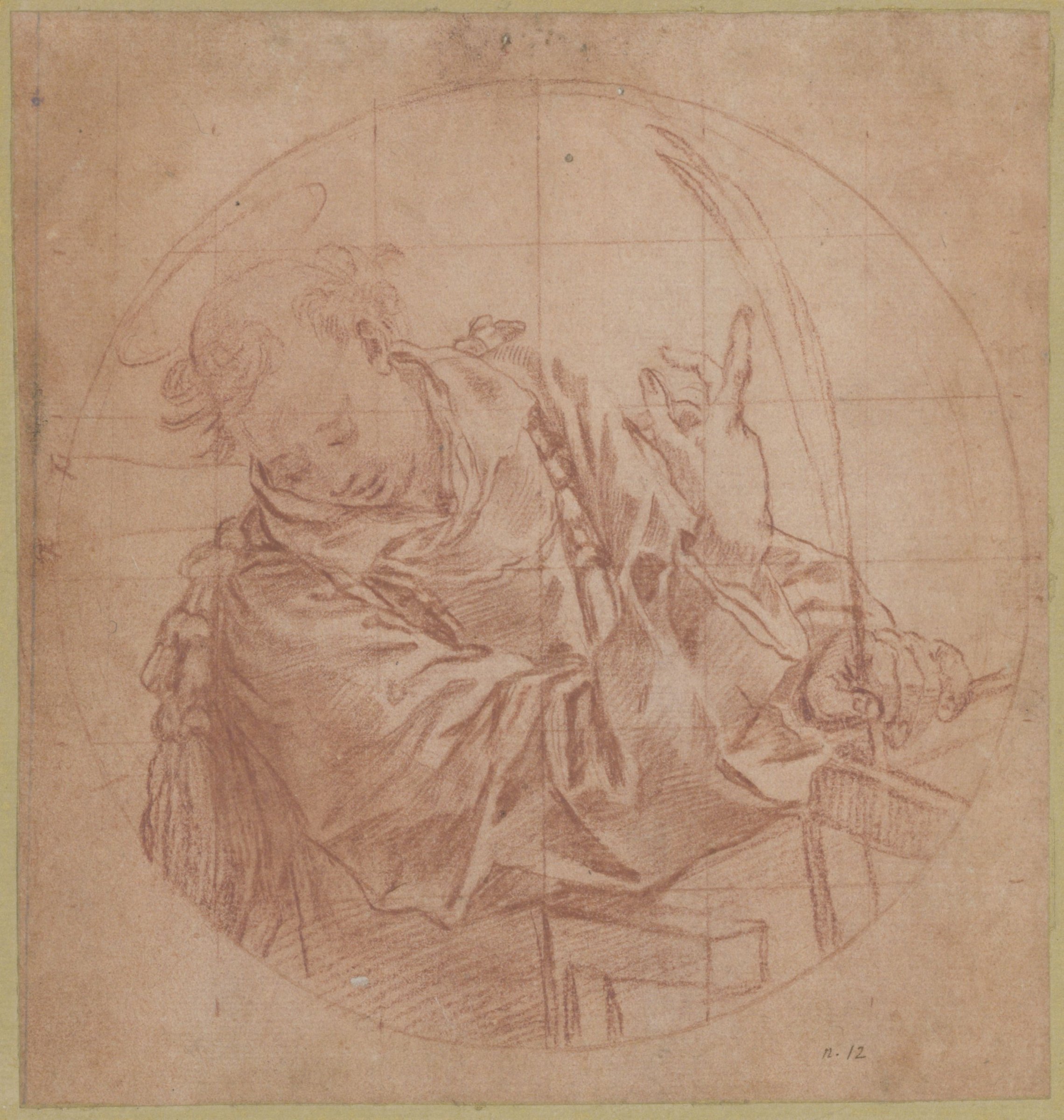 Previously ascribed to Denys Calvaert, this drawing was correctly reattributed by Marta Privitera (1994) to the Florentine artist Girolamo Macchietti. Privitera identified it as a modello for a painting of St Laurence (Luzzetti Collection, Florence). This tondo was probably intended to adorn one of the pendentives of the vault of a private chapel, following a decorative tradition that had prevailed in Tuscany since the Renaissance. Macchietti had the circular form of the panel to be painted in mind when he first drew the framing line on the sheet presented here. He then incorporated the figure of the saint whose pose – the inclination of the upper body and the head, the curve formed by the right arm and that of the feather – embraces the curvature of the frame.