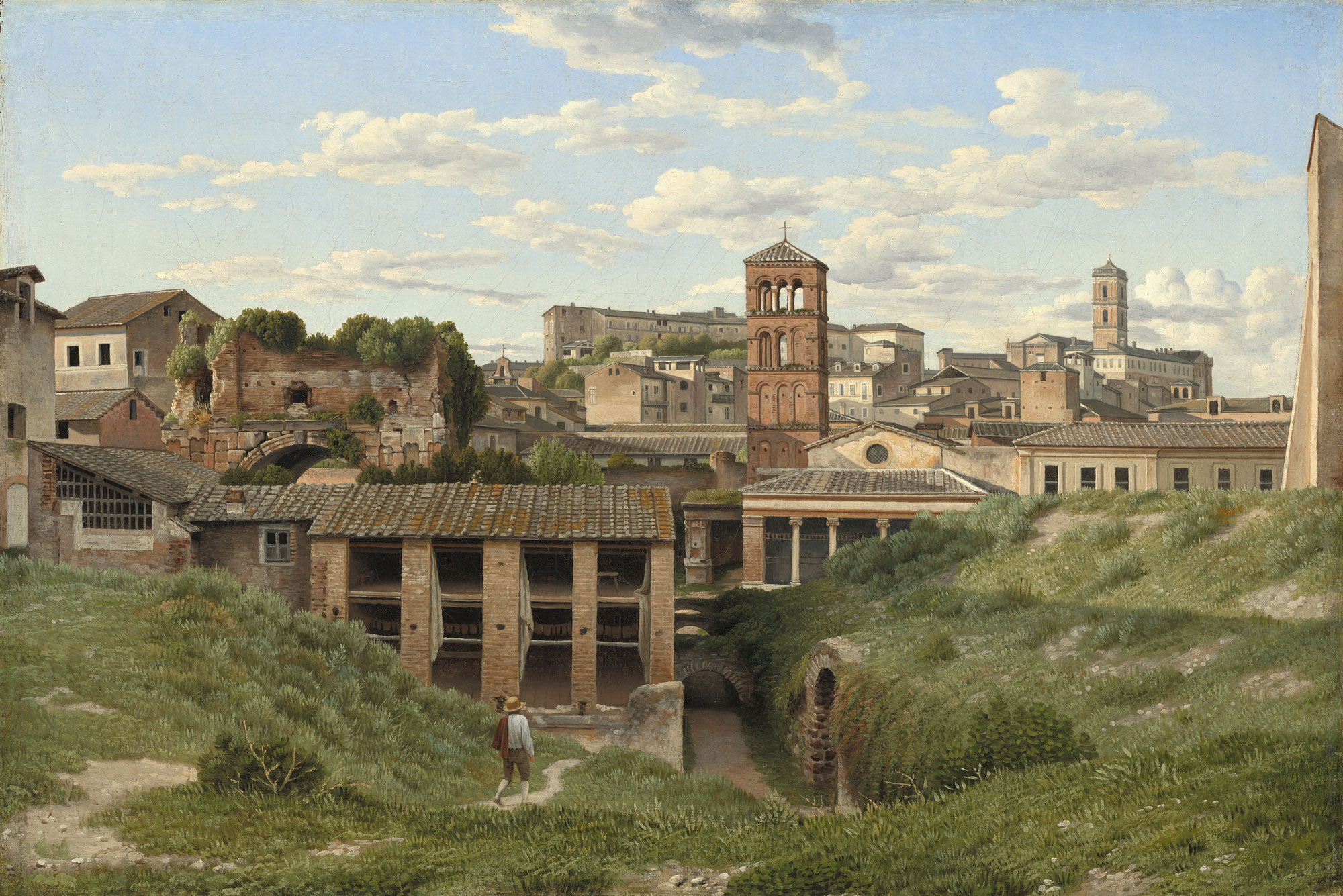 Considered the father of the Danish School of painting, Eckersberg studied at the Academy of Fine Arts in Copenhagen and in the Paris workshop of David before undertaking the journey to Rome in 1813. When he returned to Denmark three years later, he brought back the technique of painting en plein air, which would become a crucial part of his teaching methods as professor and later director of the Academy and deeply influence the next generation of Danish artists. The informal, understated viewpoint of this painting contrasts with its degree of finish and meticulous brushwork, but both are in keeping with Eckersberg’s style. The artist was not in the habit of making spontaneous oil sketches out-of-doors and drawing was central to his practice. A drawing dated October 1814 (Statens Museum for Kunst, Copenhagen) shows the same view of the Cloaca Maxima,1 and technical examination of this work has also revealed extensive underdrawing below the paint layer. Though Eckersberg himself considered landscapes such as these studies, he would compose them in the studio from drawings made on the spot, often combined into realistic yet impossible perspectives, which he sometimes completed in oils in the open air to add a sense of immediacy.