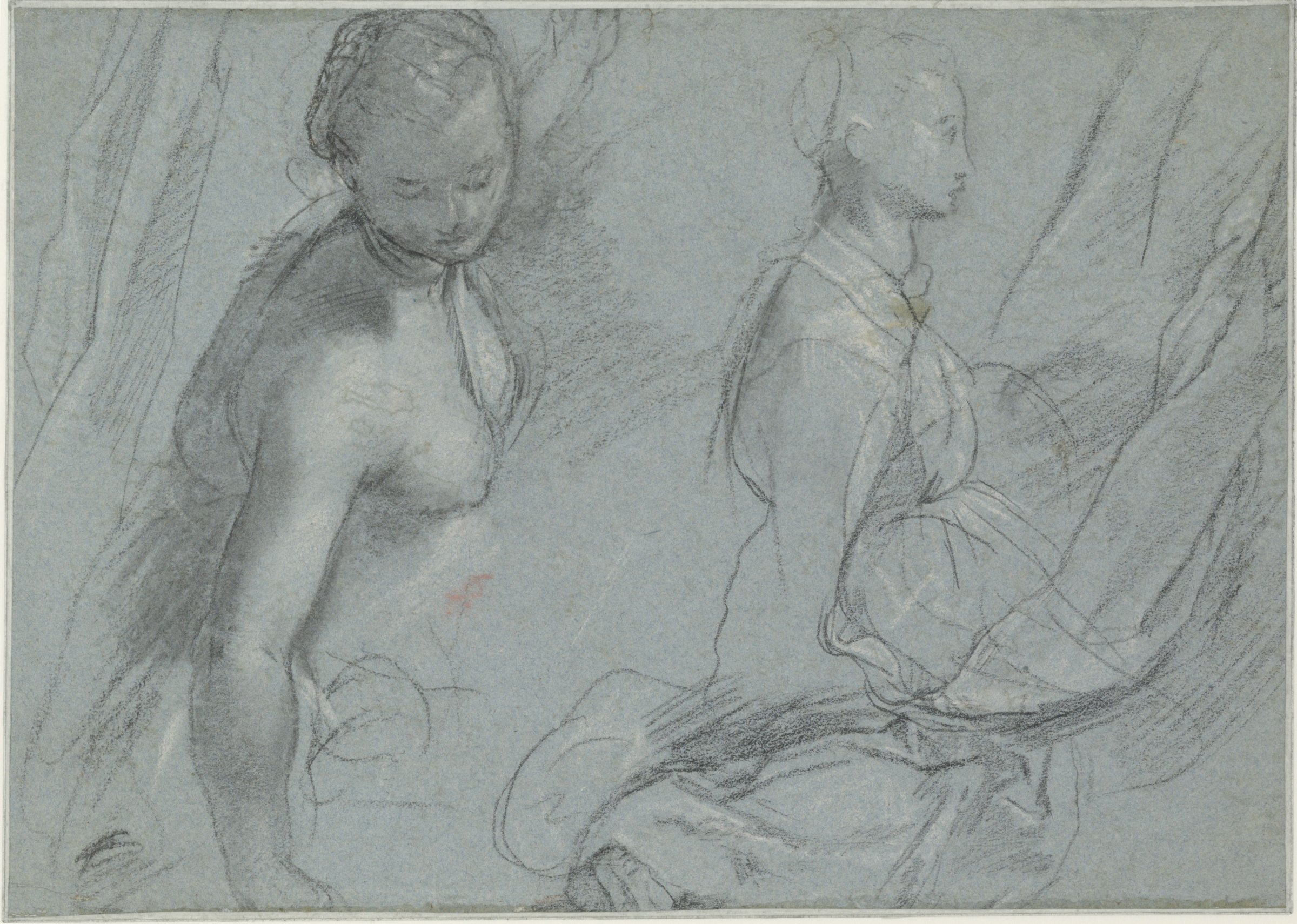 This work belongs to the considerable group of 121 drawings by Barocci connected to one of his most impor­tant paintings, the Madonna del Popolo (1575-79, Uffizi, Florence). The woman represented on the left was also sketched twice on another, earlier sheet (Uffizi, Florence). Comparison of the two drawings demonstrates the fact that, in order to prepare his figures – male or female –, Barocci would first make a sketch dal vivo (from life) of one of his male assistants posing in the nude. It is difficult to know, however, whether in order to switch the charac­ter’s gender he would then pose a clothed woman, or whether he trusted his skill as a draughtsman to imagine a woman da se (from his imagination), basing it on the first study. In our drawing, the anatomical awkwardness of the head and chest suggest the second hypothesis.