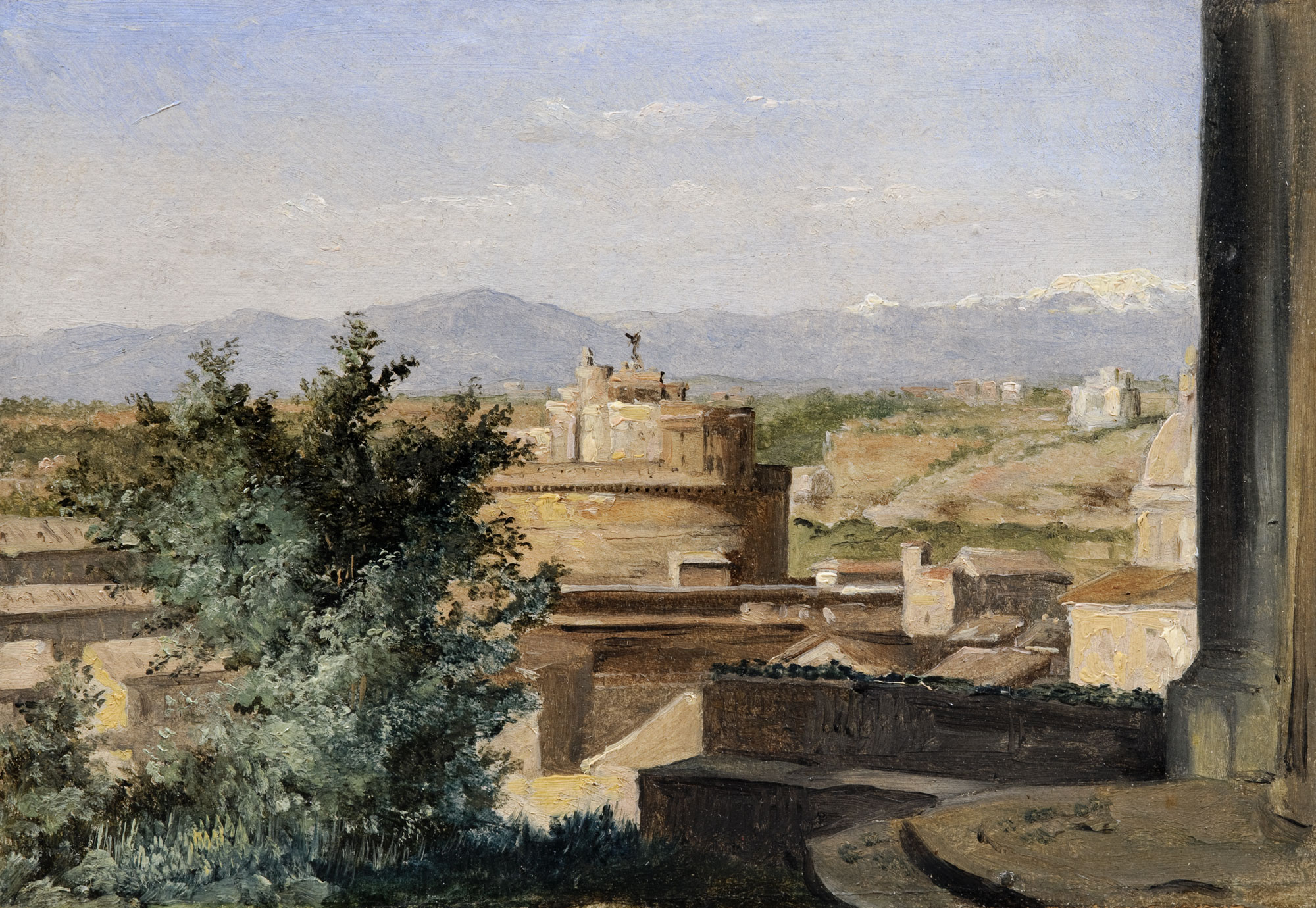 An artist now largely forgotten in Europe, Quinsac-Monvoisin studied at the École des Beaux-Arts in Bordeaux before training in the studio of Pierre-Narcisse Guérin (1774–1833) in Paris. After receiving the Prix de Rome, he lived in Rome between 1821-25, when he painted this surprisingly fresh study which stands out in the artist’s known oeuvre. The strong repoussoir creates an almost scenographic effect, and the originality of the composition and handling of light in this work bring to mind the plein air sketches from Corot’s first Italian trip, although it is unlikely the two had crossed paths. Following a dispute over a public commission, Monvoisin emigrated to South America in 1842. He was to play a fundamental role in the artistic developments of the region and become one of its most sought-after portraitists, acquiring an impressive array of high-ranking patrons in Argentina, Brazil, Peru, and especially Chile, where he was appointed director of the Academy of Arts in Santiago before returning to France in 1858.