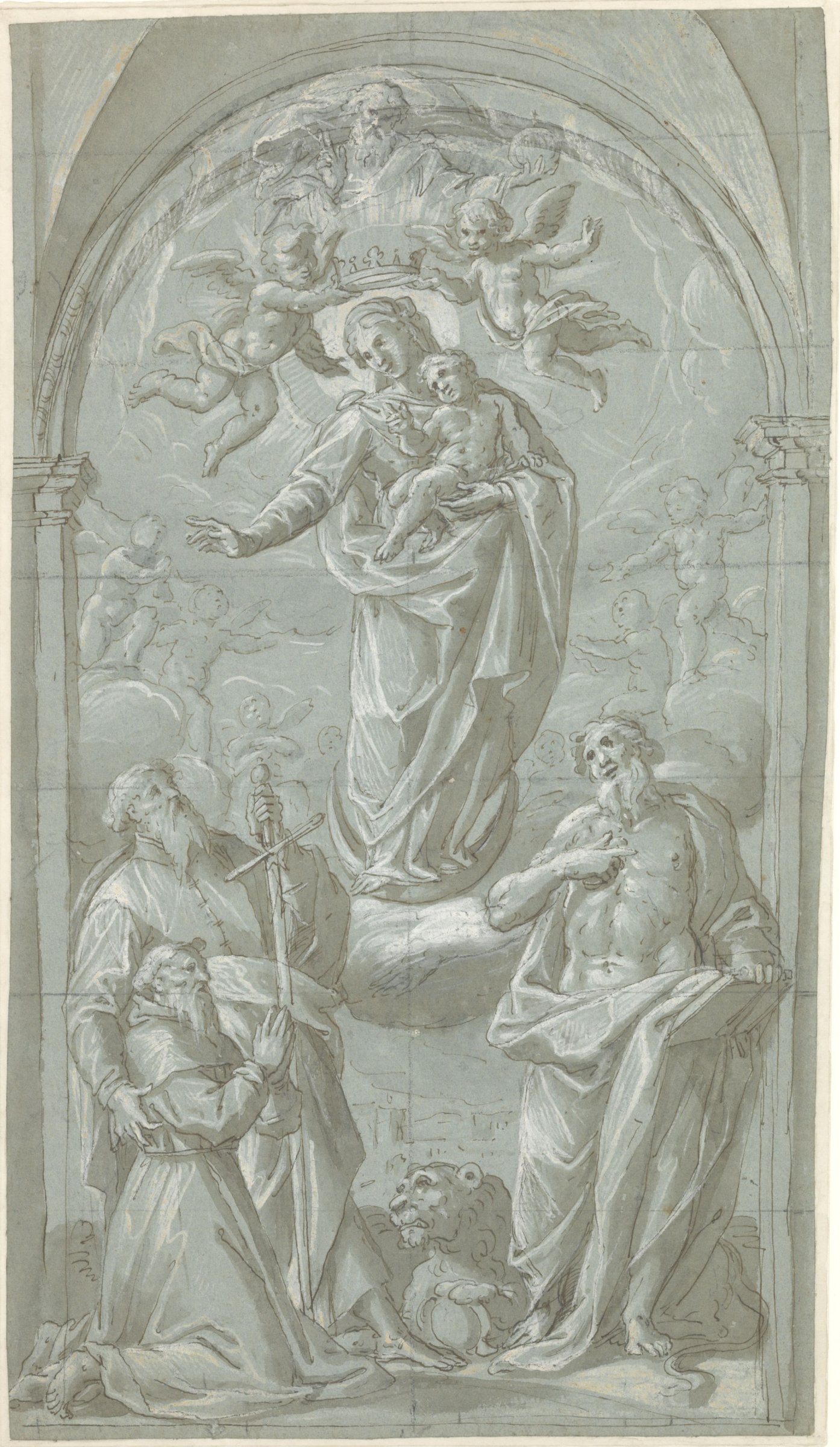 The architectural element – a vault forming an arch supported by two pilasters – drawn here by Giovanni Battista della Rovere, is characteristic of altarpiece frames. Following a traditional composition in two registers, the artist has portrayed the Virgin being crowned by angels and worshipped by saints. In the upper part,     the bust of the Holy Father, placed far too close to the Madonna, and whose proportions do not match those of the other figures, is very obviously an afterthought on the part of the draughtsman. Della Rovere used white bodycolour to prolong the clouds on either side and drew this additional figure above and beyond the original edge of the frame. The composition was most likely rebalanced later, in a new drawing or directly in the painting.