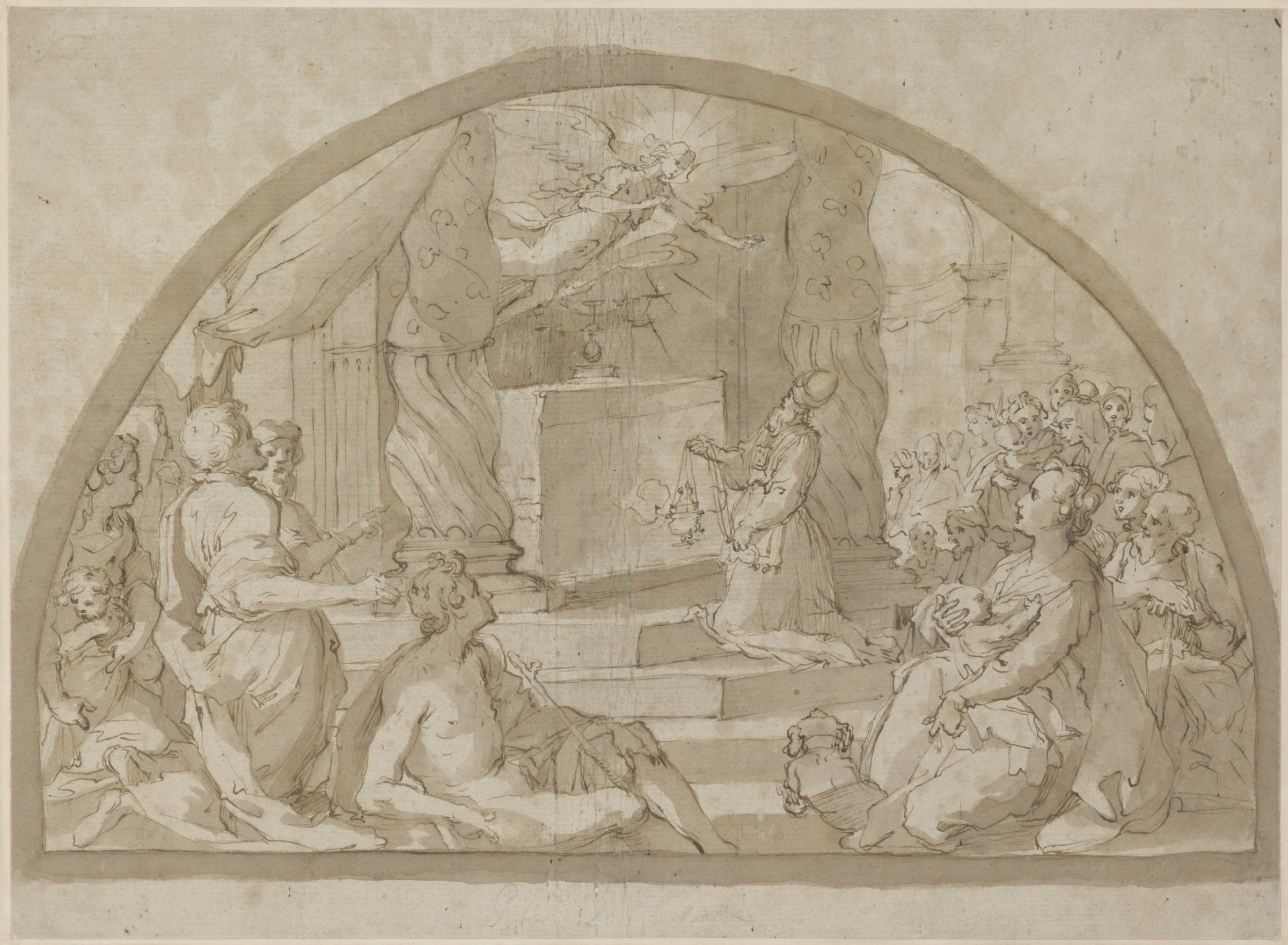 In this drawing, the skilful arrangement of the spectators creates a curved movement which echoes – in reverse – the arched framing line. The artist has thus freed the central space to contain the main action: Zechariah kneeling in front of the altar as the Angel Gabriel appears. This type of layout was particularly favoured by Salimbeni – and other Italian artists of the period – when his compositions had to conform to the complex requirements of the lunette format. This study belongs to a group of five sheets all connected to the same decorative scheme illustrating the Sacrifice of Zechariah, which was never realised or has not been identified among Salimbeni’s paintings. The Louvre possesses a drawing that is identical to this one. The question of their respective roles remains unsolved as both are admirably executed and seem to be by the artist himself.