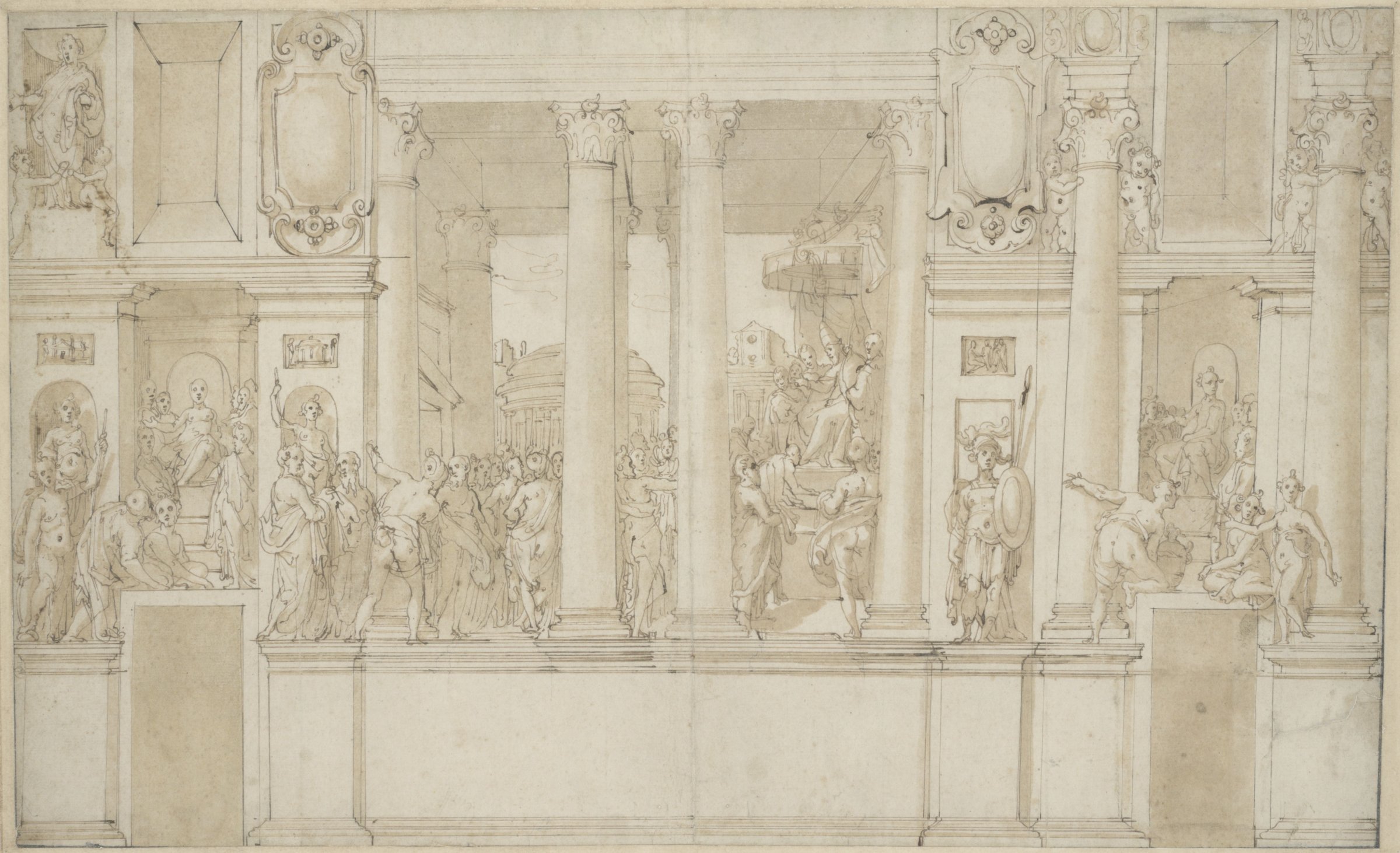 This drawing by Federico Zuccari is a design for a room in a palace which was probably a papal commission, but was never realised. Zuccari took great care to represent all the architectural elements of the room: the dado cornice and the openings – two doors and two windows – all evenly covered with a brown ink wash. To judge by the dimensions of the doors and windows in relation to the rest of the composition, the decorated wall would have been colossal and the figures larger than life-sized. The artist based himself on these genuine elements to con­struct, in paint, a trompe-l’œil architectural design with ornamentation (colonnade, portico and lateral walls with niches and statues) that gives structure to the whole composition. He was thus able to create a connection between the real space and the fictional one. He placed the scene of homage to the pope in the centre and filled the fresco with a crowd of onlookers. Whether leaning on the actual door frames or clinging to the fake columns, the figures interact with the two- and three-dimensional elements, adding a finishing touch to the illusion.