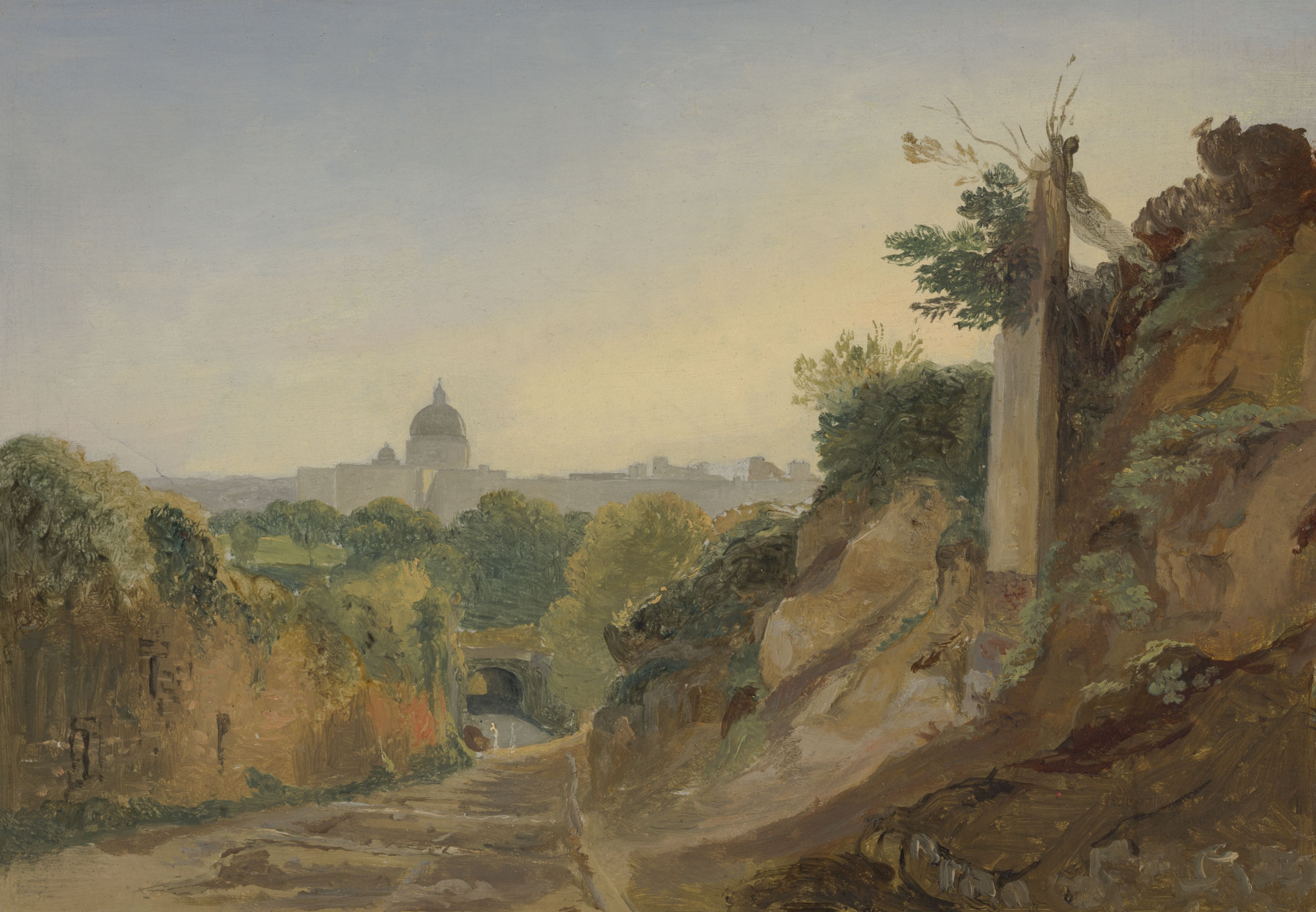 Giroux spent five years in Italy after receiving the Prix de Rome in 1825, where he produced a great number of plein air sketches. Some of these compositions were further developed as larger paintings intended for exhibition at the Paris Salon. In the case of this view of Rome, seen from just outside the Arco Oscuro, Giroux produced at least two other paintings, one of which he exhibited at the Salon in 1831 and was purchased in 1833 by the Musée de la Chartreuse in Douai.1 These official works, finished with meticulous brushwork and populated with anecdotal figures, can feel rather stiff compared to the freshness of his sketches. In this study, the subtle, luminous backdrop of the Eternal City at sunset contrasts with the textural brushwork used to render the rocks and vegetation in the foreground. By simplifying the architecture of the Roman skyline, dominated by the dome of St Peter, the artist reveals his assured hand and understanding of light and shade.