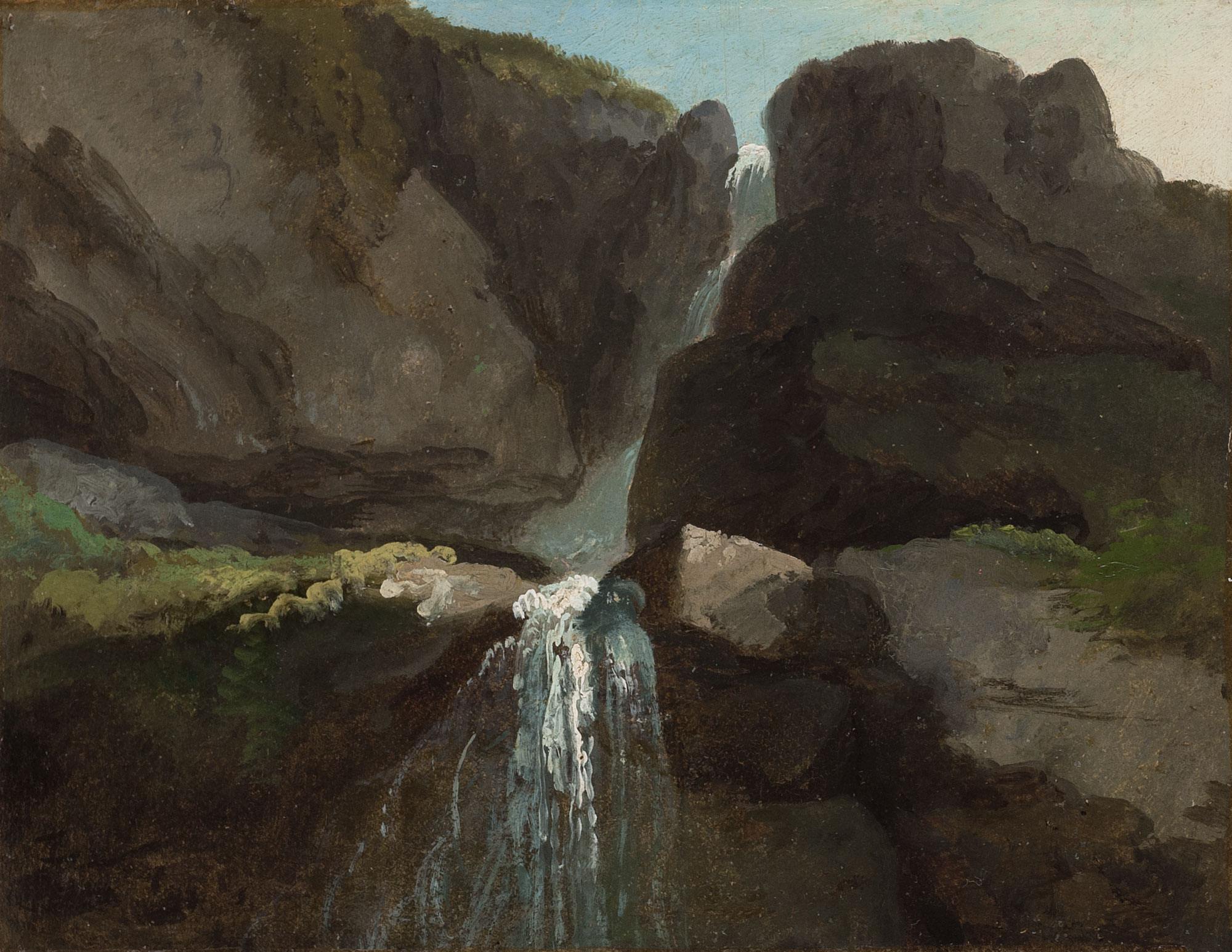 From modest origins as the son of a carpenter in northern Switzerland, Caspar Wolf became the country’s foremost landscape painter of the eighteenth century, and is considered a precursor of Alpine painting. He began his artistic career working on decorations for the monastery in Muri, then lived in Paris between 1769-71, where he worked with Philip James de Loutherbourg (1740–1812) and learned the technique of painting en plein air. Between 1773-79, commissioned by the influential Bernese publisher Abraham Wagner (1734–1782), Wolf created his magnum opus: a picture cycle of the Swiss Alps comprising almost 200 oil paintings, a selection of which was later published in the form of coloured prints. Influenced by the ideas of the Enlightenment, the artist ventured systematically into the mountains, learning about glaciology and geology, and making detailed preparatory oil sketches on the spot. This is one of two studies Wolf made for a painting of the Geltenschuss waterfall, now preserved in Winterthur. Painted thinly in oils on paper, it represents a close-up view of the waterfall and the rock face, a section equivalent to the top half of the finished painting.