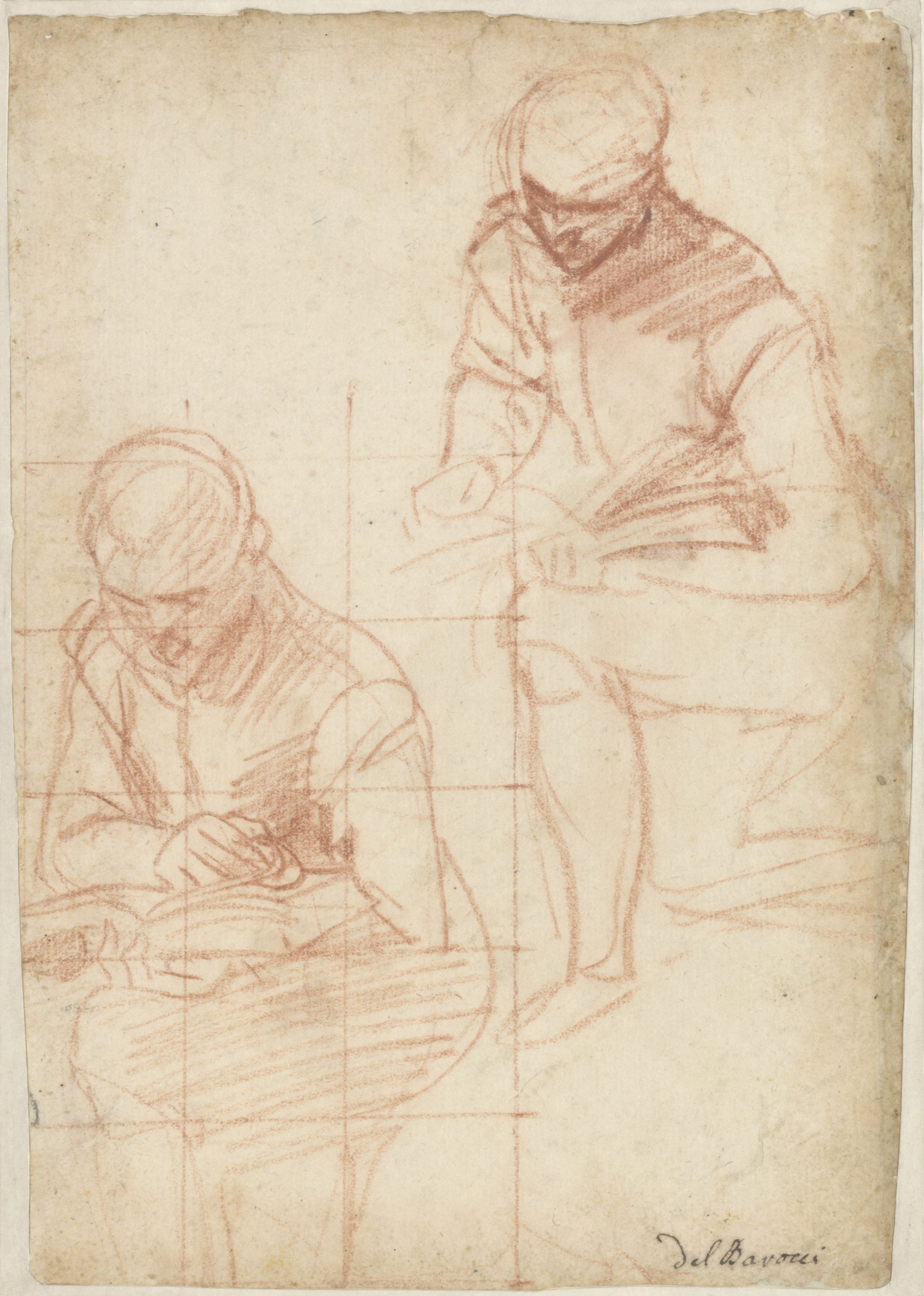 Federico Barocci never ceased to explore the diversity and eloquence of the human form. This double study is one of many testimonies to this. He first drew the upper kneeling figure, leafing through a book. The concise lines, the scribbled hatching and the accents in red chalk bear witness to the rapidity with which he executed the sketch. Then, in the figure at lower left, Barocci slightly modified the position of the sitter and made it clearer. Using the same medium, the artist’s hand slowed down somewhat to depict the face, hands and clothing. Squared, this sec­ond study was probably transferred and reworked in an­other drawing. The pose has been likened to Saint Bonaventure in the Immaculate Conception (a painting now destroyed, known through an early copy), whilst the ges­ture of the hand poised to turn the pages of the book is similar to that in the Portrait of Giuliano della Rovere, painted by Barocci in 1595 (Kunsthistorisches Museum, Vienna).