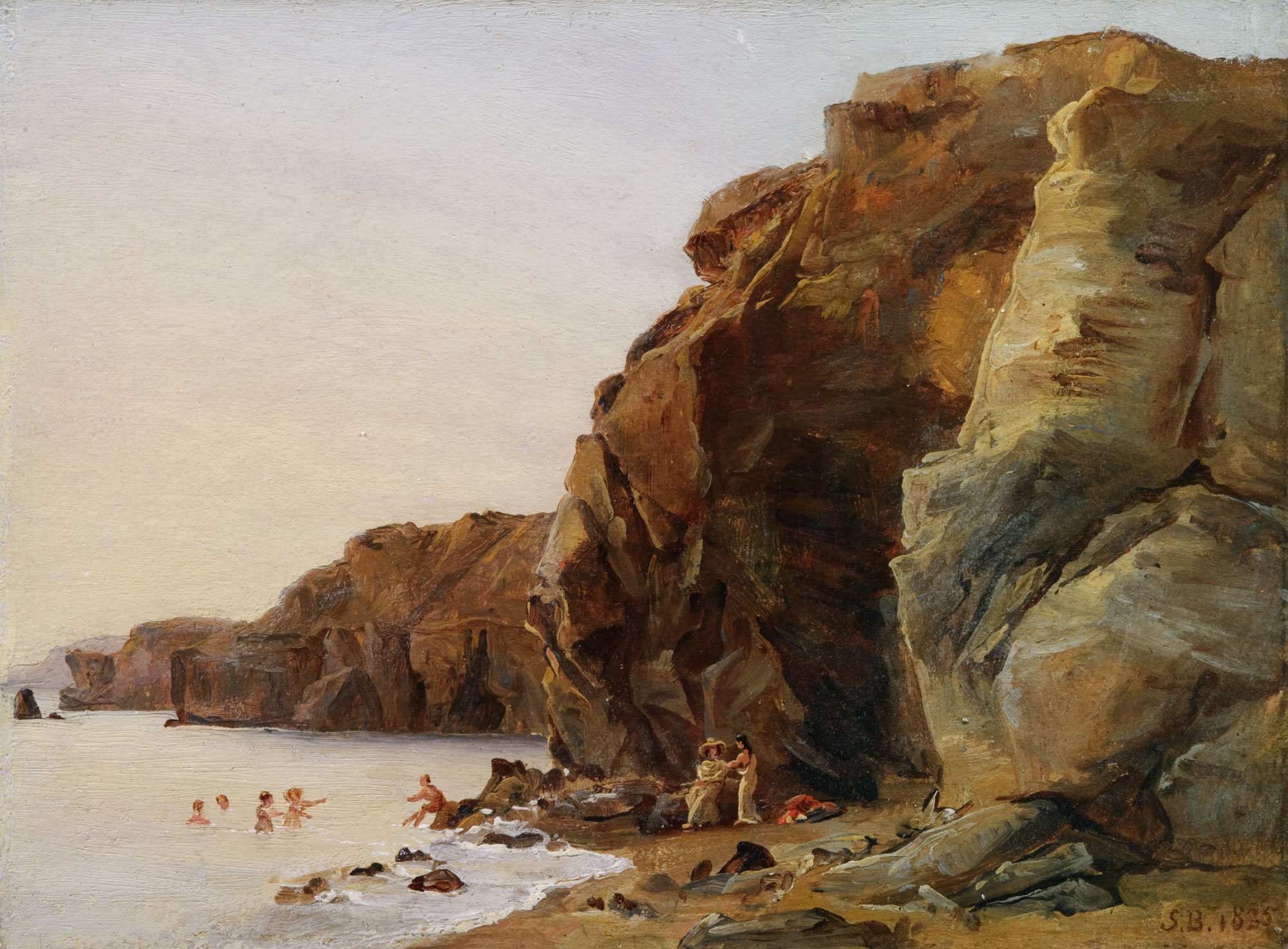 Sarazin de Belmont’s talent, described by a contemporary as “male sometimes to the point of harshness”,1 was widely recognised during her lifetime. Highly appreciated by her masculine counterparts, most notably Baron Gros and Ingres, she was also encouraged by powerful women during the First Empire, such as Joséphine de Beauharnais, and, after the Restoration, by the duchesse de Berry, who owned at least 12 of her paintings. Sarazin de Belmont was since largely forgotten, and little is known of her life. She returned from Italy accompanied by signora Carmela Buccalo Vinciguerra, born in Taormina, and the two women are buried together in the Montparnasse cemetery. Their tombstone, now lost, was inscribed with an epitaph that read: “She was a faithful friend, and whoever found her had found treasure.”2 This charming oil on paper depicts a group of women disrobing and bathing beneath gigantic coastal cliffs. Anecdotal accounts identify the figure in the large hat at the centre as a self-portrait of the artist. The small scale and light-hearted subject matter suggest this may have been intended as a gift or souvenir. It was probably painted on the rocky coasts of Brittany or Normandy, where the artist travelled to around 1835-36.