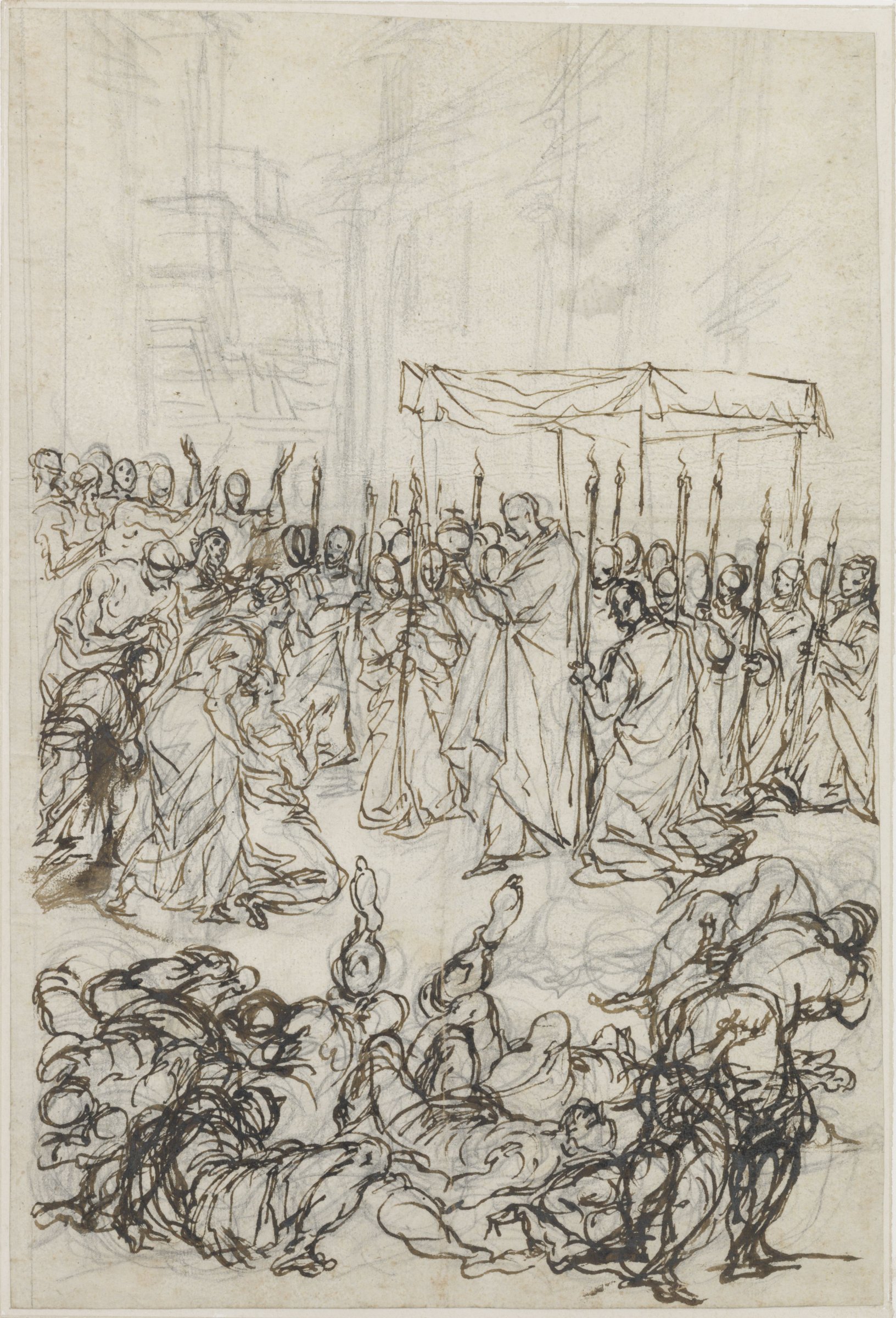 Alessandro Maganza was in the habit of preparing his paintings with the help of boldly-drawn compositional sketches such as the one presented here. He used black chalk followed by pen. The brown ink supplied a useful contrast and allowed him to select certain elements, specifying their contours in order to clarify the image. This second outline, however, did not lose any of its immediacy. In this composition, Maganza skilfully contrasts the     two registers. The disarray of the bodies lying dead in the foreground, piled up in unlikely positions, is dominated by the disciplined organisation of the procession, punctuated by the long candles held by the faithful surrounding the saint or the priest.