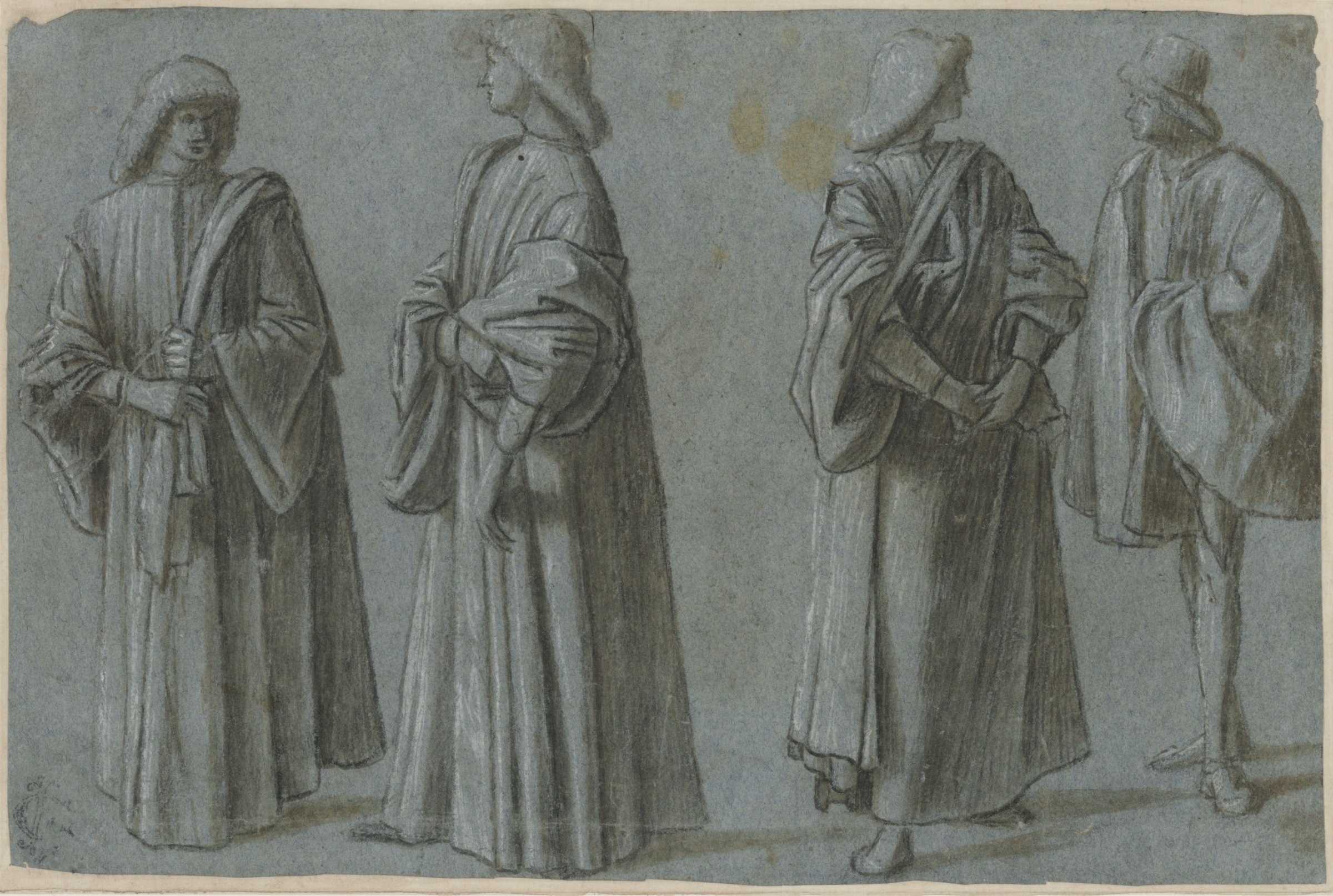 The figures on this sheet all conform to the same idealised type, whose static nature is emphasised by the straight folds of the heavy Venetian costume. Although not particularly expressive, the figures are grouped in pairs, threes or larger groups (as on the reverse), linked by their spatial proximity as well as by the orientation of their bodies and their gaze. This drawing probably served as a model for the Venetian nobles who, as spectators rather than actors, populate the paintings of Vittore Carpaccio. Following a practise that was widespread in Renaissance     workshops, the artist would preserve these studies of figures on blue paper to use them in different paintings.