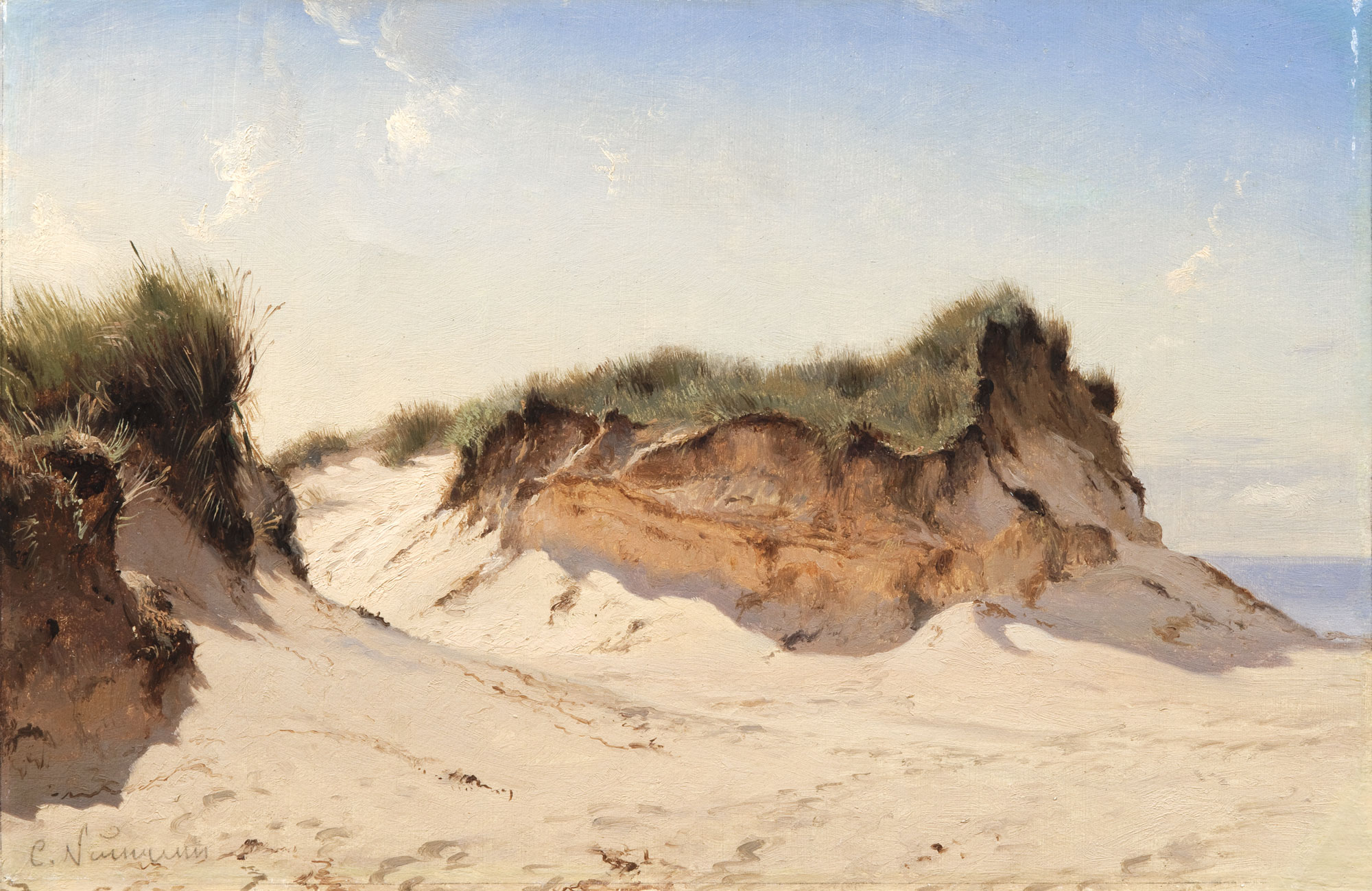 Few biographical details are known for this Scandinavian painter of luminous landscapes. He attended the Academy in Copenhagen, but was predominantly self-taught as a painter of marines and naval battles. His first voyage abroad was to England in 1857-58, and he travelled widely throughout his career, reaching Turkey, Egypt and Syria in 1873-74. Nevertheless, he concentrated on his homeland for the majority of his landscapes, following on from the Danish school of painting led by Eckersberg. Neumann was among the first artists to work in and around Skagen, on the northernmost tip of the country. He visited regularly since 1865, and made a number of fresh oil sketches on paper such as this view of pristine sand dunes. Neumann painted this study on a particularly fine day, and paid close attention to the fleeting effects of light. The dazzling sand, delicate tufts of beachgrass, and wispy clouds in the sky, are each carefully rendered with a different handling of the brush. After the paint had dried, the artist signed the work in graphite at lower left.