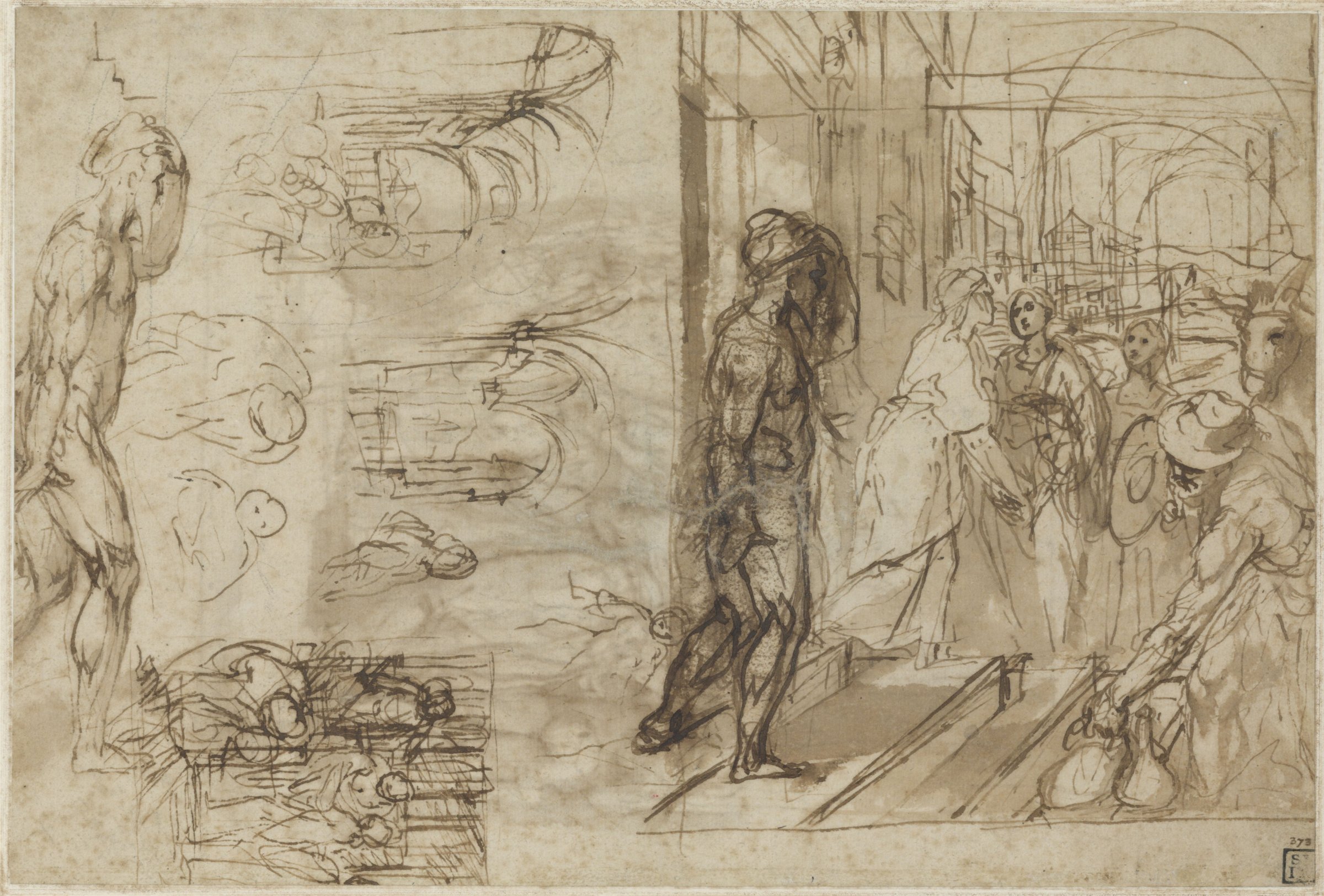 Forty-five drawings, now dispersed in different collec­tions, allow us to track very precisely the evolution of Barocci’s ideas as he was composing his altarpiece of The Visitation (1583-86, Santa Maria in Vallicella, known as the Chiesa Nuova, Rome). From the very first sketch – now in Amsterdam – to the detailed group study in Edinburgh, Barocci always sought the clearest, most sensitive manner of depicting the meeting between the Virgin and Elizabeth. The drawing in the Fondation Custodia belongs somewhere in the middle of this process. Having initially sketched the composition over the whole page, Barocci turned over the paper to rework it. In the smaller sketch at lower right, he has reversed the spectator’s point of view, rotating the scene around an axis formed by the central group. Previously placed in the interior of the house, the viewer now faces Elizabeth, who greets her cousin.