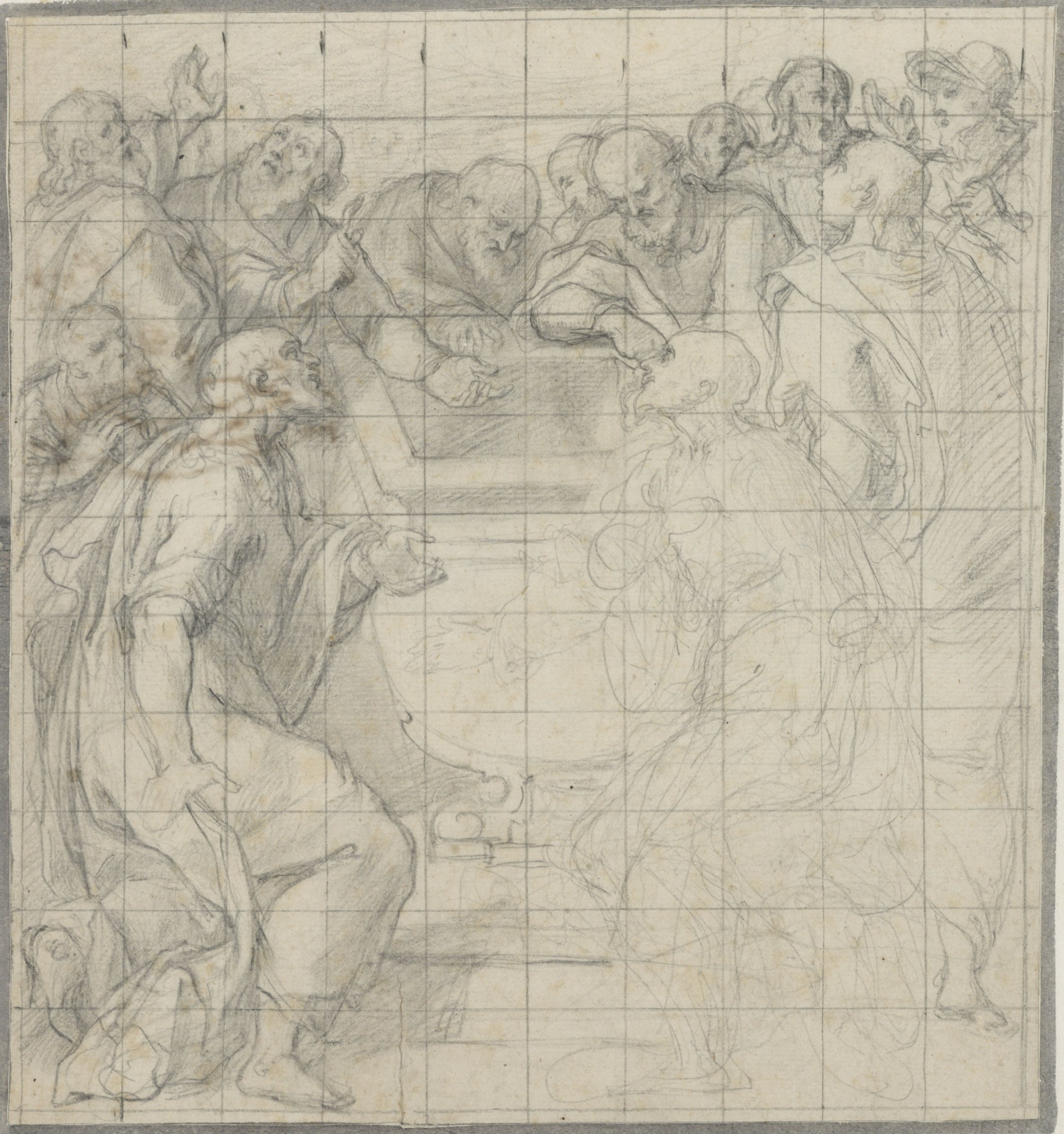 The iconography of the apostles standing around the Virgin’s tomb was widely popular in the art of central Italy around 1600. The identification of the work for which this was a preparatory drawing has removed any doubts about its attribution. This study corresponds exactly to the lower part of the fresco of the Assumption painted by Giovanni Battista Ricci in the central nave of Santa Maria Maggiore, Rome in 1593. Concentrating on the lower half of the composition, Ricci chose a viewpoint overlooking the scene. This allows the empty vault to be shown and for each character to be distinguishable. Their various poses offer a veritable anthology of expressions of amazement and surprise.