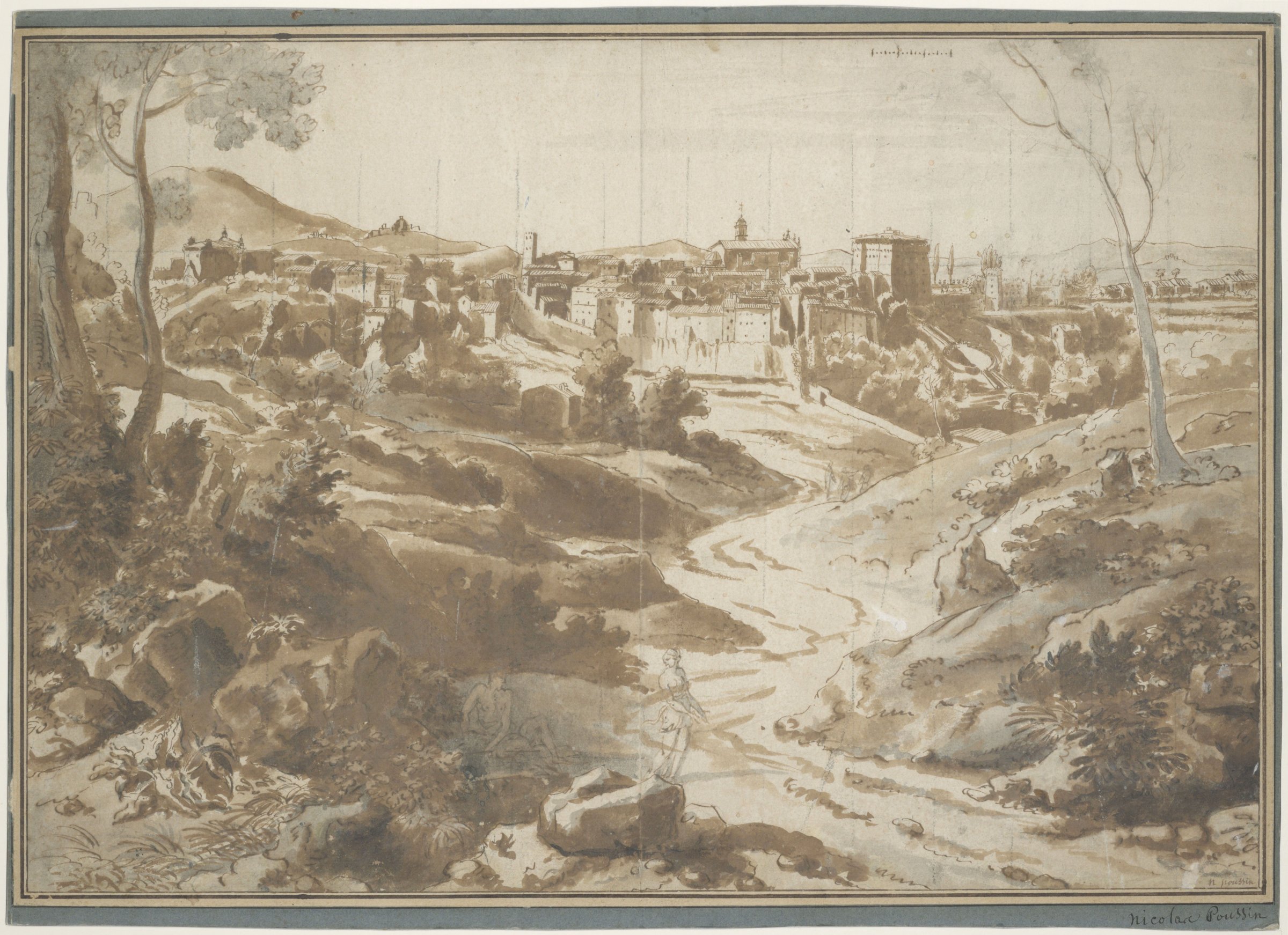 After moving to Rome in 1684, the Flemish Jan Frans van Bloemen belonged to the circle known as the Bentvueghels, which brought together the Nordic artists residing in the Eternal City. His comrades gave him the surname Orizzonte because of his skill in creating misty atmospheric perspectives. His compositions, which mirrored the naturalism of Gaspard Dughet (1615-1675),1 soon became highly appreciated by a distinguished Roman clientele, including the Ruspoli family.2

This drawing, not mentioned in the artist’s monograph by Andrea Busiri Vici in 1974, belongs to an already very small graphic corpus. Within this diminutive oeuvre, our drawing is something of an exception. First of all, it is one of the only preserved drawings that can be directly linked to a painted composition.3 Moreover, unlike most of the large landscapes drawn by Van Bloemen – often imaginary views recomposed after actual elements –, this one intends to be topographically exact, which leads us to believe it was sketched from nature. And lastly, it is also one of the very largest.4 Its monumental scale is rendered by the staffage sketched with a light pen. The sky-line, placed high up, dramatizes the motion of the eye as it follows the winding road that connects the planes of the drawing. The bulky silhouette of Castello Ruspoli – its height emphasised by Van Bloemen – culminates on the right. Saturated brown washes applied in large flat tints produce intense light contrasts and carve out the volumes. These painterly effects, the squaring and the rule annotated in upper right indicate that our drawing is the final stage of the project, probably the version the artist presented to the commissioner for approval. Indeed, the painting presents only a few alterations with respect to the drawing: a slight lowering of the sky-line, the addition of bushier trees as repoussoirs in the foreground, and of course the long procession of Prince Ruspoli, leaving his castle of Vignanello to regain his Roman palazzo.

At the end of his life, Frits Lugt displayed a growing interest in Italianate landscape artists. This drawing is the second5 by Jan Frans van Bloemen to enter the collection. Done around 1740, based on the approximate dating of the painting it prepared, it reflects the acme of Van Bloemen’s art. MNG