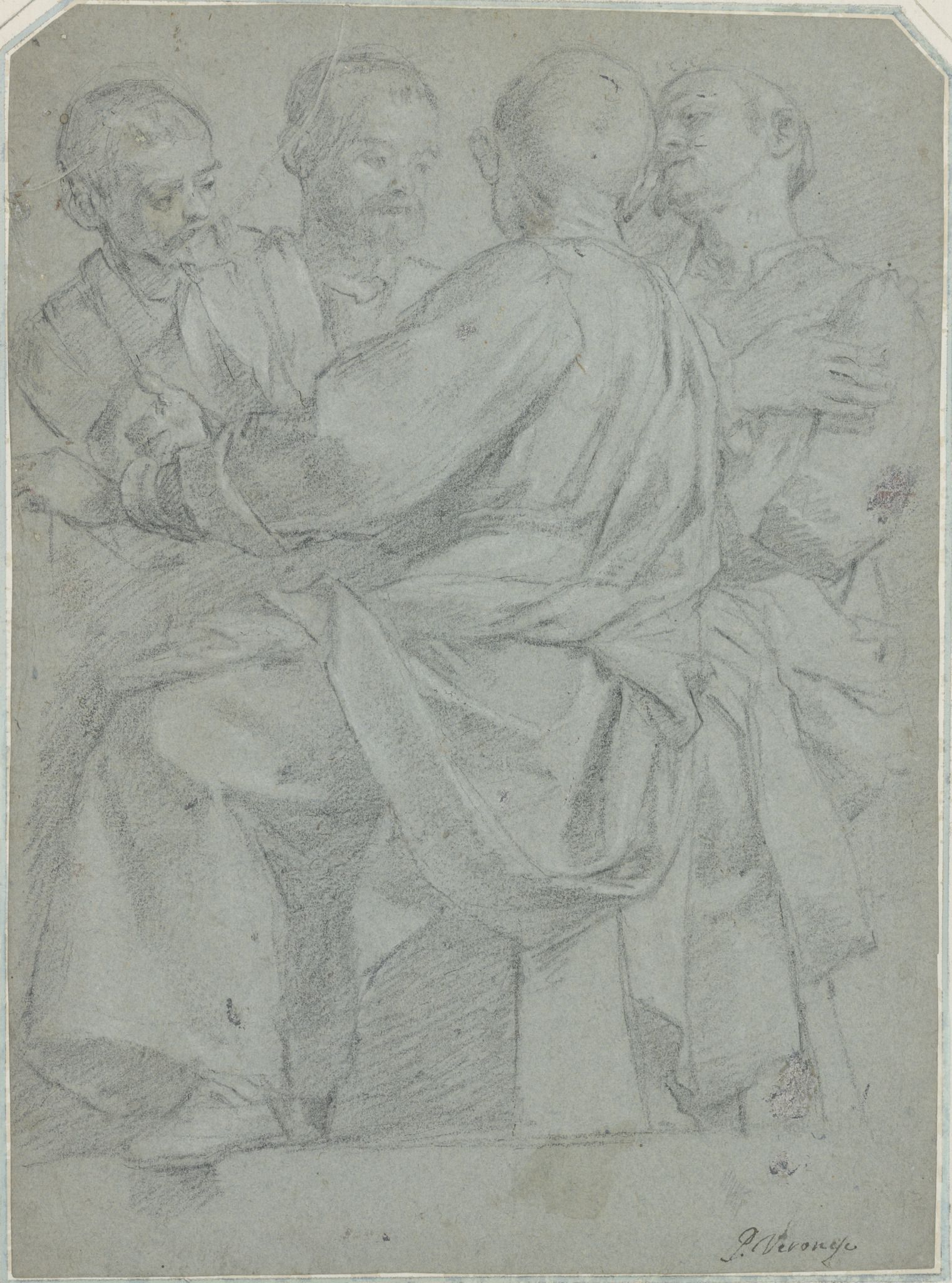 Bernardino Poccetti was one of the most important paint­ers of late sixteenth-century Florence. This preparatory study shows the figures on the right-hand side of The Last Supper, a fresco executed by Poccetti for the Florentine oratory of San Pierino. For this lunette, Poccetti has chosen a tricky space and a complex perspective. The coherence of his choice is revealed when the painting is seen in situ, from a low angle. The position of three of the characters in our drawing was transferred exactly as shown here. In the painting, the fourth apostle to the left seems less iso­lated: with his hands across the shoulder of the man near­est him, he peers forward in order to miss nothing of the conversation. The similarity of the physiognomy and cos­tumes of the four figures drawn here suggests that they were all studied from the same model, posed by Poccetti and then apparently grouped together for the drawing. This theory could explain the slightly artificial arrange­ment of the figures around the table, the volume of which appears somewhat truncated.