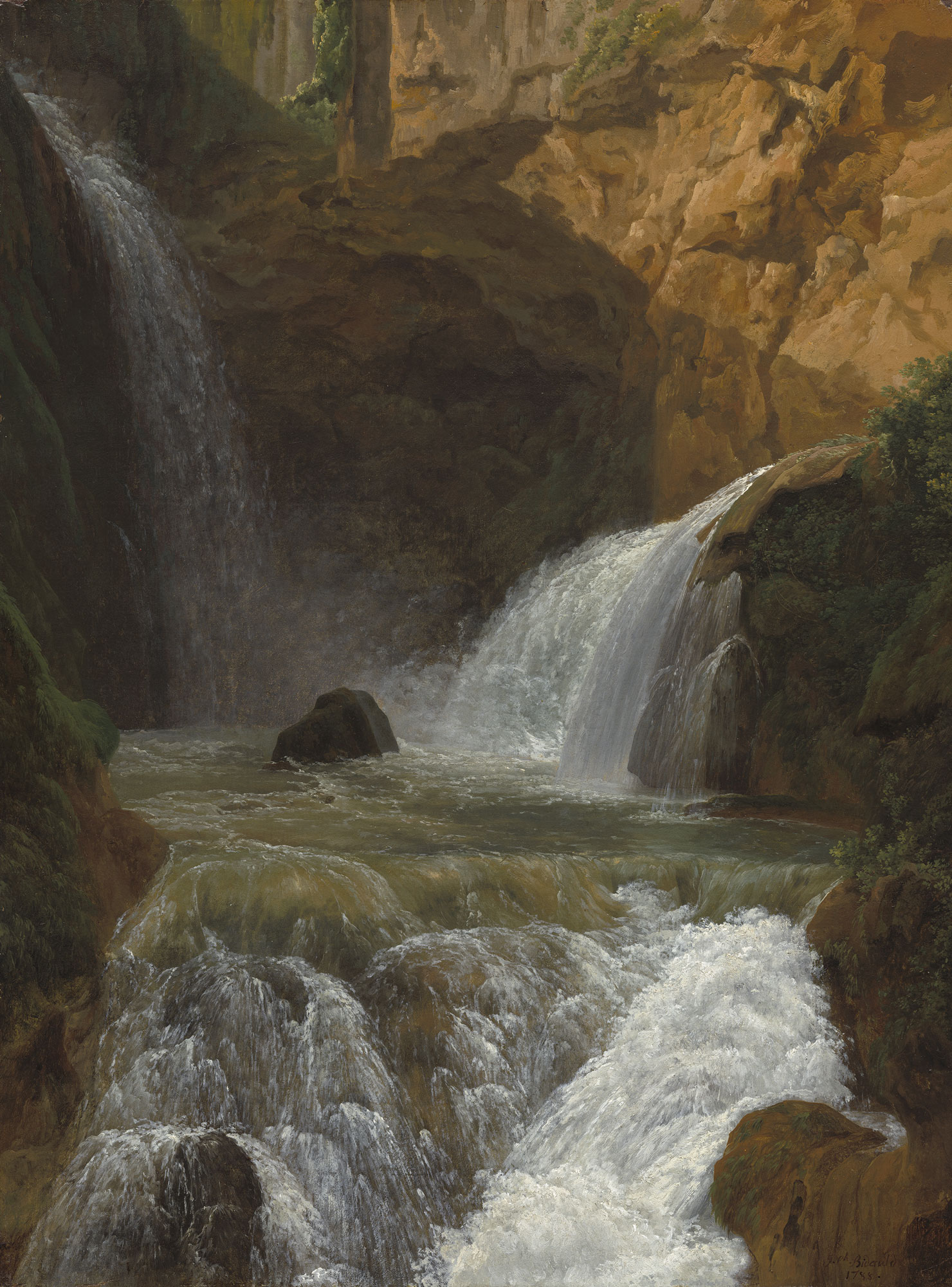 As the first landscapist to be elected to the Institut de France, Bidauld was crucial in establishing landscape painting as a legitimate and ambitious academic genre. During the five years he spent in Rome (1785-90), he regularly travelled into the countryside to paint and helped lay the foundations for the plein air oil sketch tradition. Bidauld’s fastidious approach, however, challenges the definition of a ‘sketch’. The artist famously spent hours before his motif, returning day after day to bring his outdoor paintings to a level of finish in line with his aesthetic values. He thus learned, as he put it, “to make studies by making pictures, and to make pictures by making studies.”1 In this view, Bidauld also ignored the familiar monuments of Tivoli, and positioned himself towards the lower end of the waterfall. A patient student of nature, he carefully recorded the range of brown-hued limestone and the textures and translucency of the water in the late-afternoon light. His sketches remained in his studio until his death, and their release in his estate sale of 1847 was something of a revelation for artists and critics who had judged Bidauld by his conservative Salon works alone.