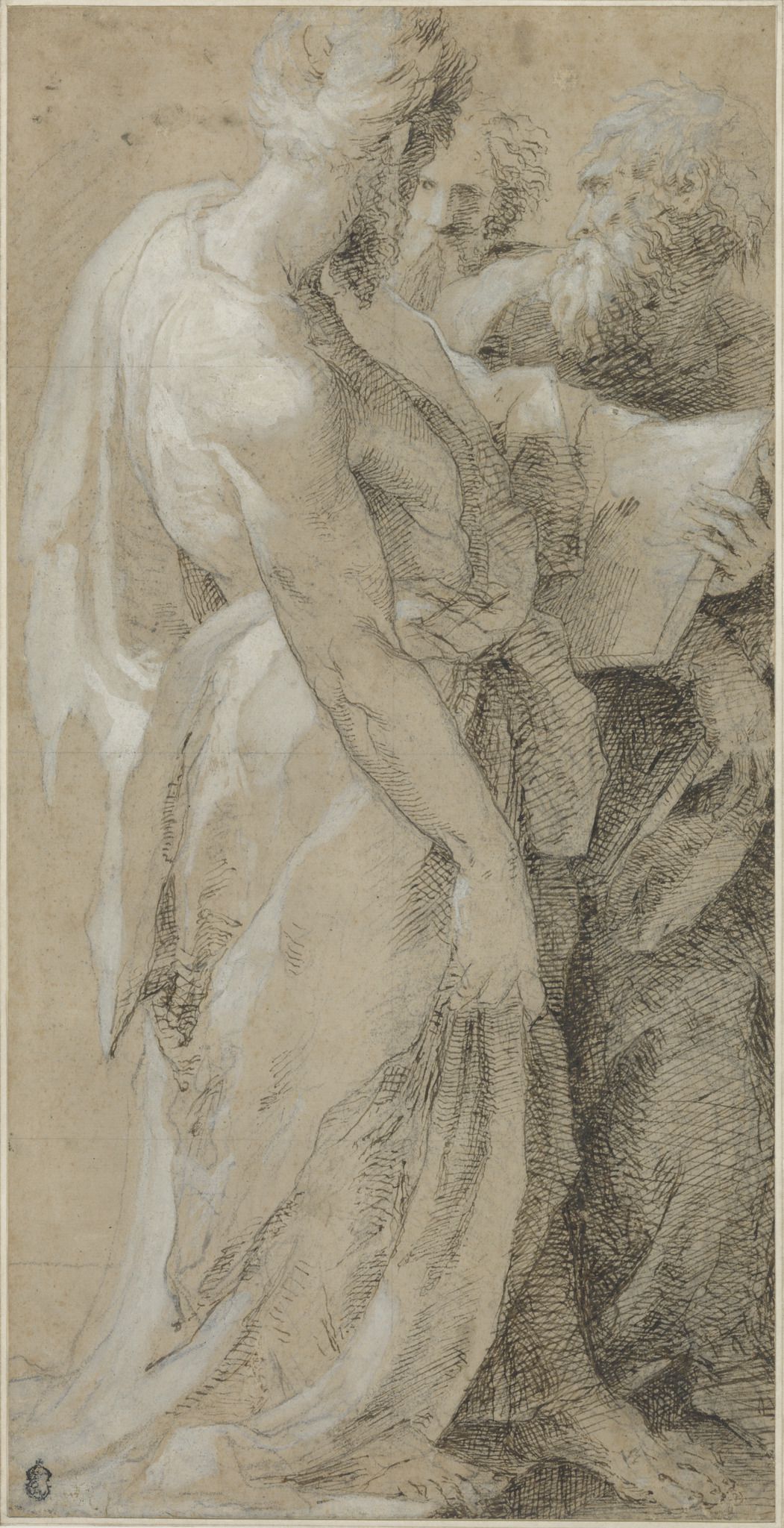 In its subject matter as well as in its execution, this masterly drawing by Domenico Beccafumi is comparable to the artist’s chiaroscuro prints. The elongated, mannered figures were part of the attraction of his style. The unity of this group of three prophets is not based on physical contact, but on an intellectual link. The impression we get of surprising them in mid-conversation is created by the positioning of the characters and by the glances they exchange. In turning his back on us, the prophet in the foreground excludes the spectator and, by doing so, rein­forces his connection to the two other men whose close­ness is emphasised by the cramped sheet. This central     figure reappears isolated and almost identical twice in the work of Beccafumi: in a preparatory cartoon for the paving in Siena Cathedral and in a drawing in Berlin (Kupferstichkabinett, Staatliche Museen zu Berlin).