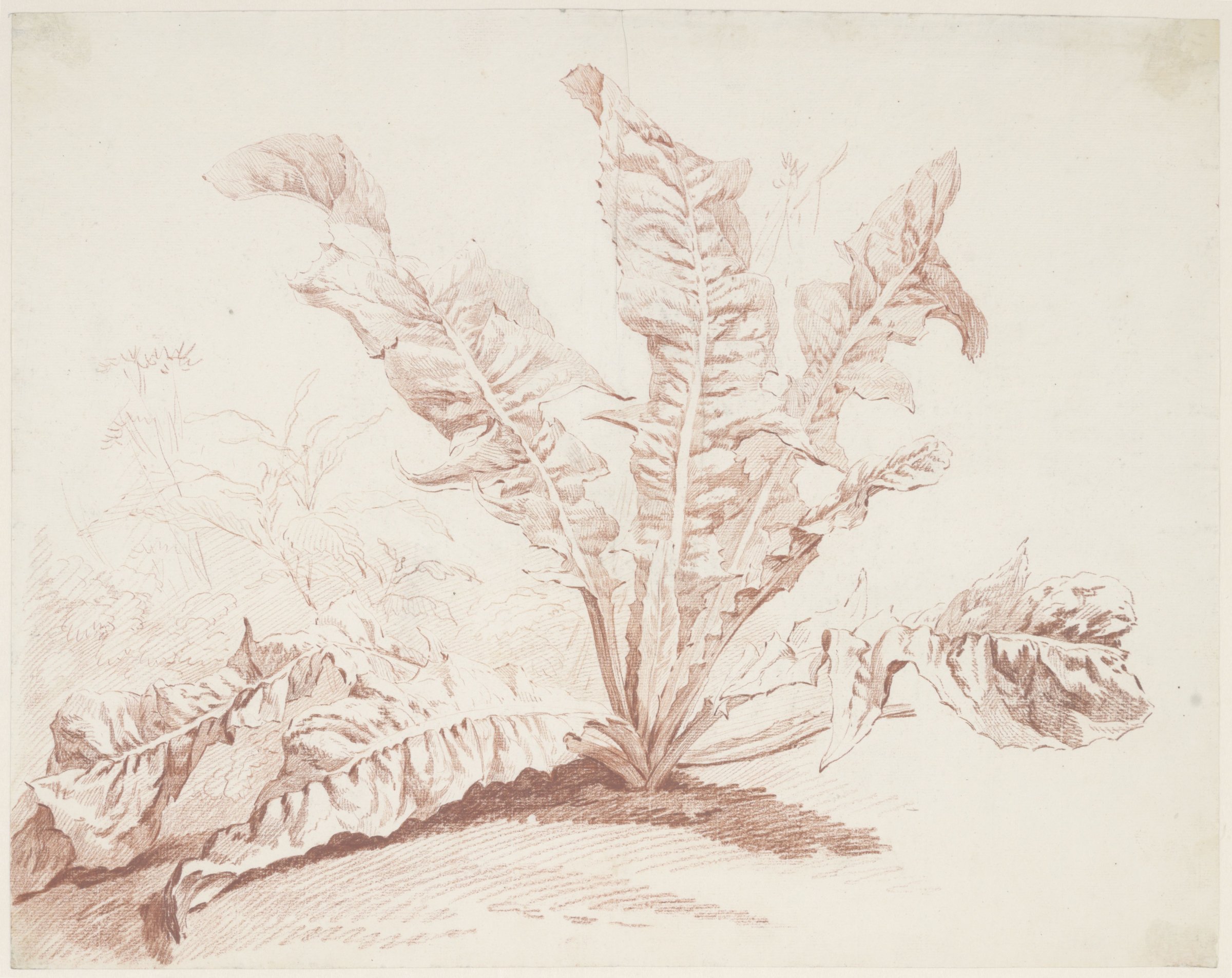 A pupil of Jean-Baptiste Le Prince (1734-1781), Huet was also directly influenced by the art of his elder Boucher (1703-1770).1 Received by the Academy in 1769 with A Mastiff Attacking Wild Geese, he matured his naturalist talent for landscapes, pastoral scenes and portraits of animals throughout his career. He was also a draughtsman and etcher with a particularly abundant graphic oeuvre, although his corpus has not yet been entirely reconstituted to this day.

As a true Enlightenment figure, Huet championed the sensualist aesthetics that advocated direct experience with nature. This accounts for the mention of a collection of natural curiosities in his posthumous inventory.2 Moreover, as the archives show,3 the artist probably spent most of his time in his house at Villiers-sur-Orge, and these rural surroundings explain why farm animals represent almost his entire animal repertory. As for his countless botanical studies, they described vegetables, and even weeds,4 which the artist would have laid eyes on every day. As such, our sheet is the result of these real life observations. Along with other studies from the same album – which resurfaced on the art market in 1986 – it shares the monumental make-up that confers a certain dignity on this humble subject. The artist developed his motif horizontally to make the most of the sheet’s large dimensions. But this botany study is above all a masterful study of light. With a painstaking use of red chalk, worked in narrow hatching and more or less emphasised accents that define spared areas on the paper, Huet sculpted the ridged surface of the leaves. By almost entirely isolating the subject from its natural context – only a few wide hatchings suggest the ground, while a tuft of herbaceous plants is sketched, just barely, in the left background –, the artist turned it into a fully-fledged aesthetic motif.

This unsigned sheet was probably not meant to be sold.5 The artist may have kept it in his studio as part of his catalogue of naturalistic subjects to introduce in his painted, drawn, or engraved compositions, as was the practice of the Dutch Golden Age masters. The plant with large fleshy leaves found in the left foreground in another drawing by Huet, Landscape with Waterfall in Tivoli, acquired by the Fondation Custodia in 1982,6 may well have also been the subject of a similar isolated study. MNG