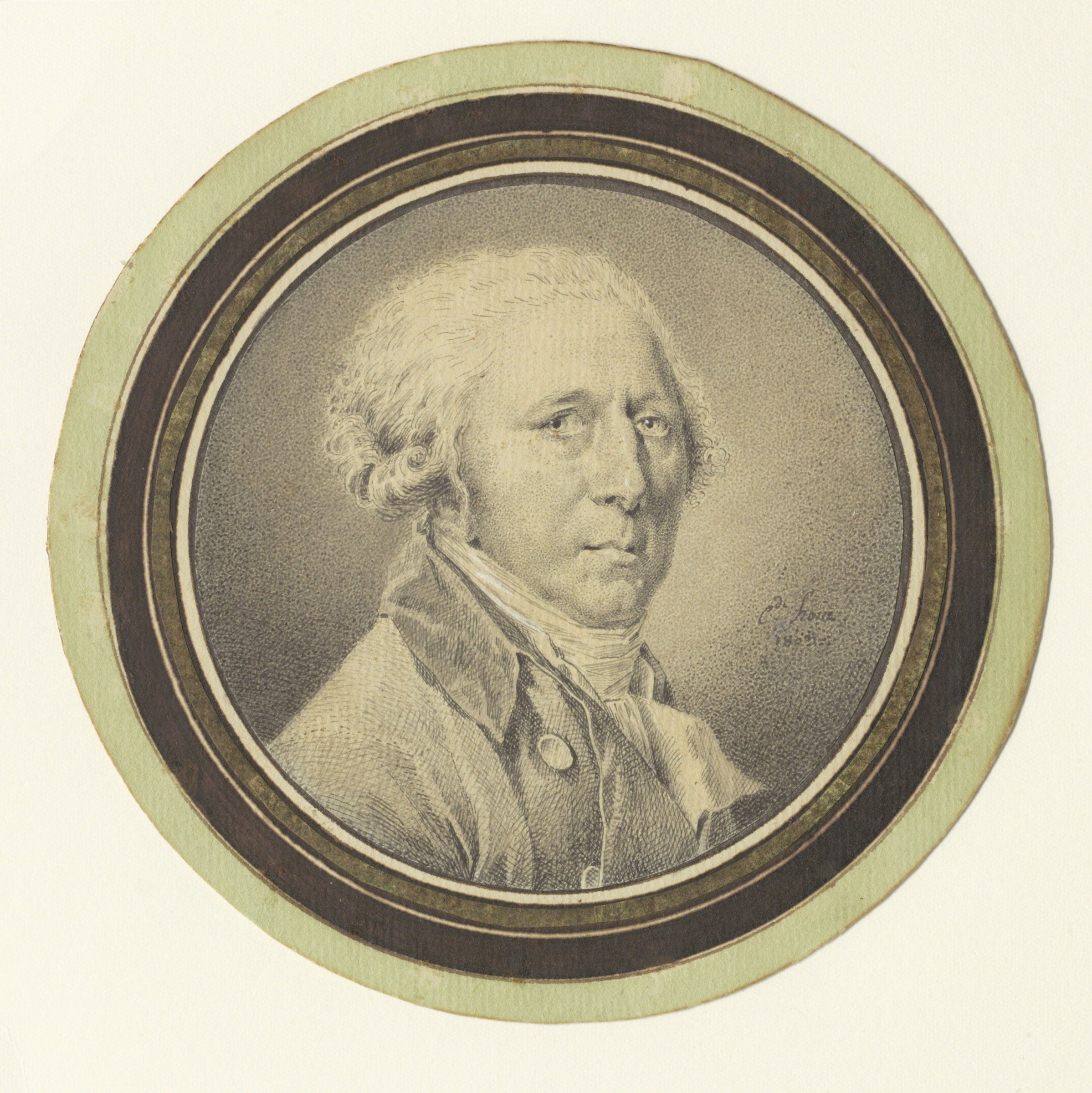 From very early on, Claude Jean Baptiste Hoin stood out as a talented draughtsman. He studied under François Devosge (1732-1811) – Prud’hon’s (1758-1823) master – and then, recommended by his fellow Burgundian Jean-Baptiste Greuze (1725-1805), he moved to Paris where he taught drawing at the Military School from 1778-1779. He never belonged to the Académie Royale, but was received in several provincial academies, before returning to Dijon where he became curator of the city’s museum. It is probably owing to Edmond de Goncourt (1822-1896) that Hoin recovered the position he holds today in French art: that of a talented minor painter whom we should not underestimate.

In 2004, the Fondation Custodia acquired a first drawing in his hand, a View of the Bois de Boulogne,1 c. 1779, which Hoin did during his strolls in the outskirts of Paris. Our elegant self-portrait, which entered the collections in 2011, was executed a year after Hoin returned to his birthplace. Drawn in pen, with two tones of grey ink and heightened with subtle white gouache – the reflection in the eyes, on the nose, on the upper lip and the necktie –, it is the work of a draughtsman who has fully mastered his graphic means. The modelling of the face is structured by a play of dots and short hatchings, a handling applied in the background as well. Hair and garb are described by longer, parallel or cross hatchings. Here, the luxuriant pen work and the variety of shades of grey call to mind the miniaturist’s art as much as that of the engraver.2 As Nicolas Schwed observed, he may have learned this technique from Devosge. It is also found in several of Prud’hon’s early drawings.3 More accustomed to pastel, Hoin proves his ease here in transposing the subtlest tonal variations in a monochrome technique.

The self-portrait is a subject that appears throughout the artist’s oeuvre, most frequently – as is the case here – in keeping with the conventional formula of the three-quarters portrait in a medallion. The close framing and the care given to the modelling confer on these works a noteworthy plastic presence and liveliness, characteristics especially true of the self-portraits of his middle years.4 MNG

Pen and grey ink, heightened with white gouache; laid down, in its original frame. – 114 mm (diameter)

2In fact, in 1786 the artist did an engraved portrait of his father Jean Jacques Louis Hoin, a surgeon in Dijon, who died in 1772. A copy is held in the collections of the National Academy of Medicine of Paris, BIU Santé, inv. no. anmpx18x1632 (engraving; no dimensions provided); see http://www.biusante.parisdescartes.fr/histmed/image?anmpx18x1632.