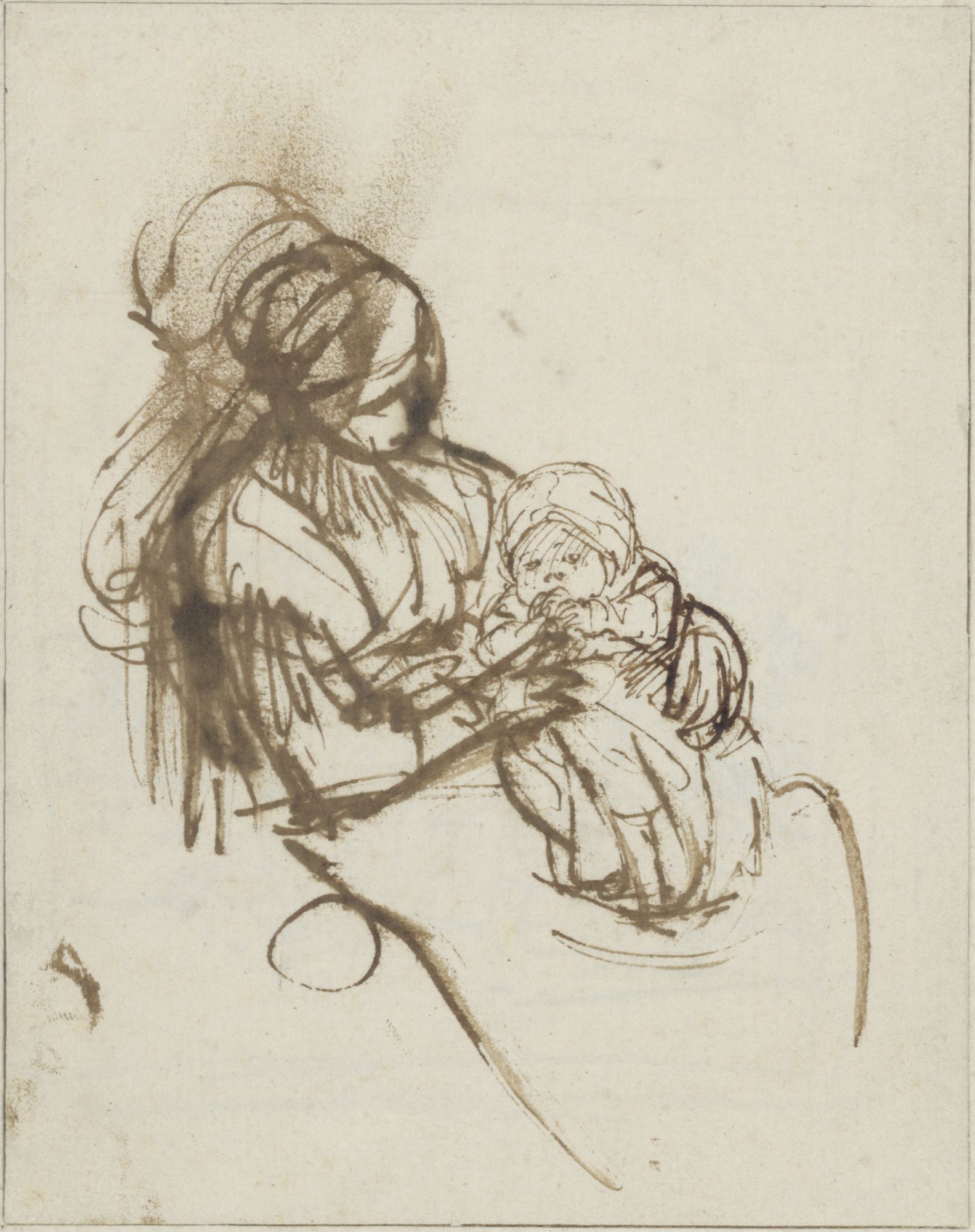 Rembrandt was fascinated by the subject of women and children. He often observed the intimate contact between an infant and his or her mother, wet nurse or maid and captured it on paper – mainly between 1630 and 1640.1 Sketches like this one consequently make up a large part of his drawn oeuvre. A hundred and thirty-five sheets of the ‘lives of women with children by Rembrandt’ (sijnde het vrouwenleven met kinderen van Rembrandt) were in an album owned by the painter Jan van de Cappelle (1626-1679) according to the inventory of his estate drawn up in 1680. Van de Cappelle acquired this album with numerous other drawings by Rembrandt at the sale of Rembrandt’s belongings in 1656.2 This sheet could have been part of that album, which was certainly arranged by Rembrandt.

Feeding children,3 teaching them to walk (see cat. 38) or playing games with them,4 are specific activities Rembrandt drew. This sheet of a woman and a child shows a more peaceful moment. The child on the woman’s lap is nestled safely in her arms. The little boy or girl has both hands in front of its mouth, possibly to suck its fingers. The child stares at the artist with eyes wide open – the white of the eyes are depicted emphatically5 – and the viewer is struck by this attentive look.

More than just an endearing image, this drawing also provides an interesting insight into the artist’s working methods. Rembrandt probably began by drawing the woman but, when he came to the child, he realized that the distance between their heads was too great.6 He consequently lowered the woman’s head a little and corrected the first lines using his fingers or a dry brush. He also reinforced the outlines of the better placed head by going over it with the pen, without rendering it in any more detail.7

1Colin B. Bailey and Magnus Olausson et al., Treasures from the Nationalmuseum of Sweden: The Collections of Count Tessin, exh. cat. New York (The Morgan Library & Museum) 2017, no. 53.