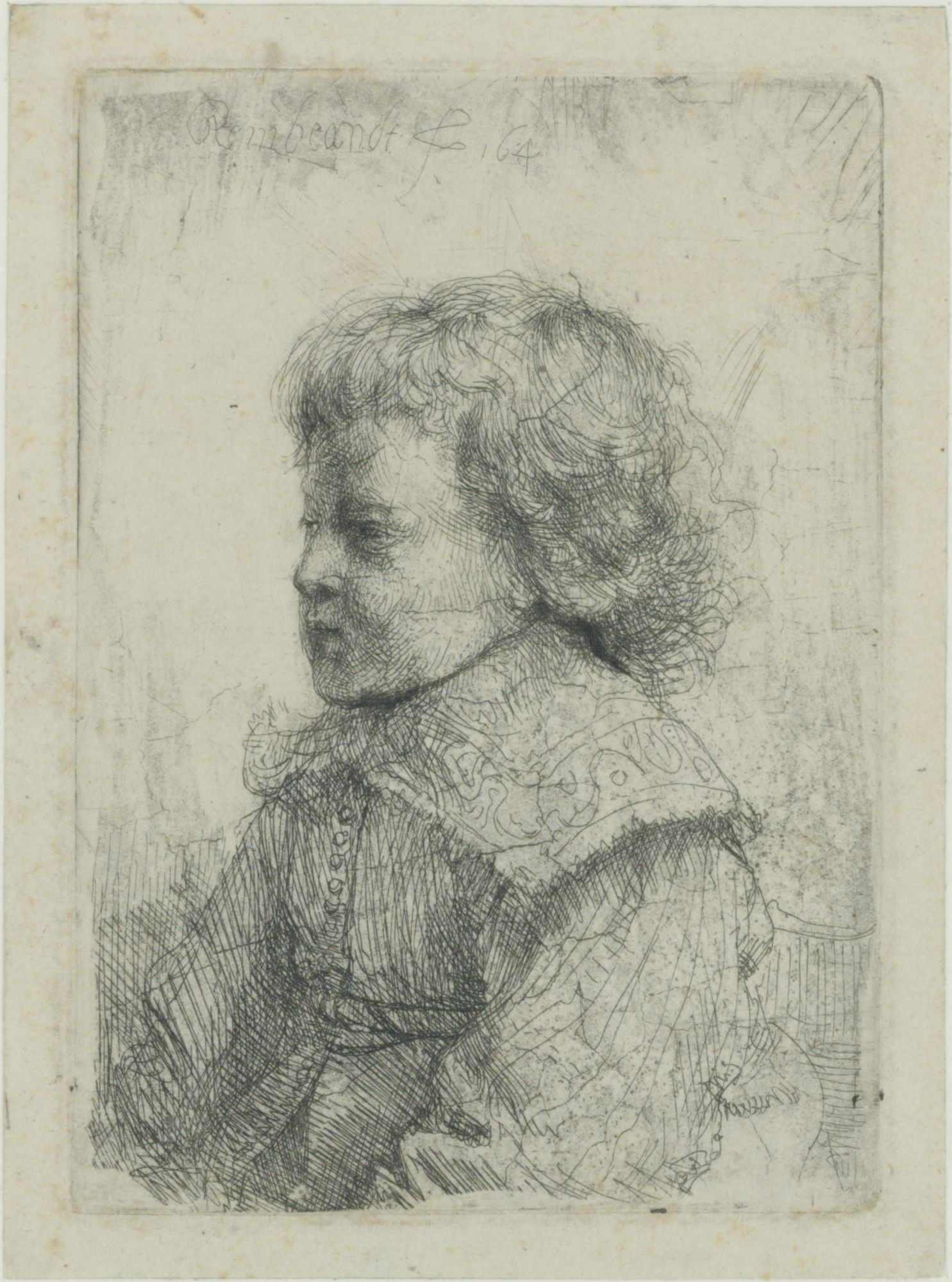 The copper plate of a portrait print was usually retained by the client.1 The plate for this portrait of a boy probably fell into the hands of the Amsterdam print seller Clement de Jonghe (1625/1626-1677).2 The inventory of his estate lists seventy-four copper plates, including schipr. Gerbrants soontjen (skipper Gerbrandt’s son).3 Cornelis Hofstede de Groot stated that it was likely that the boy portrayed here was this son of a ship’s captain, however we do not know who Captain Gerbrant or his son were.4 Earlier suggestions that the boy could be King William II of Orange (1625-1650) or Rembrandt’s son Rombertus (1635-1636) have been rejected.5

The fine lines and lack of contrast make the etching slightly transparent. Deep black can only be seen below the boy’s jaw, around his left eye and under his hair. Another explanation for the eeriness of the image is the damage the etching plate sustained in the acid bath, which resulted in the craquelure and the visible grain.6 As the etching ground applied by Rembrandt proved to be both porous and broken, it was not only the etched lines that were bitten, but also these cracks and faults.

A unique impression from the first state shows the full extent of the damage.7 This impression of the second state shows that Rembrandt tried to repair the etching plate. He burnished the plate again, particularly in the background, taking care not to lose the desired etching lines. This was not entirely successful: the tip of the boy’s nose was slightly planed down.8

1For example the etching plate of Jan Six (B 285) is still owned by the family and those of Jan Uytenbogaert (B 281) and Pieter Haaringh (B 275) were in the hands of their descendants until 1760 and 1707 respectively.