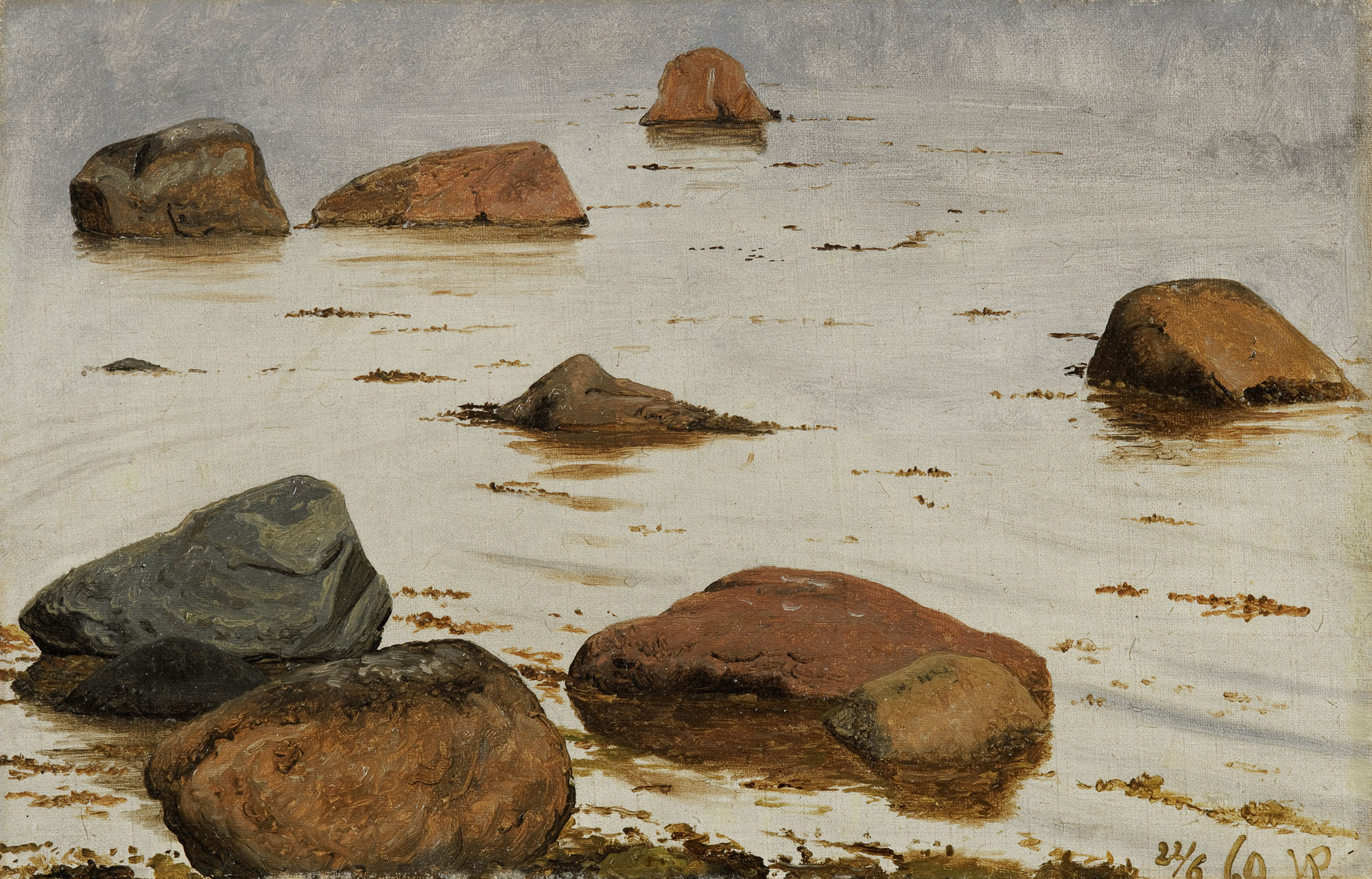 Initially apprenticed to a copper engraver, Kyhn entered the Academy in Copenhagen in 1836 and trained under J.L. Lund (1777–1867) and Eckersberg, who encouraged him to work en plein air. Throughout his long career as a successful landscape painter, Kyhn would also play an important role as an educator, teaching both drawing and painting at the Academy and founding a private school for women artists, who were denied formal academic training until 1888. He was faithful to the ideals of National Romanticism, and his portrayal of Danish coastal areas and fjords constitutes a central motif in his oeuvre. This close-up study of rocks in a body of water, dated and monogrammed 22/6 60 VK at lower right, was probably painted on the Jutland coast. The rocks are meticulously rendered in shades of brown and grey-blue, and the water is very still, reflecting the grey sky of the northern summer. The only movement in this quiet composition is suggested by a few delicate ripples in the water. It was purchased directly at Kyhn’s estate sale by Peter Ilsted (1861–1933), one of the leading Danish artists of the early twentieth century and brother-in-law of Vilhelm Hammershøi.