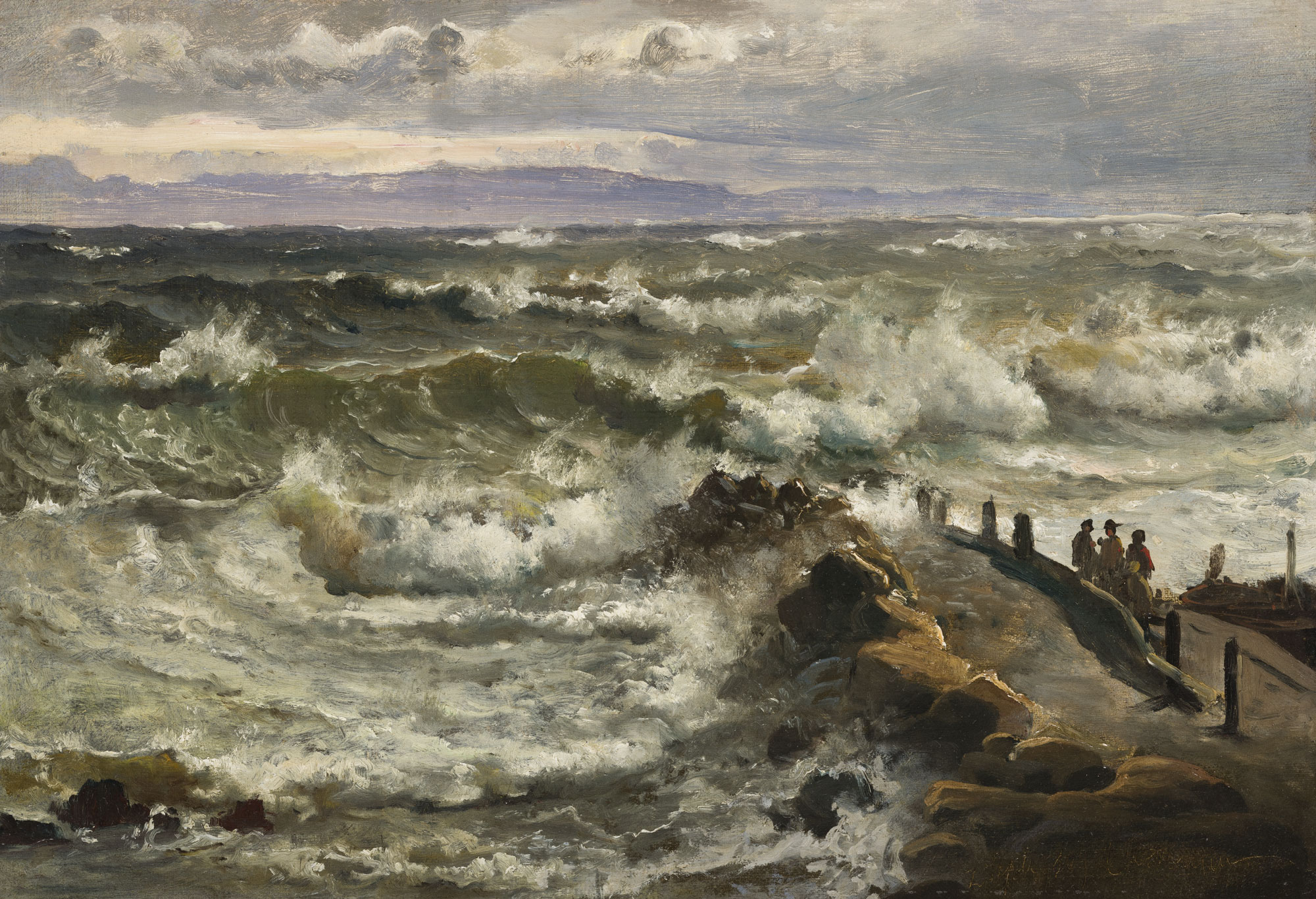 Born on the Island of Samsø, the Danish marine painter Sørensen was the son of a merchant and skipper, and sailed from a very young age. He attended the Academy in Copenhagen between 1843-46, where he studied perspective under Eckersberg, and took part in the decoration of the Thorvaldsens Museum in 1844. He accompanied a naval frigate to the Mediterranean in 1846, and from then on went on sea voyages almost every summer, bringing back numerous studies which would inform his studio paintings made in the long winter months. Sørensen was especially interested in the effects of different weather conditions on the ocean, and in this oil sketch he depicts a rough sea under a stormy sky. The water is rendered with tangible vigour and a remarkably free handling of paint, conveying the force of the wind whipping the waves’ crests into plumes of spray as they surge towards the shore. The small group of onlookers gathered on the jetty emphasizes the vastness of the sea and the allure of the elemental forces of nature. Satisfied with the result, the artist scratched his signature and the date into the still-wet paint at lower right.