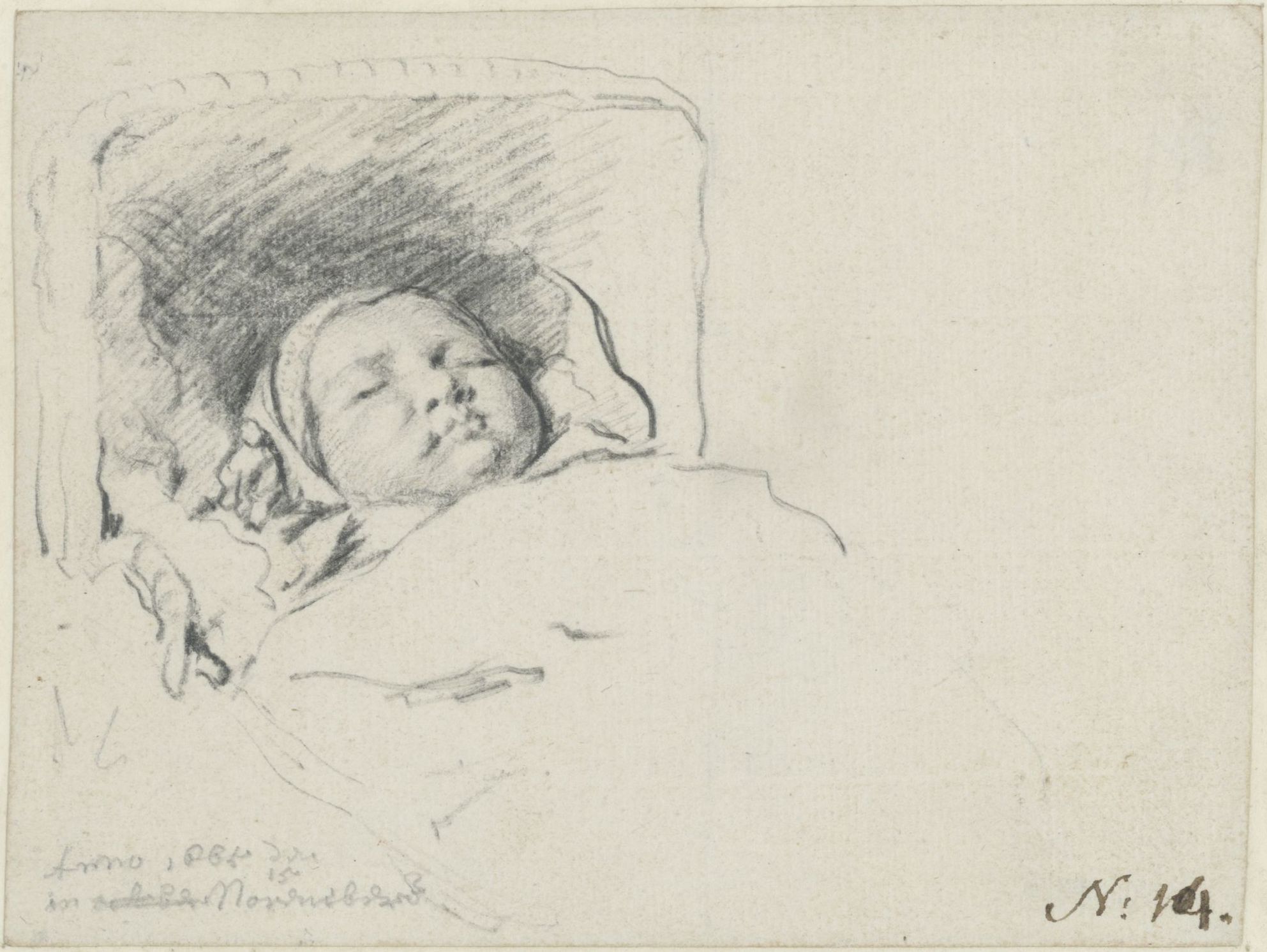 The Leiden fijnschilder Frans van Mieris appears to have had a preference for drawing in black chalk. Its effect was more or less the same as charcoal, with which, according to Arnold Houbraken, the young Frans used to wreak havoc all over the walls of his father’s studio when he was a child.1 Most of the thirty-five or so drawings attributed to Van Mieris were carefully executed on vellum, and evidently made for the market.2

In a small number of surviving drawings the artist tried to capture a pose or an emotion.3 In this case, the features are those of a sleeping child: the delicate modelling of the face with its chubby cheeks contrasts with the loose lines around it. The baby lies in a cradle. The deep black behind his head represents the shadow of the hood, and Van Mieris conveyed the woven edge of its wickerwork with just a few lines. The artist repeated this study in a more finished drawing on durable vellum, in which a nurse can be seen beside the child in the cradle and the two figures are placed in an interior.4

The provenance of the two drawings makes it clear that the subject is Willem Paets (1665-1740), who later in life became a prominent member of Leiden’s elite. Like his father, Cornelis (1636-1694), he went on to become the mayor of that city several times. As a young man Cornelis took drawing lessons from Frans van Mieris and in 1665, the year Willem was born, he commissioned the artist to paint the portrait of his wife Agatha Paets.5 It has been suggested that Agatha, who died in 1674, is the woman depicted in the worked-up version, but this is far from certain.6 The inscription on the drawing discussed here states that it was made in November 1665, when the young Paets, born on the 28th of August of that year, was two and a half months old. The inscription is not by Van Mieris, but was probably added by a member of the Paets family, which owned both drawings until 1751.7

7See exh. cat. The Hague/Washington 2005, no. 36; the inscription of the year 1664 on the sheet in the British Museum seems to be a mistake made by one of the family members.